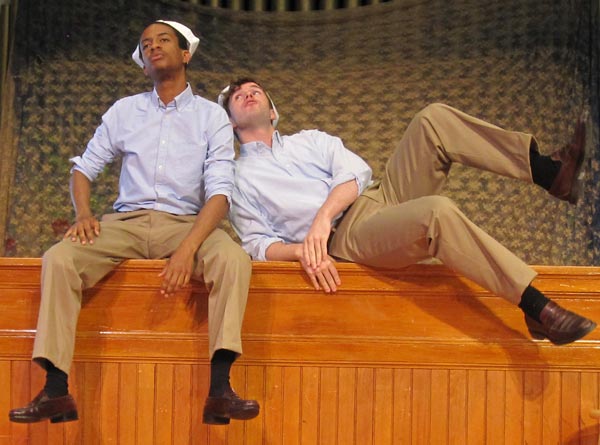 East Lynne Theater Company in Cape May presents the New Jersey premiere of Rodgers’ Romance from June 15 to July 23.  It’s a musical revue of the work by Richard Rodgers, Lorenz Hart, and Oscar Hammerstein II.  It’s also not your standard musical revue - it’s a trivia competition as well, with the winner of the night receiving a gift certificate to a local business. The production is also designed the way the songs would have been performed before the invention of microphones.  Instead of amplification, the show utilizes the wonderful acoustics in The First Presbyterian Church of Cape May, where the theatre company calls home.

The production is directed by David-Michael Kenney who first created the revue for Sellersville Theatre in 2004 and reprised it at Act II Playhouse in Ambler, PA in 2007.  Over the years he has stage managed and directed in Philadelphia, New York and California. He staged cabaret performances for Julie Wilson, Jane Norman (aka Pixanne), Rosie Carlino and Lois Sage. He has directed productions ranging from Pirates of Penzance to Always, Patsy Cline, and created Rodgers’ Romance. He wrote and produced numerous audience participation Murder Mystery Weekends performed in America, Canada, and the Caribbean. 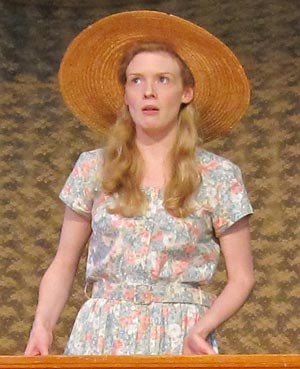 “Thirty-seven years ago, while I was in New York I saw the Broadway revival of The Most Happy Fella at the Majestic Theatre,” recalled Kenney.  “I believe that it was the last Broadway musical performed without the actors using wireless microphones.  For eight shows a week the cast would sing out and fill the theatre with their voices.  It left a lasting impression on me.  Those legitimate Broadway singers were truly vocal athletes. Those days are long gone.  Over the years, audiences have had their ears become accustomed to the tonal quality of amplified voices.

“My concept in creating Rodgers’ Romance was to have audiences once again experience singers performing songs as they were originally meant to be sung, without wireless microphones taped to their cheek bones or dangling from the center of their foreheads.  I wanted the singers not to have to surrender the control of the quality of their voices to the skill of the audio technician doing the mix.

“Also while in New York I worked on Randy Newman’s musical, Maybe I’m Doing It Wrong.  The cast consisted of two men and two women.  The show did not have a ‘book.’ It was simply song after song.  The emphasis was on his music.  Some songs were performed solo, some as duets and others by the ensemble.

“Combining the ideas of unamplified voices, and songs simply sung without a story line or dialogue was the premise for my concept.  The choice of composer and songs by that composer came collectively from the original music director, Edward W. Gaittins, III, and the original cast:  Chris Faith, Eileen Ward, Fran Prisco and Rebecca Hayes."

East Lynne Theater’s production stars Aaron Bell, Maggie Johnson, Clare O’Malley, and Patrick Burr.  The Music Director is Charles Gilbert.  According to Kenney, arrangements for the songs change based on the singers and the Music Director.  In addition, the staging changes based on the performance space and what the actors create with the director. 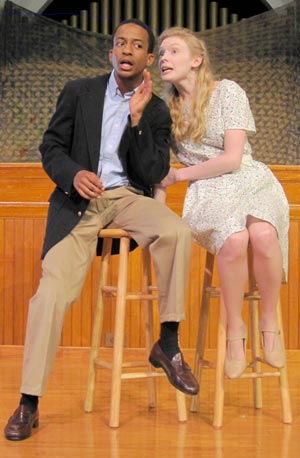 One of the challenges faced in choosing the cast was to find singers with strong enough voices to handle singing without microphones.  “More often than not we heard ‘pop music’ stylists who obviously count on having their voices amplified through a professional theatre sound system,” said Kenney.  “We have had the good fortune of finding and casting singers who not only can ‘sing out’ but know how to ‘act the song’ as well.  This makes for a truly unique experience for both the actors and the audience.”

Another challenge was in acquiring the rights to the two dozen songs in the show. When Kenney first approached the people at Rodgers and Hammerstein (R&H) for permission to use the music, they wanted him to select one of the existing R&H musical revues.  He explained what he was doing and how there were 24 songs he wished to use for a new revue.  It took a bit of negotiation and assurances to show that he had the same respect for the music that they had until they finally came to terms.

One of the most intriguing aspects of Rodgers’ Romance is how it combines a musical revue with a trivia contest.

“I have always loved ‘breaking the fourth wall,’ having actors and audience interact,” explained Kenney. “From this show’s conception, I wanted to include the audience. A sing along was an obvious choice but that’s been done.  But asking the audience to actually guess the song title and show from whence it came would be a fun challenge.  Add to that a prize awarded to the randomly drawn correct entry, and we now have a contest! The contest has been done with every performance and has proven to be great fun.”

Although known for their dramas and comedies, East Lynne has presented many musicals in the past as well.  Since 2000, they’ve presented shows like The O’Tooles Tonight!, Paul Robeson Through His Words and Music, Tales By Twain, Harry Reser and His Banjo, Over The Rainbow, and All The Things You Are.   Musicals and revues are often presented during the summer and have proven to be a good fit.

“Summer traditionally is a time of rest and reflection,” said Kenney. “It is more conducive to going out in the warm evenings.  People are more open to the human experience. The sound of the human voice singing, expressing a variety of emotions while telling a story, goes along nicely with that.”