originally published: 12/01/2013
(NEW BRUNSWICK, NJ) -- Marriage is difficult. Ask anyone that's ever been married and they're bound to admit that there are moments in time that threaten to unravel all of the good memories accumulated over the years. "Clever Little Lies" is about such moments. An outrageously funny comedy, "Clever Little Lies" offers more than just laughs. This well-written play (making its world premiere here) evokes the relationship tension of Edward Albee, the non-stop barrage of one-liners a la Neil Simon, and the morality of Arthur Miller.

"Clever Little Lies" begins in the locker room of Bill's gym where he has just lost a tennis match to his father. This, in itself, worries Bill, Sr. His son never loses. It's clear he's got something distracting him. He's always prided himself on being as much of a friend as a father; a situation that backfires on him here when his son reveals he's not only been having an affair, but is in love with a much younger woman -- a relationship that began while his wife was deep into pregnancy with their first child.

The father is sworn to secrecy about the affair, but is afraid Bill's mother will pry it out of him. "She has ways of extracting things out of me," he said. The mother, played by Marlo Thomas, runs a book store and laments how nobody goes to bookstores to buy books anymore.

"There was a girl who came into the store and asked 'Where can I find an F. Scott Fitzgerald?' I said, which book? She said, 'No, a t-shirt.' The worst thing is I had one to sell her!"

Marlo's impeccable comic timing is on display throughout the play. Despite having plans for the night, Alice senses there is something wrong with her husband. She manages to pry enough information to realize it has to do with her son and his wife, Jane. She insists they come over for dinner tonight, talking Jane out of her book club meeting and screwing up her son's plans with his mistress.

When they arrive, the son confronts his father about what did he tell her? The father replies, "I told her you had a man problem."

"She thinks you're impotent." 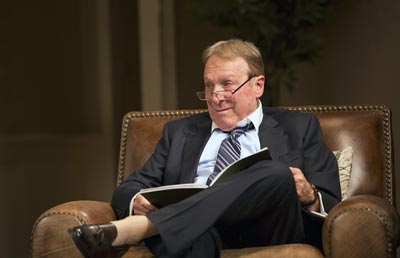 The night is one of many surprises as it's revealed that Jane doesn't want to return to work, something that is a shock to Bill, Jr. who had already made plans to spend more time with his mistress with his wife out of the house. Meanwhile, the mistress (who expected Jane to be at her book club) keeps calling Bill's cell phone. Jane, who admits to sensing problems in the marriage surprises her husband with a huge gift that only makes things worse. A web of lies built up over lifetimes intersect during the night. Truths are told that were never meant to be revealed, making everyone struggle to accept the reality of the situation. At one point, Bill, Jr. tries to comfort his wife by saying, "I want the marriage my parents have." His wife replies, "I was hoping for something better."

"Clever Little Lies" was written by Joe DiPietro and directed by David Saint. The play stars Marlo Thomas as Alice (the mother), Jim Stanek (Bill Jr.), Greg Mulavey (Bill, Sr.), and Kate Weatherhead (Jane). George Street has once again put together a simply stellar cast, but for me Jim Stanek steals the show with some of the best non-verbal acting I've ever seen. His character does more with facial expressions, slumping, and the way he walks than any writer could ever describe.

There are intense, powerful things happening between the lines here. While the play is laugh at loud funny, it holds a bold message as well. If you have a good marriage, this play will probably make you appreciate what you have. If your marriage is struggling, this may sound a wake up call to you. It's what theatre should always strive for -- to hold meaning above and beyond the stage. Highly recommended, but with enough adult language that you should keep the kids at home. 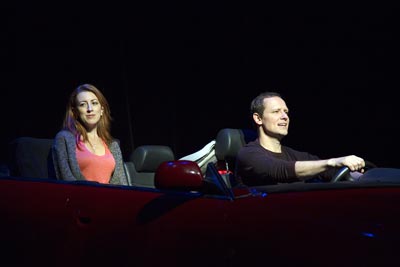 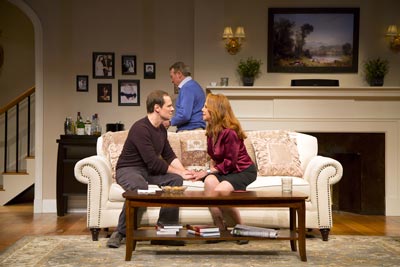