(PRINCETON, NJ) -- Princeton Boychoir’s spring concert, Journey On, will premiere on Saturday June 5 at 7:00pm. There will be an encore performance on Sunday June 6 at 4:00pm. Both performances will be streamed on Westrick Music Academy’s YouTube channel. In lieu of tickets, there is a suggested donation of $10, but any amount is greatly appreciated.

This special concert will feature all three PBC choirs singing music they learned during online rehearsal this spring. Journey On will include a variety of music traditions and will share the boys’ journey of joy and hope through song, reflecting on this challenging time while also looking to brighter days ahead. Journey On will be led by Westrick Music Academy Education Director and PBC Music Director, Fred Meads.

The boys of PBC range from 3rd to 12th grade. Selected by audition, they come from numerous schools in central New Jersey and eastern Pennsylvania and attend weekly rehearsals where they find their voices, build confidence, and build a life-long love of singing together. 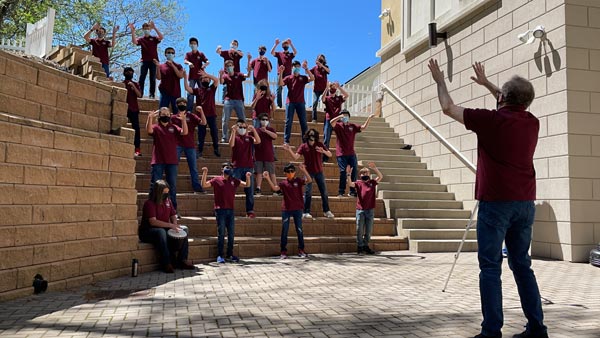 You can find more information on Princeton Boychoir’s Spring Concert, Journey On, on the Westrick Music Academy’s website.

Westrick Music Academy provides opportunities to grow in a supportive, inclusive, and joyous environment through the experience of musical excellence. Formerly known as Princeton Girlchoir, Westrick Music Academy (WMA) is the umbrella organization that houses Princeton Girlchoir, Princeton Boychoir, and Music Education Programs. The Music Education Programs offered by WMA are designed to serve both members of the organization’s flagship choirs and those in the broader community.