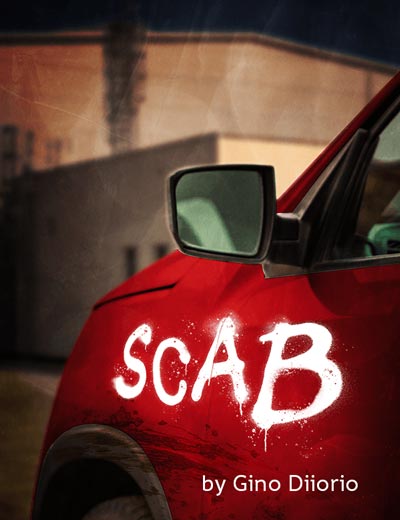 (UNION, NJ) -- Premiere Stages at Kean presents a free reading of Scab by Gino Dilorio on Friday, July 16 at 7:00pm on ZOOM.  The play was a finalist for the 2020 Premiere Play Festival and the reading is directed by John J. Wooten. The reading features John Anthony Torres and Kim Zimmer.

Scab is the story of Gilda, a middle-aged American woman tasked with training Eduardo, a young Mexican man, how to be a shop foreman when her factory plant moves to Mexico. Following the event, Diiorio will answer audience questions in a live Zoom webinar. Scab will receive a full production as part of Premiere Stages' 2021 season.

Selected from over 900 submissions, Scab is one of the five finalists of the 2020 Premiere Play Festival. Due to the pandemic, all readings during the Festival this year have been postponed until March 2021.

An annual competition for unproduced scripts by playwrights with ties to the greater metropolitan area (New York, New Jersey, Connecticut, Pennsylvania, and Delaware), the Premiere Play Festival perfectly embodies the theatres passionate and longstanding commitment to supporting emerging artists through the development and production of new plays.

Gino Dilorios plays have had productions at theatres all over the US including New Jersey Rep, Shadowland Theatre, Playhouse in the Square, Luna Stage, Arclight Theatre, Wellfleet Harbor Actors Theatre, Custom Made Theatre, Urban Stages, Seven Angels, Penguin Rep, The Garter Lane Theatre, and the Virginia Stage Company. He has won several awards for his writing including the Julie Harris Award (Darwin at Down) and the BBC International Playwriting Prize (Dead Ringer). His play Sam and Dede or My Dinner with Andre the Giant was given an Off Broadway production at 59E59 and the play would have been produced this March at the Washington Stage Guild. His plays are published through Samuel French and DPS. He is a proud member of the Dramatists Guild.