Two couples, longtime friends, are both pregnant with their first children. Renee and Dani have finally conceived after years of fertility treatments. We learn that eggs from both women have been combined with sperm from a donor (the show is set in a future where babies with three genetic parents are common). The other couple, Ann and Jamie, became pregnant on their first try, during a drunken night of partying.

But amidst the age-old excitement and worries of impending parenthood, Goldfinger weaves a dystopian thread: in this peaceful, well-run future, every pregnancy is carefully tested and surveilled. A mandate, agreed to by the citizens of this forward-thinking society, discourages the birth of children who might upset its balance. 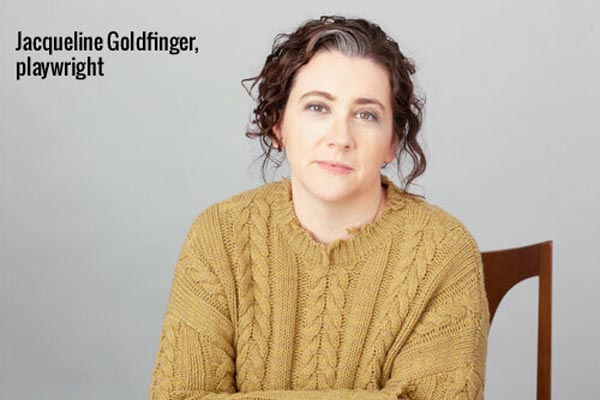 In her opening notes, Goldfinger writes: “Our story takes place in a future society where racial, ethnic, and gender bias has been generally replaced in mainstream culture by genetic bias. We can now chart and judge the genetic code of every individual before birth.”

In an email, Domingues wrote: “What struck me immediately was the humanity displayed by the characters; the imperfect love, the confused impulses, and the conflicting emotions that they all feel throughout the play.”

She decided to include "Babel" in Passage’s season this year in part because of the large number of families and children in the theatre’s own community; the most recent U.S. Census estimates that 26% of Trenton’s population is under age 18.

“There are a ton of parents out there who might be able to relate to the fear and questions that the characters of ‘Babel’ are facing,” says Domingues. “What world are we giving to our children? Who will our children become?” 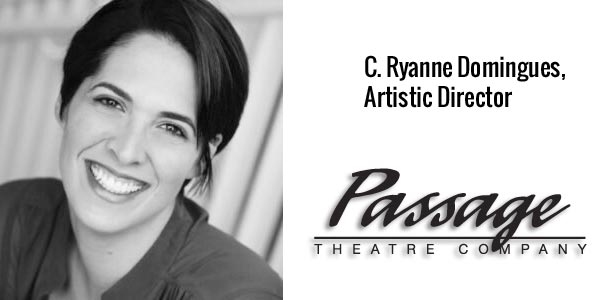 Many parents today already face hard decisions when given genetic information. But in Goldfinger’s play, prenatal testing has taken a quantum leap forward. In this perhaps not-so-distant future, genes predicting emotional as well as physical and mental aberrations can be identified. In the world of the play, every unborn child is tested and scored according to the “three-sided genetic dice of PRE-certification.” Without a pre-cert, children are not guaranteed acceptance in normal society. Parents are pressured to abort, quickly, and try again. Those who don’t face a frightening future in which their child will be tested again at age 18—and if they don’t pass this time, they face a dismal life in an underground village wearing ankle monitors and working at menial tasks.

But as Renee and Dani learn the results of their unborn child’s prenatal tests, once reasonable societal rules designed for the greater good suddenly become personal and problematic. At one point in the play, Renee tries to convince herself that the genetic guidelines that she and Dani are being asked to follow are a good idea: “We are safer. Resources preserved. The New Eugenics is the way.” But is it?

Goldfinger’s play addresses issues central to bioethics, the moral consideration of how advances in biology and medicine affect our lives. "Babel" puts forth an entertaining but ultimately disturbing portrait of a future-perfect world, implicitly asking us as viewers to consider what our choice would be: the security of the known, or a roll of the dice? 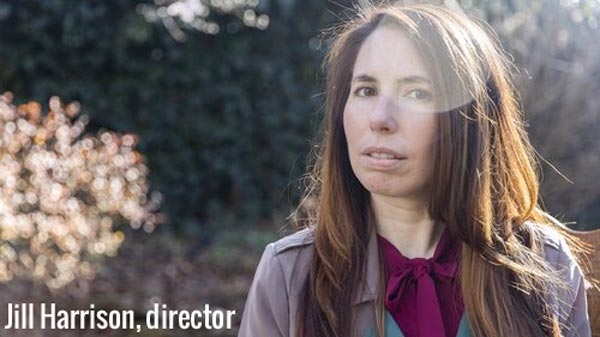 “It is a given that science will progress,” points out Jill Harrison, director of Passage Theatre’s production of "Babel." "What is not a given, and what I think Jackie [Goldfinger] reveals so genuinely and poetically in ‘Babel,’ is how humanity will balance and reconcile these scientific advancements with humanity’s inherent complexities and needs.”

Domingues and her husband are themselves the parents of a new baby and, like many others, they received genetic counseling early on. “Now that I have carried a child myself,” says Domingues, “I have a deeper understanding of how helpless one can feel at times when considering the health and well-being of their future child. Nothing is guaranteed, nothing is 100%. I think I see all of the characters in a new light now, and perhaps have a better understanding of how fragile they all feel at different times throughout the play.”

The title "Babel," of course, refers to the biblical story of a tower reaching towards heaven. It is a gorgeous structure built by people speaking one language and working towards a common goal. God, angry at the hubris of mankind in attempting such a godlike task, destroys their plan by giving the people many languages, "confusing" them so they no longer understand each other.

“Remember Babel?” says the character Renee, “Brought down a civilization and broke the world.”

But, unlike the biblical story, in Goldfinger’s play the babel, or confusion, is caused not by the creation of different languages, but by a growing recognition that each character is complex, with their own desires, beliefs, and values.

Groupthink, it turns out, is not as obvious or easy as it may seem at first glance.

The wonder and delight of this recently written play is its lightness when dealing with such big, weighty issues. In fact, a play like “Babel” might be the best way to approach thorny bioethical questions.

In a 2020 interview published by the South Philly Review, the playwright described a moment she experienced herself of waiting for uncertain test results while carrying her twins: “Luckily everything’s fine, but it was exactly that. It was getting these test results coming home, going down the Google rabbit hole of what does this mean, what could it mean?”

Perhaps because of her personal experience, Goldfinger approaches the situation faced by Renee and Dani with wry humor and more than enough compassion to go around.

"Babel" by Jacqueline Goldfinger and directed by Jill Harrison, will have its online premiere February 18 at Passage Theatre. The play will be available for viewing through February 21. A group discussion will take place February 20. "Babel" is part of Passage Theatre’s season theme of “Connections and Caregiving,” designed to use plays to explore how we can better connect and care. For more information about Passage’s season and for tickets to "Babel," visit www.passagetheatre.org.


originally published: 02/17/2021
About the author: Susan Wallner is a principal of PCK Media, an independent production company. She is the co-series producer of the public television program 'State of the Arts,' a job that has introduced her to a wealth of talent and artistic diversity over the years. Susan's documentaries and performance specials have aired nationally. Most recently, her profile of the writer, aviator and celebrity, 'Anne Morrow Lindbergh: You’ll Have the Sky,' won the 2017 Mid-Atlantic Emmy for Best Feature Writing (it was Susan's 15th regional Emmy win). Narrated by Judith Light and Lily Rabe, it aired throughout the country on PBS and PBS World, and is available on DVD. Currently, Susan is working on a documentary about the self-taught city planner, builder, and artist, Kea Tawana.
Content provided by Discover Jersey Arts, a project of the ArtPride New Jersey Foundation and New Jersey State Council on the Arts.