Pandemic-Delayed Album is Festive Follow-Up to Months of Isolation 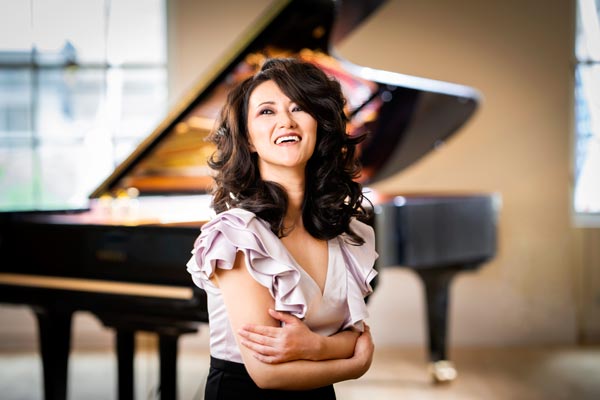 In December 2019, pianist Yoko Miwa and her trio appeared with vocalist Sheila Jordan at The Mad Monkfish in Cambridge, MA. Jordan sang the Billy Preston tune, “Song of Joy”, and, according to Miwa, “She used this song as an intro to a bebop tune. It stuck with me, and, after playing it with Sheila, I went back to hear the original version and thought, ‘Wow, what a beautiful song!’ The lyrics are amazing and totally fit with the message I wanted to convey musically: ‘With every note I play, I play with love. With every word I say, it’s coming from my heart.’”

“Song of Joy” became the inspiration for Miwa’s new album, Songs of Joy, on the UK-based Ubuntu Music label. The album was originally scheduled for release in November 2020 but was delayed until February of this year because of the pandemic. To say the album was a success would be an understatement. Six weeks after its release, it soared to Number 1 on the Jazz Week chart, and, at press time, after nine weeks, it was still at Number 4.

As for reviews, Chicago Jazz Magazine’s Hrayr Attarian wrote that the five originals and six standards “are infused with a captivating exuberance, and Miwa and her trio interpret them with a vibrant virtuosity and elegance. In addition to an infectious cadence and memorable melodies, the music contains intricately woven harmonies and delightful spontaneity.”

AllAboutJazz’s Dan McClenaghan described Miwa’s interpretation of Billy Preston’s “Song of Joy” this way: “tranquil and warm, as introspective and lovely as a song can be,” adding that “Duke Jordan’s ‘No Problem’ drives hard straight ahead, rollicking and rolling.”

When Miwa went into the recording studio after the pandemic-caused delay, she said she was “nervous since I hadn’t played with my trio from March to July, plus it was unusual to be wearing masks and social distancing. Going into the studio with new, unrehearsed material is very different from what we usually do. We usually play new material at our regular gigs, and, by the time we go into the studio, we know the songs very well. This time, we hadn’t been developing the songs on our gigs, but we have been playing together for many years, so it went very smoothly, and we are all happy the way it came out.”

Once the pandemic began, Miwa’s goal was to compose something every day. “I decided to write one song every day, no matter what,” she said. “I usually take as much time as I need to write songs, sometimes I can write one pretty quickly but that’s rare. Usually, I write down an idea. Then I work on it the next day. If I don’t like it, I just put the idea away in one of my many composition books. Instead, this time I tried not to overthink it and just play whatever I was feeling in the moment: happy, sad, faster tempo, Latin, swing, etc. I ended up writing too many songs to fit on the album so I had to decide which original compositions would fit in the program along with arrangements of other people’s songs I wanted to include.”

One of her original compositions on the album is “Largo Desolato”, which also happens to be the title of a play by Vaclav Havel. “That was just a coincidence,” she said. “I never heard of the play, but now I want to check it out. I was just playing with the images in my head about how I felt during the pandemic, and long desolation described what I was feeling. Long desolation wasn’t a great title so I just looked for the same words in another language and largo desolato sounded better, plus it seemed to fit with the Latin flavor of the tune. 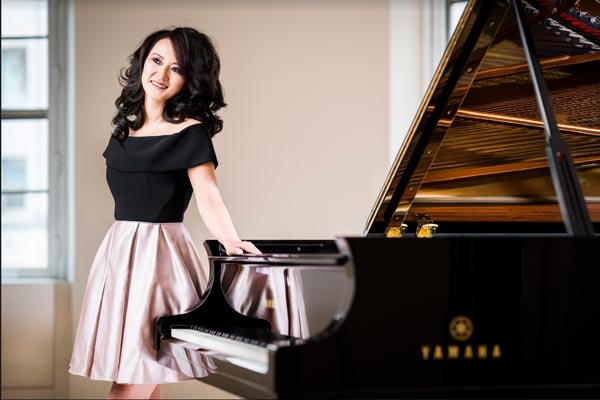 “My repertoire,” she continued, “is eclectic, and I’m always looking for something I want to play that inspires me, and it doesn’t always come from the world of jazz.” Another familiar tune on the album is Richie Havens’ “Freedom” (based on the traditional “Motherless Child”). “I was so impressed with his performance at Woodstock,” she said, “when I watched the documentary. ‘Freedom’ was a song he improvised after having played for three hours. It inspired me so much. I loved his spirit and energy, and I felt this was an important song that I wanted to include on the album.” AAJ’s McClenaghan thought Miwa approached “Freedom” with “a McCoy Tyner-like muscularity, backed by the dense rhythmic backdrop from bassist Will Slater and drummer Scott Goulding. It is a powerhouse, all-things-possible sound, spiritual and temporal at the same time.”

Miwa was also busy with online performances during the pandemic. “We were part of the East Coast Jazz Festival on March 20,” she said. “Six major jazz clubs on the East Coast presented a combination of online live streamed and pre-recorded video performances. It featured 60 notable jazz artists. I was presented by a club I perform at yearly, Blues Alley in Washington DC. We pre-recorded a 75-minute video performance with my trio in the same studio where Songs of Joy was done. That same video was rebroadcast April 30, which was International Jazz Day and was presented by the Herbie Hancock Institute.” 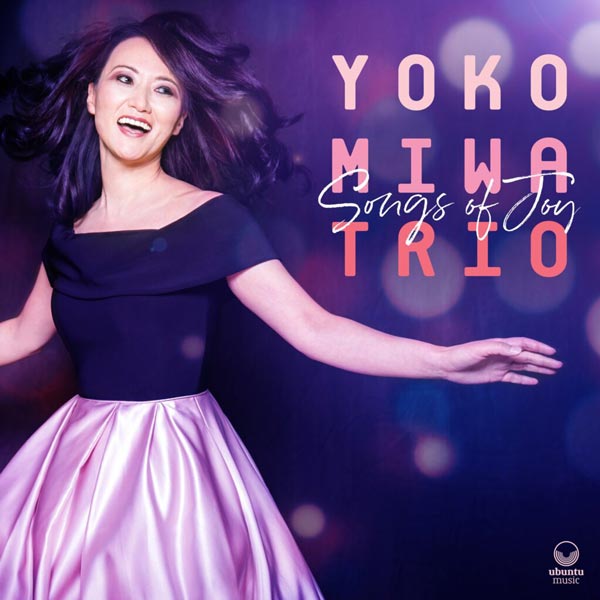 Schaen writes for the New Jersey Jazz Society (NJJS) - a non-profit organization of business and professional people, musicians, teachers, students and listeners working together for the purpose of advancing jazz music.