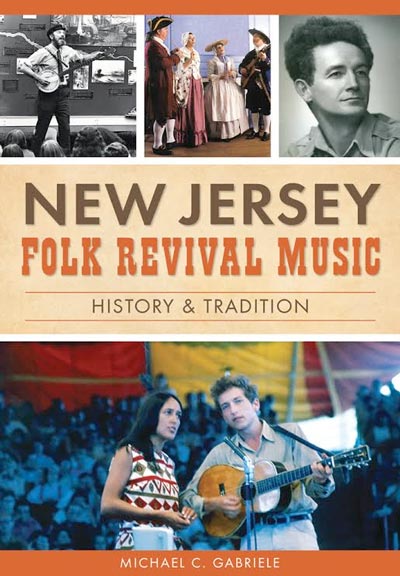 (NUTLEY, NJ) -- New Jersey Folk Revival Music: History & Tradition, the new book by New Jersey author and historian Michael Gabriele and published by The History Press, will be unveiled at a reception on Friday, December 9 at 7:00pm at the Nutley Museum. The event, sponsored by the Nutley Historical Society, is free and open to the public, but those attending will be invited to consider a $5 free-will donation per person to support museum operations. Doors will open at 6:30 p.m. and complementary refreshments, coffee, desserts and light snacks will be served.

Ron Olesko, the president of the Hurdy Gurdy Folk Music Club in Fair Lawn, a long-time writer for Sing Out! magazine, and a radio DJ with WFDU FM at Fairleigh Dickinson University, will serve as the keynote speaker and master of ceremonies for the event. In 1980, he launched the radio program “Traditions,” which he continues to co-host on Sunday afternoons. Olesko has had a front-row seat on the growth and evolution of New Jersey folk revival music, and he will share his insights.

“I try to get to know the performers as artists and have a more in-depth exploration of their music,” Olesko said, quoted in the book, outlining his 36-year mission as a deejay and the interaction with his listening audience. “This is music that’s a living tradition.”

Roger Deitz, an accomplished musician on the Garden State folk revival music circuit, will be the special guest artist for the reception. Deitz received the 2012 “lifetime achievement award” from the New Jersey Folk Festival. He served as a program director for the June Days Folk Festival, which was a major annual attraction in northern New Jersey during the 1970s and 1980s.

For more than 40 years, in addition to his musical performances, Deitz penned columns, feature stories, and reviews to publications such as Frets, Acoustic Guitar, Fast Folk, Billboard, and Sing Out! among others. His humor column "RagTag" has graced the last page of Sing Out! since 1995. The columns were collected into the book 15 Years of RagTag (illustrated by Ed Courrier). Deitz is the primary author of the section on "New Jersey and Popular Music" for the Continuum Encyclopedia of Popular Music of the World. He is the author of The Folk Music Chronicles, a book of essays, articles, and short stories. Roger serves on the Sing Out! advisory board and is a founding member of Folk Alliance International. 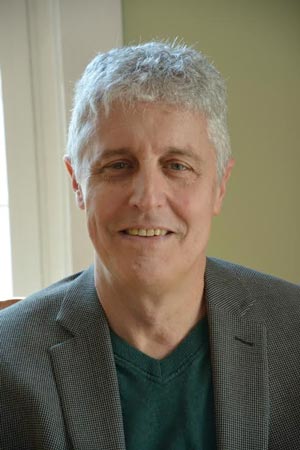 Gabriele’s new book provides a narrative on the evolution, traditions and history of folk revival music in New Jersey, from the days of bawdy tavern revelers and fiddle players in the 1700s; to the magical acoustic sounds heard throughout the Pine Barrens; to the advent of the “Guitar Mania” phenomenon in the mid-1800s; to monumental recordings made by Woody Guthrie, Paul Robeson, the Carter Family, Jimmie Rodgers and Cecil Sharp at the Victor studios in Camden during the early 1900s; to inspirational concert performances by legendary artists Joan Baez, Pete Seeger and Bob Dylan; to the growth of music festivals and organizations throughout the state; to the rise of bluegrass and new grass music; to the achievements of current world-class New Jersey musicians.

The book documents the Garden State’s vast contributions to this musical genre and examines the effects of folk revival music on local history and culture, as well as how it has changed lives—those on stage and those in the audience. It underlines the notion that folk revival music is a “living history” that builds upon time-honored traditions—creating poetry that speaks to the quiet dignity of everyday life, while addressing important social and political issues.

Millard Lampell, born in Paterson in 1919, who was a founding member of the legendary Almanac Singers and went on to become a major American author and screen writer, shared his thoughts on the nature of folk music in the July 1942 edition of the New Republic. Details of his career are included in the book. Lampell, in the New Republic article, asked the question: “What makes good songs?”

The answer is in folk music. The Spanish loyalists sing folk songs. The Red Army is singing folk songs and so are the Chinese. Folk songs [are] in the people’s language and in the people’s tradition. Songs made up yesterday and this morning. It’s about time for somebody to slap down the idea that folk music means archaic ballads and hill tunes.

Folk music is a living art of working people, writing about their own lives. It means assembly lines, wives and kids, love, and the sound of machines. It means saying it straight, with no tricky rhymes, strained puns and tortured metaphors. It means writing simply, with the color and imagery of an ordinary working man’s speech.

This is Gabriele’s third book published by The History Press. He also has written The Golden Age of Bicycle Racing in New Jersey (2011) and The History of Diners in New Jersey (2013). A lifelong New Jersey resident, Gabriele is a 1975 graduate of Montclair State University and has worked as a journalist and freelance writer for four decades. He’s a member of the executive board of the Nutley Historical Society and serves on the advisory board of the Clifton Arts Center.

The book will be available for sale at local bookstores throughout the state; online via the Amazon and The History Press websites; and during Gabriele’s public appearances, including the Dec. 9 reception at the Nutley Museum. The recently combined Arcadia Publishing and The History Press companies, based in Charleston, SC, are the largest publishers of local regional books in the United States.

The Nutley Museum is located at 65 Church Street in Nutley, NJ. Free parking is available on neighborhood streets.

The book is available from Amazon, and the publisher.