"Nobody Famous" - The Story Of Taylor Pie 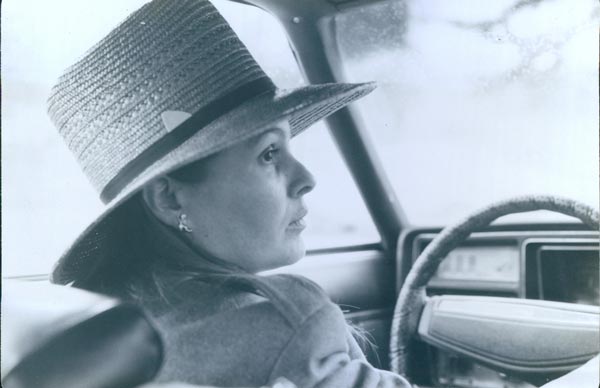 If you are a fan of “where are they now?” documentaries, you’ll love Nobody Famous, a film about Susan Taylor from the 1960s folk trio, The Pozo Seco Singers. It follows the quick rise and fall of a band and an artist who reinvented herself to follow her own path away from fame and outside of the spotlight.  It also offers a fascinating look at a music industry that no longer exists. Directed by Elizabeth Ahlstrom, the film has a virtual screening at the New Jersey Film Festival on Saturday, February 6th. The film may be rented and viewed from anywhere in the world.

The Pozo Seco Singers may be a footnote to history (one of the founding members was country music legend Don Williams) but the band had six songs in the Top 100 over a two year period from 1966-67.  They performed and had music played on popular television shows like “American Bandstand” and “Mike Douglas Show.”  When they began their rise, their manager was Albert Grossman whose client list included artists like Bob Dylan, Janis Joplin, and Peter, Paul, and Mary.  And they were signed to Columbia Records - the label that had the biggest folk artists of the day. But like many artists, their time on top was brief.

Following the band’s final album in 1970, the band members went their separate ways. The folk music movement had sort of run its course. Susan Taylor reinvented herself as Taylor Pie and released her first solo album in 1972.  She would go on release several albums and have a successful career as a songwriter with artists like Tanya Tucker, Bette Midler, and Mickey Gilley recording songs of hers.  In 2015, Taylor Pie was inducted into the National Traditional Country Music Association's Old Time Country Music Hall of Fame.

Director Elizabeth Ahlstrom is an Australian filmmaker who moved to Nashville about 13 years ago.  The documentary project came to her via Julian Chojnacki who she had worked on several music videos in the past. Chojnacki was a friend of Taylor Pie and asked Ahlstrom to come on board to co-produce and co-direct the documentary with him.  As luck would have it, Ahlstrom wound up directing the film herself when Julian had to leave the project.  The end result is her first film.

But first she had to convince Taylor Pie that the documentary was a good idea.

“She was very hesitant to start this,” recalled Ahlstrom.  “She was like, ‘Why does anybody want to make a film about me?’”

Many music documentaries about artists from the 1960s are filled with stories of drugs, sex, and political unrest between the Vietnam War and the fight for civil rights.   You won’t get any of that in Nobody Famous, but you can’t say Ahlstrom didn’t try. Through hours upon hours of audio interviews before shooting began, Taylor Pie let the director in on many secrets - stories which would have completely changed the direction of the film.

“It was incredibly frustrating as you can imagine,” said Ahlstrom.  “She would tell such wonderful stories and I would just be screaming internally! Like we NEED that in the film!”

“Throughout the making of the film, even though she became more comfortable with the idea of the documentary and started to trust me and the other people working on the film, she never wanted to go down the road as she used the term, ‘I don’t want to air my dirty laundry,’” continued Ahlstrom.  “So she was very hesitant about the film to begin with, began to trust us and started to enjoy making the film with us and being a part of it, but she didn’t want to go into her personal life.”

As it is, the juicy stuff was not needed.  Taylor Pie is a fascinating subject on her own: a young woman who was part of a classic tale from obscurity to national television appearances, jetsetting from concert to concert, and singles on the charts. Then just as quickly as it began, the fame ended.  Yet, she seemed more comfortable in her own skin living outside the public eye. She continued to make music, started a record label with a fan of her first band, and produces a house concert series.  Plus she’s got a wonderful down to earth personality that comes through in the film - even mixing drinks for the crew while the shooting rolls.

“One of the reasons we left that in the film was because we wanted to show the interaction between her and the filmmaker, because she was a lot of fun to work with at that point,” said Ahlstrom.  “It shows how easy going she was and just how unassuming… nobody famous wasn’t just a fun name we came up with.  It really is who she is.  She doesn’t care about any airs or graces or anything like that.”

Ahlstrom says she could see that personality come across from the first interviews they recorded off-the-record.  There were so many directions the film could have gone, but with her “dirty laundry” off limits, focusing on Taylor Pie’s personality and how she dealt with her early fame took center stage.

An equally important aspect of the film was showcasing the way the music industry was in the sixties.  It was an era when an episode of “American Bandstand” could instantly lead a single to the top of the charts and appearances on talk shows like “The Michael Douglas Show” could bring a level of fame we rarely see in the crowded talk show world of today.  Nobody Famous does a wonderful way of recreating that time period.

“That was my one of my and Alison Goedde’s favorite things to do,” said Ahlstrom.  Goedde was the film’s editor and co-writer.  “What’s interesting is we did not get a lot of our media until two and half years into the making of the film.  In fact, we changed direction a little at that time when we came across all this incredible media - incredibly expensive media - and fought hard with regards to the budget and everything to make it happen.  It’s just such great stuff. We then decided to part in all of the historical context, which was a late decision also.  It was just so much fun going through all of that when we were editing the film and putting it together.”

“Nobody famous” was a phrase that Taylor Pie used to describe herself.  Ahlstrom thinks it was her when of saying, “I’m not that important.”  But Taylor Pie did have a period of fame and was connected to famous people in ways most people will never experience. And her story makes for a very fun documentary.

“We felt it was important in this time to have something that was fun and light and where people could walk away saying, ‘You don’t have to be famous in order to have a life of meaning in any given career whether it be music or anything else,’” said Ahlstrom.  “You can find a way to experience joy and fulfillment without having what society might deem as success or fame.”

The New Jersey Film Festival is presented virtually due to the pandemic.  It runs now through February 21. Films may be rented and viewed from anywhere in the world. Screenings are available for 24 hours on their show date. For more information, visit www.njfilmfest.com.