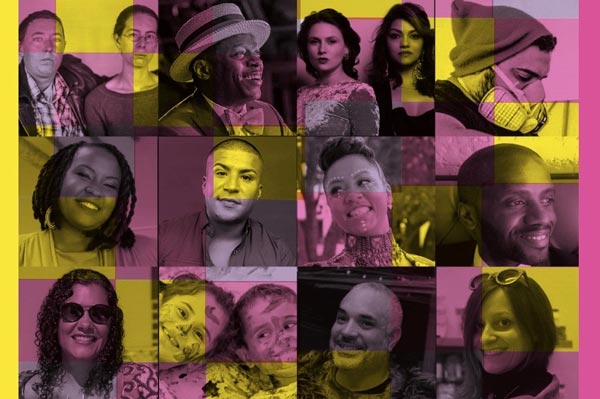 (NEWARK, NJ) --  Newark Arts’ annual Open Doors Citywide Arts Festival (Open Doors) will feature some of the biggest names in the art world. From October 11-15, this celebration of groundbreaking artistry will invite Newarkers and visitors into the exciting world of over 200 happenings at cultural institutions, artist studios, pop up exhibits, and nightly gallery crawls.

The official opening night kicks off Thursday, October 12, 2017 with a solo exhibit by internationally renowned abstract expressionist, Danny Simmons, at Fownders Gallery in the Newark’s University Heights district. The brains behind Def Poetry Jam, Simmons is the older brother of mogul Russell Simmons and hip hop icon, Rev. Run of Run DMC. Simmons has established popular galleries in Brooklyn and Philadelphia. He is the co-founder and Chairman of Rush Philanthropic Arts Foundation.

Thursday’s opening night festivities also include Willie Cole: Made in Newark, a solo show at CoAD Gallery at NJIT, featuring new and retrospective works by Cole, a Newark native and internationally acclaimed visual artist. A conceptual artist, Cole is known for his innovative merging of common everyday objects—shoes, hairdryers, ironing boards--and African inspired motifs. Cole’s works are at major galleries and museums across the globe, from the Newark Museum to the Metropolitan Museum.

The exhibit, which debuted in 2014 at the Schomburg Center for Research in Black Culture, Long Gallery Harlem and La Maison d’Art, honors Dr. Shange through 10 commissioned artworks by nationally acclaimed artists. Each work highlights issues impacting the lives of women of color, touching on themes in Dr. Shange's poems like sexuality, race, sisterhood, violence and self-love. Dr. Shange, an acclaimed writer, educator and performer/director, will appear at the Saturday opening.

Visit newarkarts.org/opendoors for all festival details.

Newark Arts’ mission is to power the arts to transform the lives of those who work, live and play in the great city of Newark, New Jersey. Established in 1981, Newark Arts advances and expands the resources and offerings of arts and cultural organizations in the great city of Newark, New Jersey. Newark Arts provides leadership, direction, and technical assistance through partnerships with artists, arts administrators, community organizations, community development corporations, planning groups, economic development agencies, and government agencies as well as the general public. For more information, visit www.newarkarts.org