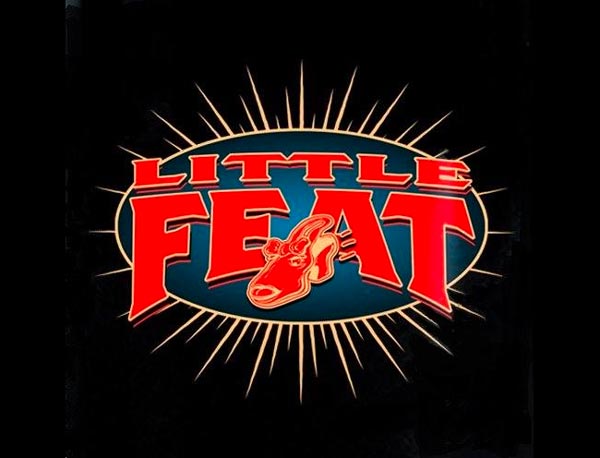 The Little Feat By Request Tour with special guest Jack Broadbent lets you choose their set list. Request your favorite songs online and they just may play your choice!

Fifty-two years of great music doesn’t squeeze down to one page very easily.   “Dixie Chicken,” “Oh Atlanta,” “Willin’,” “Let it Roll,” “Spanish Moon,” and “Fat Man in the Bathtub” are just the merest hint of a repertoire that has inspired more joy and more dancing than you can imagine. Their album Waiting for Columbus is a consensus contender for the finest live rock and roll album ever recorded.

Scott (Gregg Allman Band) and Tony (Olabelle, Chris Robinson Brotherhood, Midnight Ramble Band) will be new to most Feat fans.  Fortunately, they’ve both crossed paths with the band many times over the past decade, and they fit as elegantly and comfortably as a perfectly broken-in pair of jeans.  They were born for this.

So is the audience, which is why they’re going to join the band and choose the setlist for every show on this first post-pandemic tour.

More than fifty years in, they’ve been up and they’ve been down and they know where they belong—standing or sitting behind their instruments, playing for you.  And anything’s possible, because the end is not in sight.

Also performing is Jack Broadbent. Hailed as “the new master of the slide guitar” by the Montreux Jazz Festival and “the real thang” by the legendary Bootsy Collins, Jack Broadbent has spent the past few years wowing audiences across the globe with his blend of virtuosic acoustic and slide guitar and blues inspired vocals. His songs can span from a beautiful folk ballad to straight-ahead rock and roll.