Makin Waves Record of the Week: "Simple Times" by MattyPasq 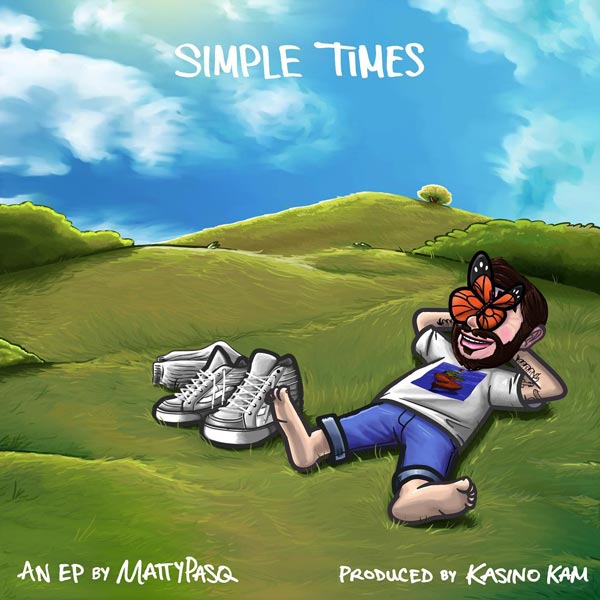 Since 2014, Jersey Shore rapper MattyPasq has kept busy releasing dozens of singles, EPs, and LPs as a solo artist and a member of the trio TrapBang. This summer, he released his latest solo EP, “Simple Times,” and I’m glad I finally got to catch up with it. Fans of the great Jersey City trip-hop duo P.M. Dawn will dig the four-song rap-adelic collection, which was expertly produced by Fresno beat master Kasino Kam.

The brief but powerful EP opens with the trippy but romantic pop nugget “Little Angel.” The flowing pop continues with the Caribbean-tinged, vibes-driven “Atlantis.”

While the first two tracks are well-crafted on the poppy side of trip-hop, the last two take a much more confessional and experimental approach. A chronicle of survival, “Best Life” boasts a tasty bridge with rapid-fire rhyme and faucet of emotion set to steel drum-like effects.

Ironically, “It Takes Time” features more swift flow cramming many rhymes throughout its 4 minutes as it looks at the slow development of peace of mind. A cool accordion-like effect pulses and warbles throughout adding musical uneasiness to reassuring lyrics. I love the layers of vocals that seem to drown out the suggested peace of mind until they abruptly are reduced to one at an equally abrupt but powerful end.