Lisa Bouchelle & The Bleu Sign With Sony Music's The Orchard 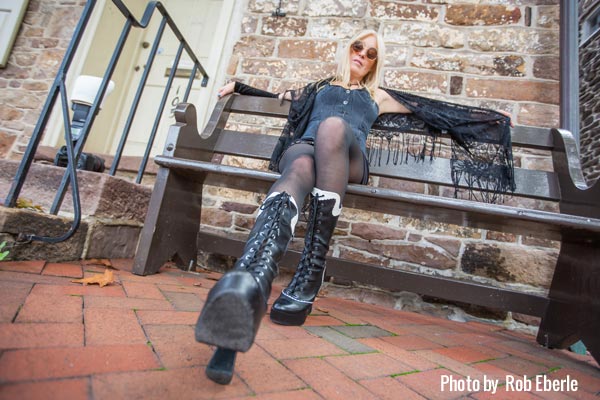 Bob Frank Distribution, in association with Sony Music’s The Orchard (formerly Sony/RED), have announced the signing of Americana Pop artist Lisa Bouchelle & The Bleu. A new, as yet unnamed, release is scheduled for the spring of 2021, in conjunction with the start of a summer tour.

Bouchelle has sung backup for Bruce Springsteen, dueted in concert with Jon Bon Jovi on his hit “Who Says You Can’t Go Home,” and has toured with and/or opened for Blues Traveler, Bryan Adams, Shooter Jennings, Jason Mraz, Colbie Caillat, Meat Loaf, Train, Ingrid Michaelson, The Nitty Gritty Dirt Band, America, Don Felder of The Eagles, and The Wailers, among others.

Bouchelle’s previous EP release, Lipstick Tomboy, garnered several million streams and hundreds of thousands of YouTube views. It received airplay on notable Triple A radio stations such as WXPN in Philadelphia, KCSN in Los Angeles, WFUV in New York, and WBJB in New Jersey, as well as on SiriusXM, and was awarded the Disc of The Day prize by legendary MusicRow columnist and tastemaker Robert Oermann. It was featured on the AXS.com website, the M Music and Musicians Magazine website; was the featured monthly video in New Jersey Stage Magazine; and a Top 20 Download on the Daily Play MPE Chart.

Bouchelle has also appeared in a number off-Broadway shows, appeared in an episode of the hit TV show Gossip Girl, and hosts the syndicated TV show Rock Star Kitchen, which is seen twice weekly on The Comcast Network in the mid-Atlantic region of the U.S.

“…She can stand toe-to-toe with any of her songwriting contemporaries…" - Pete Fornatale, the late, great, legendary SiriusXM Syndicated Radio Host

BFE (Bob Frank Entertainment) is distributed through The Orchard/Sony Music, and was formed in 2012 by longtime entertainment business executive Bob Frank. Frank was the co-founder and president of E1 Music, as well as Koch Entertainment and the digital syndicator Qello. BFE distributes releases from artists such as Ani DiFranco, Lukas Nelson & Promise Of The Real, Dave Davies, Bobby Bare, Aaron Neville, Alice Cooper, and Deep Purple, among others.