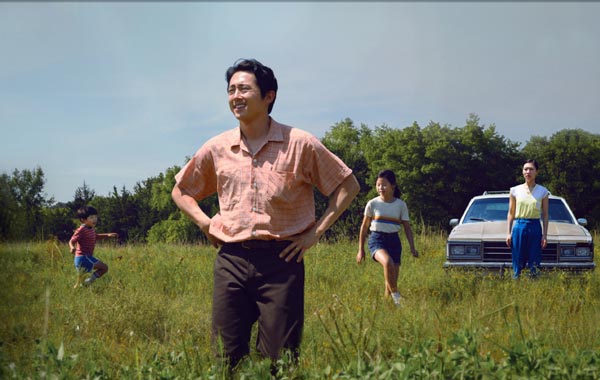 (LONG BEACH ISLAND, NJ) -- Available screening slots are going quickly for Minari, which is available virtually by the Lighthouse International Film Society (LIFS).  Screening slots run until February 25th. Minari stars Steven Yeun,Yeri Han, Youn Yuh-jung and Will Patton and was directed by Lee Isaac Chung. It tells the story of a Korean family that moves to rural Arkansas in the 1980s to start a farm and raise their two children.

Husband Jacob Yi (Yeun) and wife Monica (Han) plan to grow minari, a peppery Korean version of watercress. Working fulltime in a poultry hatchery while trying to start the farm and raise their children soon becomes overbearing. To help watch the kids during the day, they arrange for Monica's mother Soon-ja (Yuh-jung) to travel from Korea to help care for their son David, who has a heart condition and his sister Anne. Jacob is eventually befriended by his Pentecostal neighbor Paul (Patton) who helps him get the water flowing to save his dream.

This screening is via a special partnership with the international distributor A24 and tickets are limited. The Lighthouse International Film Society is one of a select group of virtual theaters screening the film prior to its theater release.  Minari  is scheduled to open in theaters nationally soon and had its world premiere at the Sundance Film Festival last month winning both the U.S. Dramatic Grand Jury Prize and the U.S. Dramatic Audience Award. Minari has been nominated for an Academy Award for Best Picture, a Golden Globe Award for Best Foreign Language Film, and three Screen Actors Guild Awards. The film is in English/Korean.

Tickets are available for purchase online for $20.

The Lighthouse International Film Society is excited to join with N24 for this special, exclusive virtual cinema screening of Minari. There is only 1 screening each night which starts at 7:00 p.m. Friday, February 12 - Thursday, February 25. Your ticket has a designated start time and a limited viewing window. You will have 4 hours from your designated screening start time to watch the film and any bonus content. You will receive a confirmation email from N24 with additional details. A portion of the proceeds will benefit the 2021 Lighthouse International Film Festival.

Chung is the film’s executive producer along with actor Brad Pitt. He draws on his own childhood experience growing up in rural America. MINARI is more than a story about immigration, it is the story of the American dream and the struggle, courage and sacrifice it takes to make that dream come true.