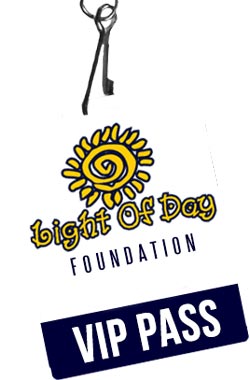 Light of Day returns to the tri-state area with shows in Philadelphia, New York, and New Jersey.  These shows feature incredible artists performing for a good cause -- to use the power of music to raise money and awareness in its continuing battle to defeat Parkinson’s disease and related illnesses such as PSP and ALS within our lifetime.

Here’s a look at some of the artists and can’t miss shows for Light of Day WinterFest 2016.  Since it’s likely you’ll only be able to hit one venue at a time, we’re highlighting our favorite place to be for each night of Light of Day.

Please be generous and donate to the Light of Day Foundation to help bring about a cure sooner than later.

Light of Day presents a show of cover bands, including Cats On A Smooth Surface featuring Bobby Bandiera.  This was the band Bruce Springsteen used to jam with.  The event also features performances by Big Pink - One Last Waltz, The Best Of The Eagles, Brian Kirk & the Jirks, So Watt, The Motor City Revue, and NRG.

Happy Mondays comes to Light of Day with a lineup featuring Thomas Wesley Stern, The Villanelles, and These Mockingbirds - a great way to kick off a full week of music!

Light of Day returns to New York City with a lineup that includes Willie Nile & Band, Dramarama, The Weeklings, Joe D’Urso and Stone Caravan, and the Gary Douglas Band.