(ASBURY PARK, NJ) -- Jersey Shore based Latewaves released "Hell To Play" via Know Hope Records on June 4th. Full of explosive, guitar driven riffs and satirical, self reflective lyrics, Hell to Pay offers a unique authenticity for listeners to connect with. It’s the candle you find in the junk drawer after your power gets shut off because you couldn’t afford the bill last month. It’s the backpack beer your friend offers you when you get to the show after a terrible day at work. It’s a good book you nuzzle into trying to forget the world. It’s a fun night and the rough morning that precedes it. It’s honest, articulate, and full of passion. It’s Hell to Pay.

LATEWAVES was born on a warm New Jersey morning in 2016. Waking up on the beach after a long night, Shawna Grabowski (drums) and Mike Pellegrino (guitars/vox) decided to finally take action on their pact to start a band. After accosting longtime friend Howie Cohen (bass/vox), and a few EP’s and tours later, the band decided to put everything they had into creating their first full length, Hell to Pay, with the help of Brett Romnes (producer of Free Throw, Heart Attack Man, Hot Mulligan, Seaway) and Vinnie Caruana (The Movielife, I Am the Avalanche).

The band talks about the record and the process behind it.

"We wrote 'Hell to Pay' in three separate week long sessions over the span of a year. This was mainly due to the financial situation of not being able to pay for all that time in one shot. However, it ended up affording us a good amount of reflection time as the record progressed. This was both positive and negative. The positive side is that as we’d pick about 10 or so songs for each session where we’d record 3-5 songs at a time. We wrote about 30 or so 'skeletons' (demos) in total for the record. In the time between sessions we’d really get to sit back and decide where the album was going to go. We didn’t really have a 'this is the opening track' or 'this is the album closer' etc. mindset for any of the songs. We just decided what songs out of the bunch would complement each- other."

"The negative side of this was that we had a bit too much time to sit with stuff and would get inside our own heads and start second guessing our decisions. Kind of like when you decide to chop your hair off and you look in the mirror on the way to the barber and you hair looks fuckin GREAT - that’s what the songs we didn’t pick looked like. But there’s always LP2, B-sides, etc. We’re insanely pumped on the record."

"Much of that has to do with our producers; Vinnie Caruana and Brett Romnes. We’ve been at this pipe dream most of our lives and this was by far the hardest we were pushed in the studio. However, like in Karate Kid, we didn’t know we were learning so much at the time. We were pretty much laughing and smiling the whole time. There were so many moments where we heard a part we’d come up with and just start laughing about how sick it sounded. At moments we only spoke in I Think You Should Leave references and a lot of nights ended with us putting our favorite songs on the insanely nice sound system at The Barber Shop Studios and having life talks. There was a definite mutual trust and respect between all of us which was so important to how the record turned out and we couldn’t be more proud and happy about the finished product."

"Musically the record was inspired by our collective tastes. We never discussed exactly what we wanted it to sound like, it sort of happened naturally. Every morning we’d sit in the control room with our coffees and discuss what song we’d be recording that day. After picking the song, we’d completely tear it apart and rebuild it. Throughout the day the song would come to life, and we’d decide what to do with the song from there. There was a mutual agreement that everyone would do what’s best for the song. If that meant dropping a favorite lyric, riff,. fill, pretty much anything if it didn’t compliment the song as a whole, it was 86’d. Basically, there was no room for egos in the room. Put your head down and play your shit, think about the band, think about the record, don’t worry about yourself. If there was a big change in the song; you had to learn it quickly and play it as perfectly as possible, we were constantly on our toes. It was hard work, but that’s what it truly takes, because you only get one first record."

"Lyrically there was no intended motif. The way we write songs is all over the place. At times the guitar part comes first, sometimes the chorus comes and you figure out what the hell it was about as you write the verses and bridge, sometimes there’s initial intent. For instance; Send Me to the Moon is kind of about my (Mike) honeymoon in Amsterdam. The airy mood of the song was my interpretation of what it felt like to walk around the empty streets of Amsterdam stoned and looking for Dutch pastries."

"But in the end, a common theme formed in the lyrics. There is a trend of self analysis throughout the record. Why do I feel this way? Is it me? Am I the Problem? Am I too hard on myself? Wait, I’m not hard enough on myself. I have a drinking problem, right? Wait, never mind, drinking is fun. Shit, it causes a lot of anxiety the next day though. Everything sucks. Everything is great! You get the picture. After hearing the record ourselves we realized the theme is that we’re all here trying our best, it’s good to question yourself and others, it’s ok to feel depressed, nobody actually knows what the hell they’re doing, but it’s all going to be okay, we all get our ticket punched one day, so try your best to be happy, even though the cards are stacked against us." 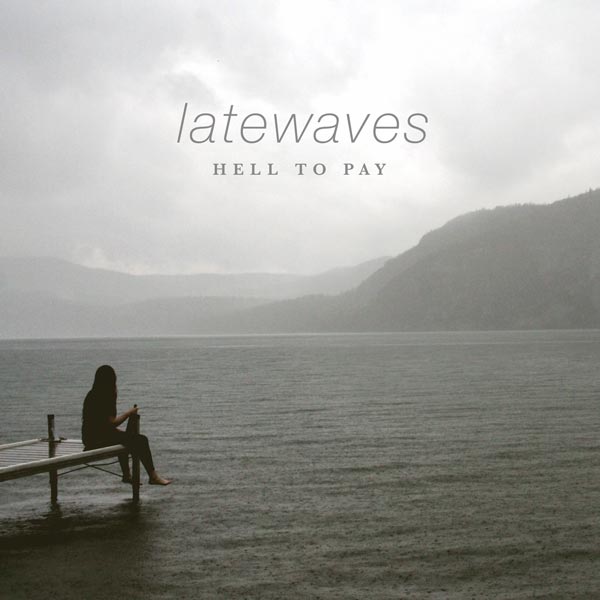