Kriz Oehme Passes, But Leaves Us With One Last Wellbaby Record 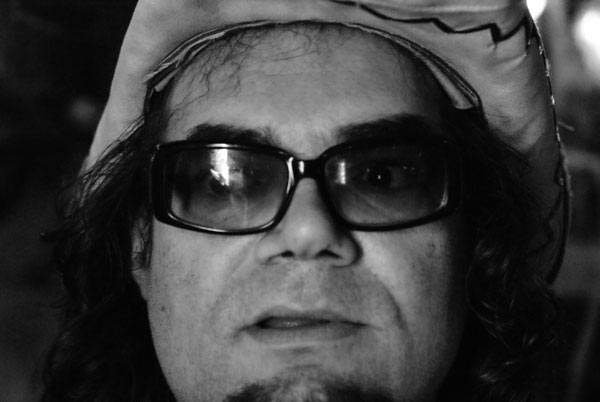 New Jersey artist Christopher (Kriz) Oehme died one month ago on October 15 after a long hard battle with kidney disease. He was a big part of the Jersey music scene for many years, working as the doorman at The Saint in Asbury Park and performing with his band Wellbaby.  Many knew him for his poetry, which earned him the Poet Laureate title at the Asbury Park Music Awards in 2004, or for his graphic design work, his paintings and eclectic jewelry.  He also put together numerous shows that included poets and musical performances.

According to his obituary, Kriz was born on September 13, 1966 in Lakewood. He graduated from Toms River High School South, and attended The Center for Media Arts in New York City. Christopher threw himself into the NYC art scene, he was an extra in the film "Mondo New York", he read poetry at the world famous Nuyorican Poets Café, the Bowery Poetry Club, in the poetry tent at Lollapalooza shows, and in many other venues. He also formed his first band, Assassin of Youth, which evolved into his current band, Wellbaby, where he served as lyricist, singer, and harmonica player. When Kriz returned home to the Jersey shore, he made an immediate impact on the music, poetry, and art scene there.

About a week after his death, Lazlo of Blowupradio.com noted that a new album by Wellbaby had just been released online called "Oehme Starr." It was their first in over a decade and quite a shock to many, including myself.  I quickly purchased a copy online (it is currently available at Apple Music and Amazon) and was instantly transported to the early years of the 2000s - a period when I was at The Saint several nights a week and saw often saw Kriz.  The album features 15 new cuts and is outstanding - a fitting tribute to Kriz.  Wellbaby always had a vibe of their own, but I remember describing them to people as something like Jersey's version of The Violent Femmes - fun, quirky, acoustic music that could dive into the introspective world as well.  This album feels as though they never left.

"The songs are indeed from the era, being recorded 2004-2008 or so," said John Hickman of Wellbaby.  "Sat on it until I upgraded to digital as it was all on tape and had to be transferred.  My son Russell mixed and mastered the whole thing. Kriz got to hear it a few times. The band is heartbroken, but glad we got to do what we did in the time we had."

Tributes flowed across social media as word got out about his passing. Scott Stamper, the owner of The Saint in Asbury Park said, "Kriz was a talented artist on so many levels. He was the lead singer of Wellbaby from Toms River in Ocean County. His family owned an ice business in Toms River. It kept Chris busy indeed. He also created art in so many different genres. He also worked the door at The Saint in Asbury Park. The Asbury Park and Toms River music scene has lost a unique artist who will be remembered to many as a gentle giant. I will miss him and his soul."

Lazlo recalled him as, "truly among the kindest, friendliest people I've met in the nearly 20 years I have been doing BlowUpRadio.com." 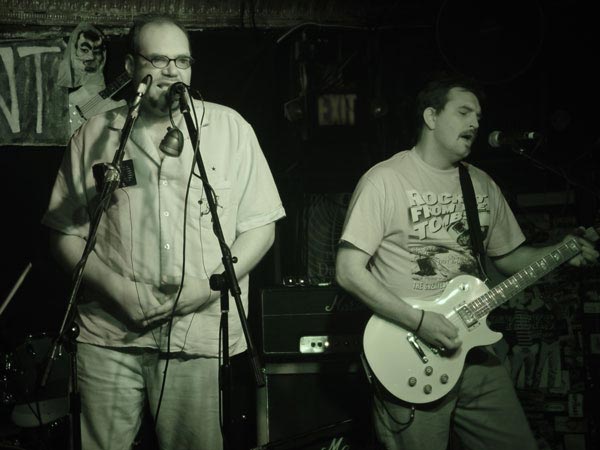 He was one of the most interesting people I ever met in Asbury Park (which is actually saying quite a lot), and someone who truly loved the arts. I remember interviewing him for an article I wrote on the future of the arts in Asbury Park. The town was at a bit of a crossroads around 2005 with many hoping that the city would not follow the path of most urban centers in which artists help revitalize an area and then get priced out as gentrification takes over.

My mind also recalled his Muther poetry shows that aimed to bring poetry to a more mainstream audience. "The reason I'm doing the Muther poetry shows is because the art community gets scattered at times," explained Kriz. "People in poetry sometimes exclude people that they don't really know about. Muther will be set up in Asbury but it's going to have poetry groups from Red Bank, New Brunswick, and Trenton."

Those shows combined music with poetry and often gave artists their first opportunities to perform at The Saint. One who recalls those early days is Rick Barry.

"Kriz's poetry and acoustic shows at the Saint were some of my first gigs in AP," said Rick Barry. "At that young age, I met a lot of the comrades from what would become the early days of the Asbury ‘renaissance’ at those shows. I honestly can't think of anything to say that would be fitting the completely unique person he was. Other than to say that whenever, if ever it comes back, the music community will not be whole without him."

Like Rick, I will never forget the close-knit community that was in Asbury Park in those years.  People around the state were just beginning to notice that something special was happening again in Asbury. The town looked completely different than it does now.  Music is what really held the town together through the downtrodden years.  Artists like Kriz Oehme recognized how music could be used to lure people into a deeper appreciation of the arts. Years later, I still imagine the club with him at the front door and Joe Harvard in the soundbooth.  Sadly, both are now gone.  It's a different era, but for those of us who feel nostalgic for those days we can put on "Oehme Starr" and imagine him on stage with Wellbaby.  It's a tremendous parting gift he's given us, but the world is still at a greater loss without him.  He left too soon.