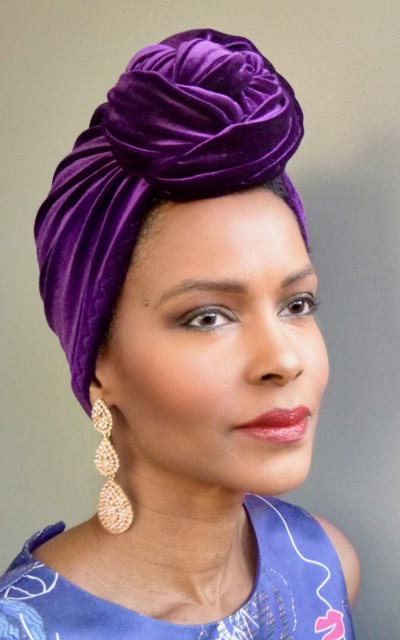 (NEWARK, NJ) -- On April 11, 2018, Newark Arts welcomes home Newark, NJ native and star of Oprah Winfrey Network’s (OWN) Hit Series Greenleaf, Kim Hawthorne to serve as the emcee for the fundraiser: Flashes of Genius: A Powerful Celebration of Ellen Lambert.

Hawthorne was just 12 years old when she began studying opera and went on to earn a classical musical scholarship to Birmingham-Southern College in Alabama. After graduating with honors with a Bachelor of Arts in Musical Theatre, she launched her professional theatre career at the Alliance Theatre in Atlanta Georgia under the tutelage of Kenny Leon. Currently starring as the assertive and indelible, Kerissa Greenleaf, Hawthorne’s credits include film and television roles in the popular, The Chronicles of Riddick and Along Came A Spider. She was a series regular on Louis C.K.’s first HBO show, Lucky Louie and she was nominated for Canada’s prestigious Leo Award for her role in Da Vinci’s Inquest. Most recently, Ms. Hawthorne has guest starred on Criminal Minds and is recurring on How To Get Away With Murder.

A passionate supporter of the arts and believer that the arts can transform lives, Hawthorne states, "I could not be more excited to be illuminating the arts in my hometown. It will be a great night in Newark as we honor Ellen Lambert, highlight the work of Newark artists and raise money towards a great cause."

Hawthorne will serve as emcee of Newark Arts’ fundraiser, Flashes of Genius: A Powerful Celebration of Ellen Lambert, who recently retired from PSEG after a long career in diversity, philanthropy, and as arts champion.

Also on display will be works by honoree Ellen Lambert; Robert Lach, a multidisciplinary artist who graduated from New Jersey City University with a BFA in sculpture; Adrienne Wheeler, a Newark, NJ-based multi-media artist, independent curator, arts educator, and advocate for social justice; and Jerry Gant, a multi-disciplined visual fine artist, arts educator, activist and self-driven historian.  The arts-filled party will include objects created by the All Stars Project of New Jersey, a performance by contemporary Chinese-American ensemble Nai-Ni Chen Dance Company, and more.

Proceeds from the event will support arts education for kids and more arts and culture in Newark’s neighborhoods. For sponsorship and ticket information, contact Ruby Annette Evans at 973-643-1625 or ruby@newarkarts.org.