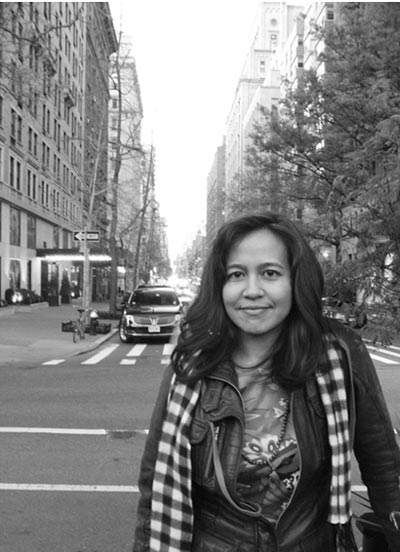 The Puffin Cultural Forum in Teaneck presents Reclaiming Vietnam on Saturday, May 11 at 8:00pm. Written & Performed by Kim B. Chinh and directed by Elizabeth Browning, the play finds Kim ready for the past to catch up to her. After rejecting her Vietnamese identity, Kim travels to Vietnam, the birthplace of her father. As she uncovers her long-buried roots, she is forced to combat the demons of her past and learn the power of forgiveness.

Growing up in a bi-racial home with a white mother and a Vietnamese father, Kim spent years wishing away her father’s less-than-desirable immigrant status, skin color and the painful family secrets she inherited. Determined to face her demons, she joins a volunteer organization in Vietnam. As she begins to discover the beauty of her roots, she confronts the trauma of her past to put its secrets behind her forever.

All she wants is to blend in, to look like everyone else, to be "American," but she doesn't look like the people she is surrounded by. She wishes people would stop asking, "What are you?" The truth is, she isn't sure. Audiences will be transfixed and transported as Kim takes you along on her journey to find out.

The performance will be followed by a short talkback. Suggested donation for tickets: $10. Reservations are recommended.  Email or call 201-836-3499 to make a reservation.

New Jersey Stage spoke with Kim B. Chinh via email to learn more about the playwright and the show.

When did you first visit Vietnam? This was after you graduated college, right?

Yes, it was several years after college. I went for the first time when I was 28. I joined a volunteer program working at an orphanage in central Vietnam for two months.

What did you expect to see or learn about yourself there? And what did you learn?

I was terrified to go because of all the horrific images I’d seen of the war and from movies. In high school, they didn’t actually teach us anything about the Vietnam War. Instead, my world history teacher showed us video coverage of the war for two weeks straight. No one spoke.

Even though the war had been over for decades, when I arrived I expected to see a devastated country and limbless men and women, crawling around on the ground, begging me to help them. I had a fear that people would curse and throw rocks at me once they found out I was American. But I was compelled to go almost because of the revulsion and dread. It seemed disproportionate in comparison to the stories of people I knew who had visited and loved Vietnam. I hoped that I would somehow prove myself to them - show them that I wasn't an evil person and that I was willing to work to heal the wounds America had left the country with. I felt that I owed something to the Vietnamese people.

Going to Vietnam has probably been the most important thing I’ve ever done for myself. Immediately upon setting foot on Vietnamese soil, I felt a connection to the country. A soul connection - like I knew the place from a long time ago. There was a sense of familiarity and belonging that I had never experienced previously. The people were unbelievably kind, generous and loving. I learned a decent amount of Vietnamese - although I had grown up hearing it spoken all the time, I had picked up almost nothing. When I went there, I made a big effort to try and learn to speak a little. They told me I had a good Vietnamese accent!

What I learned was that I came from a country filled with the most beautiful, resourceful and resilient people I had ever met. I came back to the US with a great sense of pride in who I was and for my Vietnamese heritage.

What was the most difficult thing about growing up in a bi-racial home?

Looking back, I knew that my family was a little different but it wasn't until my Vietnamese refugee relatives came to live with us that I started to understand how big that difference was. Around the age of 6, I started to learn that it wasn’t a good thing to be different, to not belong. I wanted to look like my classmates and teachers. I wanted to look like my mom who had light-colored hair, light skin and green eyes. And most of my friends were white. There was only one other Asian kid at my elementary school. There was one kid from India and 2 black kids who were adopted by white parents. Everyone else was white. I didn’t identify as Vietnamese, but I had the features and complexion of my Vietnamese father and all of my relatives who were arriving in droves from post-war Vietnam. I was embarassed of their accents, their funny haircuts and their strange clothes. As I began to become friends with my cousins, I saw that the kids in the neighborhood treated them roughly, rudely. I heard racist songs at school and even sang them myself - about myself!. Over time, I associated everything that was negative about my family as coming from my Vietnamese roots. As time passed, I learned to learned to turn that negativity inward. I began to hate myself. Every time I looked in the mirror I was reminded of my shortcomings, my inferiority.

The timing of a play like this about "What does it mean to be American" really could not be better. It looks like you wrote this play before the era of the current president. Did you ever envision that the subject matter would take on the role it has? That Americans would basically turn on one another and the level of animosity towards immigrants would rise to its current level?

As a minority woman who spent much of her growing up years in Texas, I’ve always been aware of great tension between races. What animosity exists now has always been there. The main difference is that it's become publicly acceptable to call people racist names and hate them openly. If the leaders of our country can preach prejudice and be praised, why should its citizens be expected to behave better? The current administration fans the flames of intolerance and people respond accordingly. I don't see it as Americans turning on each other so much as they have been given the green light to treat others with indecency. I think it's good news that this is a hot topic because as long as it's an issue that we're fighting about, it means we're working to change the racism that we inherited.

Since you first began performing the play, have you personally noticed race relations getting better, getting worse, or about the same?

There’s no question that things have gotten much worse on a global scale in the arena of race relations since I began performing this play. It's all fear-based judgement and we're like little children afraid of anything that comes too close. However, my play is not so much an investigation of the ways we punish each other, but more about how we buy into the notion that we should hate and punish ourselves. That if we don't fit into the aesthetic norms of American culture, we may as well be invisible.

What would you like the audience to take away from your play?

In my ideal scenario, members of the audience would leave the theater with their heart more open, having shed some of the shame we carry around. And that all people, no matter what their racial background is, would feel pieces of that mental construct around what it means to be "me" breaking apart and opening up towards what it means to be human. My hope is that people can recognize themselves in my story and let go of self-hatred as my character learns to. And that they can begin to move toward compassion for themselves. 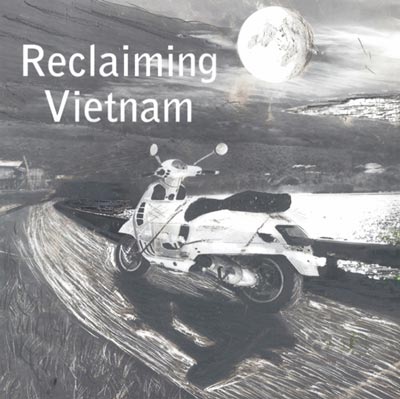 Finally, a little about yourself. You're a graphic designer right? Have you always acted and written as well?

Yes, I'm a graphic designer by day, one-woman show performer by night. I've always been a writer, but became a playwright by accident. For a long time, I was a closet actor, just taking classes and quietly auditioning every now and then. It was for my acting class that I started writing these personal vignettes and with the help of my teacher and classmates, I was able to string them into a cohesive story. I felt then that my story was far too personal to ever share publicly, but my class encouraged me to put it out there. It seems the story has a life of its own. It wants to be told. And so here it is.

How long would you like to perform this work and where would you eventually like it to go?

I’d like to perform this work for as long as there’s a need for people to see it. I'd be very content for Reclaiming Vietnam to have a Broadway/Off-Broadway run with its own team to design lights, sound, set and costumes. I'm also working on a screenplay - my vision for the play is that eventually, it will be produced as a feature film. It would be incredible to film it in Vietnam and give more Asian actors a chance to be on the big screen.