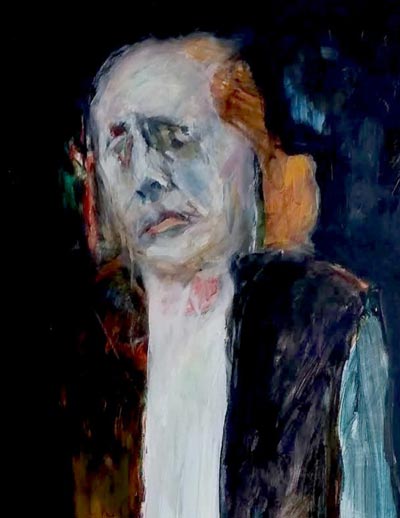 Jersey City Theater Center (JCTC) begins its 2017/2018 season with a theme everyone seems to be feeling more of these days: FEAR!

JCTC presents three thematic series during its season. JCTC selects topics global in scope yet relevant to the community then explores that theme using visual arts, theater, dance, monologues, and other performances. For the first series of its new season, JCTC presents a topic relevant to individuals and communities and one that works on both internal and external levels.

“Fear can paralyze you  and keep you from fulfilling your dreams, or Fear can bring out the best in you,” said Olga Levina, Artistic Director, JCTC. “The Fear series explores social, political, and personal fears. We all live with fear, but how do we prevent our personal fears from being exploited by those in power? The hope is that by going on this exploration and raising these questions, we can also discover how communities and individuals can contribute to the world so future generations can live with less fear and in a more peaceful and stable society.”

The Fear Opening takes place September 15th, a free event ($5 suggested donation) and features the premier of the Fear Art Show  – a group show of visual art based on the Fear theme – as well as artist reception and Artist Talk, followed by previews of upcoming Fear shows and other performances. Doors open at 6:00pm, with Artist Talk at 8:00pm, followed by performances and Fear previews.

According to Lucy Rovetto, Visual Arts Coordinator, JCTC and Curator of the Fear Art Show, the nearly two dozen artists showcased in the Fear exhibition work in a diversity of disciplines – photography, painting, collage, pop art, digital art, handmade paper art, assemblage, mix-medium and found-art sculpture – and have produced a complex range of responses to a topic that truly worries us all.

“Fear provoked a range of emotions in these artists,” said Rovetto. “The responses to Fear seem to go from succumbing to fear to finding in fear an empowerment to overcome what is causing that fear. For instance, a couple of artists seemed to satirize fear, making fun of it to protect themselves against what makes them afraid, while others depicted a very deep anxiety, reflecting a destructive disconnection with the world and society. What I think will surprise people most when they see this show is how they will recognize all these interpretations of Fear within themselves.”

Assistant Curator for the Fear Art Show is Bang Chau, JCTC staff photographer and Jersey City-based artist and graphic designer. Attendees to the gallery may well be surprised at the transformation of the space. The gallery design for the Fear show utilizes interactive pieces, familiar but no less scary archetypes of gothic horror, catacombs, caves and other spooky accents, creating a macabre, sometimes disturbing environment that further enhances the theme of Fear. “There will be something to terrify everyone on this walkway of fear,” promised Rovetto. “But viewers may also feel an eerie serenity.”

For the latest schedule and to purchase tickets, please go to www.jctcenter.org.

Photo caption: Fear – Jersey City Theater Center (JCTC) new series, Fear, opens September 15th at Merseles Studios with the premier of the Fear Art Show. One of the pieces featured in the exhibit is "Portrait of a Man" by Alexander Katsenelinboigen.