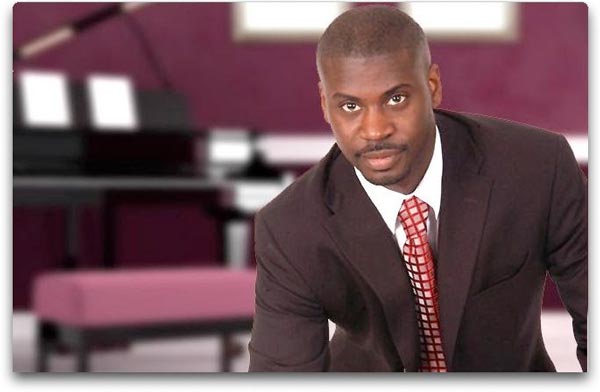 The Thursday evening jazz sessions kick off on Aug. 18 at 7:30pm with a sizzling salute to the sounds of Havana, featuring César López & Habana Ensemble. This concert is the only New Jersey-based event of the Harlem/Havana Music & Cultural Festival, an artistic exchange during Harlem Week (Aug. 12-21) in New York City.

“The presentation of jazz artists from Havana, through the Greater Harlem Chamber of Commerce, is extraordinary,” said NJPAC Vice President of Community Engagement Donna Walker-Kuhne. “We appreciate the cultural programming that the Chamber of Commerce, our longtime collaborator, continues to support at NJPAC.”

César López, considered one of the most influential saxophonists in Latin jazz, has performed with Chucho Valdés and the GRAMMY®-winning band Irakere. His Habana Ensemble mixes its repertoire of jazz and Cuban classics with a contemporary sound. Fiery Cuban pianist and composer Jorge Luis Pacheco, will be the special guest. Pacheco has collaborated with such jazz legends as Arturo O’Farrill and Wynton Marsalis and the Jazz at Lincoln Center Orchestra.

The evening continues with a focus on the Latin jazz tradition. The house band, led by James Austin Jr., features two all-star percussionists: Samuel Torres, a native of Colombia and former percussionist with trumpeter Arturo Sandoval’s band, and Kobie Watkins,  who has played drums for saxophone great Sonny Rollins. Rounding out the lineup are saxophonist Jarrard Harris and bassist Ben Rubens.

“The Institute of Jazz Studies is happy to be continuing its longstanding partnership with NJPAC, our close neighbor and frequent collaborator in our efforts to present quality jazz and related music to the Newark community and beyond,” said Wayne Winborne, the Institute’s Executive Director. “The jam sessions have become a go-to event for many of the area’s best emerging musicians and we’re thrilled to have them on campus and in as great a space as Clement’s. Dr. Price himself would be very pleased to know that the gathering place he envisioned was hosting a cross section of these talented young people.”

The third season of this talked-about series, co-presented by New Jersey Performing Arts Center’s Department of Community Engagement and the Institute of Jazz Studies at Rutgers University-Newark, has attracted prominent musicians from New Jersey and beyond, as well as talented students seeking to play alongside their musical heroes. Jazz Jam Sessions is curated and directed by pianist and bandleader James Austin Jr. in consultation with NJPAC’s Department of Arts Education and under the NJPAC in YOUR Community! Banner.

The performances are scheduled from August to December in the 50-seat club named in tribute to the late Dr. Clement Alexander Price, who was the founder and director of the Rutgers Institute on Ethnicity, Culture, and the Modern Experience, Newark’s city historian, and a devoted fan of jazz. Clement’s Place is on the first floor of a historic, neo-classical skyscraper in the Newark downtown – nicknamed “Fifteen Wash” – which was recently renovated by Rutgers into student housing. The 1929 building was once the headquarters of American Insurance Co. and the home of Rutgers-Newark’s law school.

The Nov. 10 concert coincides with the fifth annual TD James Moody Jazz Festival at NJPAC (Nov. 1-20), the state’s largest jazz festival, which is acclaimed for its roster of extraordinary artists and original programming.

Jazz Jam Sessions is produced under the advice and guidance of NJPAC’s Jazz Advisory Committee, one of eight citizens’ groups that comprise the NJPAC Advisory Council; the others are Faith-Based, Corporate, Elders, Latino, Celebrate Dance, Pride (LGBQT) and Internal. The volunteers of the Advisory Council provide insightful feedback on the cultural tastes of New Jersey’s diverse communities and inform programming choices for NJPAC and the Department of Community Engagement.