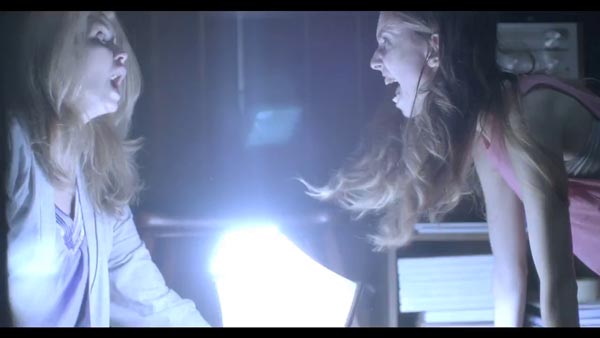 Filmmaker David Spaltro never imagined he would make a horror film.  But when an investor hired him for a job with the only requirement being that it was in that genre, he began reviewing the classic films of his youth, and rekindled his love for horror.  The challenge was to create a horror picture that was grounded in a story with real characters.  The end result became In The Dark, a smart psychological film that is reminiscent of the spookiest episodes of the X-Files.

In the film, a skeptical grad student and a renowned paranormal specialist investigate a haunted house and the deeply troubled woman who resides there, whose afflictions may be beyond the capacity of human understanding.  The film is the opening night feature of the 2016 New Jersey Film Festival on Saturday, January 30.  Spaltro, who grew up in Jersey City, has been a fan favorite of the festival for years.  His first feature film Things I Don’t Understand won Best Feature at the festival three years ago and Cat’s Cradle won Best Short last year.  Spaltro will be on hand for a Q&A session following the screening.

“One of the first things I did when I decided I was going to take on this project was I watched a lot of horror,” recalled Spaltro.  “I watched a lot of what’s coming out now and a lot of my own personal favorites.  The first few seasons of the X-Files were well done, creepy, contained stories.  I knew going into this we’d have some money, but it’s never enough.  So we needed to make the scares count and go with suspense and creepiness, which I’ve always felt was more effective.  Once you show something or if you show it immediately, it sort of loses its power or has diminished returns.  But if you build up the suspense, it draws people into something that they may be engaged in or which could happen to them in their own lives. And it’s a lot easier to maintain that scary momentum.”

Spaltro thinks paranormal stories are fascinating to people on a primal level.  He points out the strange dichotomy of science moving further and further into debunking things, yet leaving so many great mysteries still unsolved.

“We’re all going to die someday, but when we die is there something else?” asked Spaltro.  “If there is something else, what is it?  Are we alone in the universe?  I feel like the more we know, the deeper the questions get because we have all this information and things still don’t add up.”

As a director, Spaltro has seen his share of bad horror scripts — often exploitive — and generally the type of slasher flick that won’t advance a career.  But he also admits to being a horror fan while growing up.  He blames it on his grandfather showing him films he probably shouldn’t have been watching as a kid.  While researching films for this project, he noticed he was able to experience the same visceral thrills as an adult that he had as a kid, while seeing the films from a different perspective.  In fact, watching them again with the eyes of a filmmaker helped him see the genius within the films.

“John Carpenter and Wes Craven were some of the first indie filmmakers,” said Spaltro.  “For me, as an independent filmmaker, it was about seeing how those guys worked with limited budgets.  How can we raise money and still tell the story we want to tell?  I wouldn’t tell the producer that the story is about a family with sexual abuse, but it is, and it’s also about a demon.  It’s like, how do you use the metaphor to tell the story?”

The best horror films have always told much bigger stories than they do at face level.   Two recent films that served as inspiration to Spaltro for this project were It Follows by David Robert Mitchell and The Babadook by Jennifer Kent.  Both films deal with the supernatural and evil elements, and both are very dramatic, artistic, horror films.  They each gave him the confidence that he could create the type of film he could be proud of — even in a genre he never expected to explore.

“Horror is a great way to interpret real fears and how we deal with what’s going on in the world,” explained Spaltro.  “These fears are projected onto monsters, demons, and spirits.”

Spaltro’s demon utilizes one of the classic elements of horror filmmaking - sound.  When the demon first bellows (a truly out-of-this-world noise created by the sound of actors, animals, and mixed through tons of filters) it’s a sound that will stay with you.

“Horror, more than any other genre, lives and dies with its sound,” he continued.  “It was great for me as a filmmaker to get to play with that in a way I normally wouldn’t get to do.  It was also very scary because unlike other projects I’ve done, this was the first time I did not see the film and experience it until we were doing that final mix in post production.  Fritz Myers’s score and the sound throughout brought the film to life.  You can shoot the scariest film in the world, have great performances, and awesome makeup, but if you took the sound off it would lose so much.” 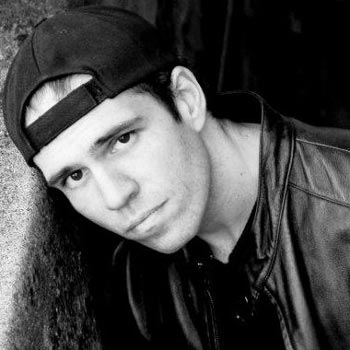 Spaltro looks forward to another run on the festival circuit.  For him, it’s an opportunity to see great films and meet fellow filmmakers.  There’s a bond with filmmakers who all know and understand just how much work goes into each film.  But, most of all, festivals are a chance to have people see the work.

“As a filmmaker, it’s such a fight to finish a film,” he explained.  “It doesn’t matter if it’s your first, your second, or your last.  Regardless of your budget, finishing a film is hard and to see it through to the end is a marathon.  Money is great, distribution is great, but I think there’s no greater reward than having people be able to see your work.  To have them see what you’ve spent the last year or last couple of years of your life on.  I think for any filmmaker the nerves are not even how the film is received, but wondering if anyone is ever going to see this?”