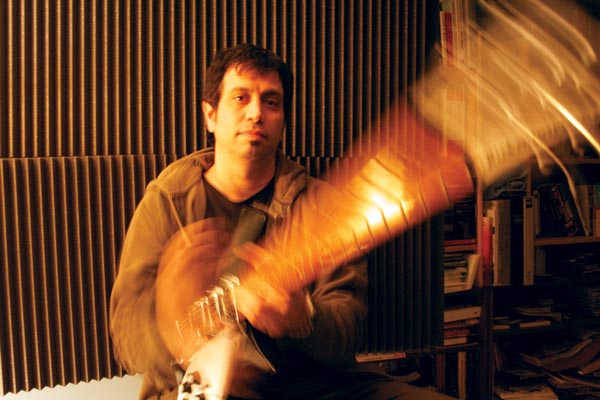 For a few years in the late ‘80s, Bruce Tunkel appeared poised to become the second musician named Bruce from New Jersey to hit it big nationally (or third if you want to include Bruce Willis).  At the time, the Linden native was the leader of a popular band called The Red House who released an amazing independent album in 1987.  That album led to a cover photo on the College Music Journal (CMJ), something unheard of for an independent band. Record labels soon took an interest in them and The Red House ultimately signed with SBK and released their self-titled debut nationally in 1990.

The Red House consisted of Tunkel on lead vocals, guitar, and keyboards;  Bob Nicol on drums; Tony Stives on guitar; and Ron Bauman on bass.  One grueling tour later, they found themselves caught in the traditional record label  nonsense, broke up, and quietly became a footnote in Jersey music history.

Bruce recorded a couple of fine solo albums in the ‘90s then released the brilliant Sitting/Waiting in 2005.  The album not only featured great songwriting, wonderful energy, and Tunkel’s passionate vocals, but came with a nice surprise; it provided fans of The Red House with a glimpse of how things might have turned out for the band.  All four guys reunited for the song “The Edge of Your Words” and various members would play on an additional five tracks.

The album returns the trademark sound of The Red House: jangling guitars, made popular in the ‘80s through bands like R.E.M and Dumptruck, along Tunkel’s strong vocals which remind me of Mike Scott from The Waterboys. A few gorgeous ballads are included for good measure as well.

In addition to the full Red House song, highlights include “The Way I Feel,” “Remember Me,” “After All,” “Brave Man,” “She Waits,” and “Jimmy Harper.”