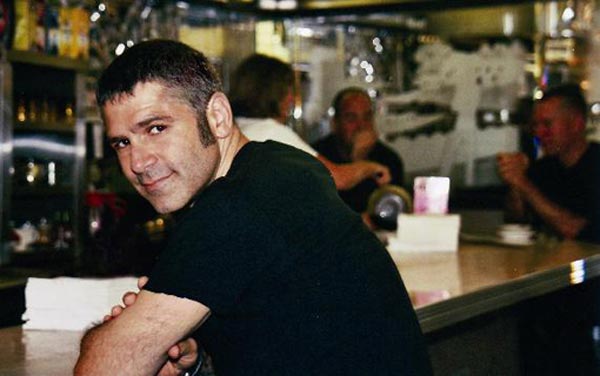 Born in St. Louis, Jon Caspi moved to New Jersey at the age of four and grew up in Montclair.  In the ‘80s, he got his first taste of record industry success when his band, Bouncing Off Bob, was played on hundreds of radio stations across the country.  Years later, This Town would find similar success.

Throughout his career, he’s managed to be a profilic songwriter while simultaneously enjoying a fine career in academia.  As Dr.  Jonathan Caspi, he’s an Associate Professor, Family and Child Services at Montclair State University where he teaches courses on child development and family relationships.  He is also the author of Educational Supervision in Social Work and Sibling Development, with a third book due in 2011.

This Town was Caspi’s first album as a solo artist and the first released under his name.  The title track was an ode to his new hometown of Keyport; a location along the Jersey Shore that helped resurge his music career.

This Town is full of songs that can lift you up when you’re having a bad day.  There’s the  title track that shows the goodness that can exist in a local community; the beautifully romantic “Marry Me” with its unabashed optimism for all that love can provide; and even songs like “Down In It,” “I’m So Afraid,” and “Waiting” where characters facing emotional conflicts in their relationships are portrayed alongside upbeat, bouncy soundtracks that seem to lessen the blow.  It’s not that Jon’s world is pollyanna, but he carries an upbeat spirit through even the roughest times.