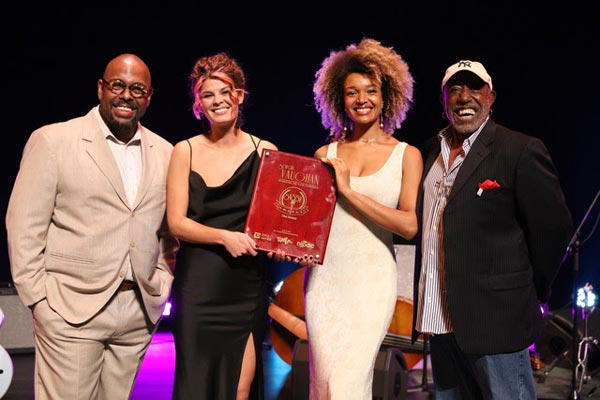 (NEWARK, NJ) --  The 9th Annual Sarah Vaughan International Vocal Competition made history this year by naming two winners who will each take home the prize of $5,000. The distinguished panel of judges and pillars of the jazz community awarded Gabrielle Cavassa and Tawanda Suessbrich-Joaquim with first-place prizes in the 9th Annual Sarah Vaughan International Jazz Vocal Competition. The finalists performed live before the esteemed panel of judges and the event was streamed on NJPAC's FB Page.

As the first-prize winners of the SASSY Awards, Gabrielle Cavassa of New Orleans and Tawanda Suessbrich-Joaquim from Los Angeles will both receive a $5,000 cash award. Benny Benack III, who was the runner-up, was awarded a $500 cash prize. 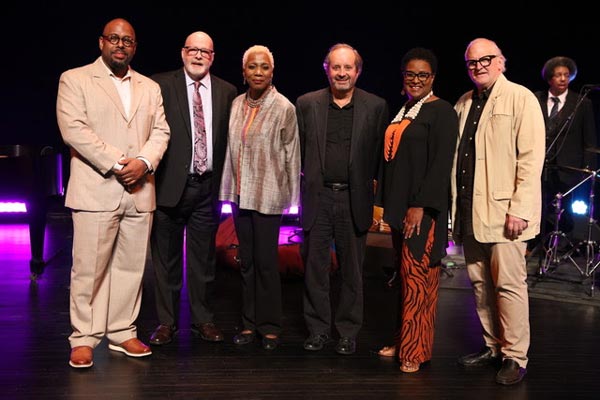 The competition recalls the humble beginnings of legendary jazz singer Sarah Vaughan who, back in 1942, was a Newark teenager and winner of an amateur singing contest at the Apollo Theater. That memorable night helped launch the lifework of one of the most successful, influential jazz vocalists in the history of American music. Past winners include Cyrille Aimée, Jazzmeia Horn (also the winner of the 2015 Thelonious Monk Competition), Ashleigh Smith, Arianna Neikrug, Deelee Dubé, Quiana Lynell, Laurin Talese, and Samara Joy, the SVVC winner from 2019 who performed at this year's competition.

Those that aspire to sing like Sarah Vaughan can Enter Now for NJPAC's 10th Anniversary Sarah Vaughan Competition on November 14, 2021, by visiting SarahVaughanCompetition.com.