Full Circle, which is screening at the 2021 New Jersey International Film Festival on Sunday, June 13,  is one of those documentary films that after watching leaves you with the desire to change this planet for the better. Filmmaker Anne Via McCollough immerses her audience inside of a world unknown to many, but important to all: species preservation and conservation. Full Circle takes place on a small, uninhabited island in the Long Island Sound, Great Gull Island, where two species of seabirds, the Roseate and Common Terns, take refuge while conservationists, scientists, and volunteers’ race to preserve these endangered creatures. The film emphasizes the role these people have in the conservation project, and we see how every effort impacts the lives of the birds. Throughout the film we are introduced to these researchers and volunteers who come season after season to count the Terns, monitor the hatchlings, or ‘elephants’, and improve nesting environments. Interestingly enough, though this island is located in the United States, researchers from all corners of the world have assisted with the project. All this work has not been done in vain, as Full Circle explains that these efforts have helped improve the number of Terns tenfold in the decades since the project began.

McCollough focuses this film on Helen Hays, who has spent over fifty years of her life studying these birds. Beginning in the late 1960’s, Hays, an ornithologist who graduated from Wellesley College, spends six months each year on Great Gull Island studying both the Roseate and the Common Tern. The viewer watches how Hays deftly steps between the nests and scoops up the elephants with ease after five decades of practice, and an extensive knowledge of the bird’s behavior assist with this as well. Her avian expertise is seen throughout the film as she hunts through rocks to find these nests and avoids the attack of the Terns. Gull Island has emerged out of an abandoned military fort, and now homes thousands of birds each season. Hays has stood vigilantly on this island since the late 1960’s, protecting the birds from threats such as aircraft landings, nest disrupters and handling the aftermath of weather events that disrupt the bird’s habitat. Hays dedication and commitment to this conservation project is extraordinary, and her desire to help the birds is almost contagious. Every year, many volunteers choose to spend time, be it a weekend or several months, on the island away from electricity, running water, and air conditioning, and don flowered straw hats in order to save the little white and gray birds. Their time is spent counting eggs and marking nests, hoping that the following years bird count is higher than the years prior. So far, their efforts have been successful, though the project is far from over.

Filmmaker McCollough explains that this lack of electricity was no different when filming and added an extra challenge to completing this project. McCollough and her team relied on generators to power up their camera equipment, and thankfully only minimal damage was done to this equipment by the bird which are prone to divebombing anything that sticks out. This film proves to be a hallmark documentary in species conservation. It emphasizes the role just one woman can have in the grand scheme of things, and shows how far someone can go when they are truly passionate about things. Full Circle is a one-of-a-kind documentary that will leave you wondering how you too can change the world. 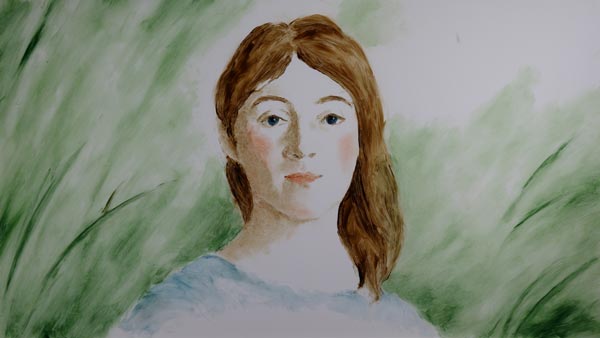 The lovely animation Two Little People with be playing with Full Circle at the 2021 New Jersey International Film Festival on Sunday, June 13, 2021 - $12=General

Full Circle – Anne Via McCollough (Norfolk, Virgina) Full Circle is a film that celebrates one woman’s triumph in conservation: the Great Gull Island Project, Helen Hays’ 50-year quest to save two species of threatened seabirds. During her long term study, she vastly increased the numbers of nesting Roseate and Common Terns on a small, uninhabited island in Long Island Sound.  The film reveals the nesting season of the terns up close - arrival, courtship, hatching, feeding, fledging - and highlights the myriad of volunteers fostered & inspired by Hays over the decades; her extensive collaboration with scientists in Argentina, Brazil and the Azores; and also her remarkable & heartwarming connection with a small fishing village on the north coast of Brazil.  Hays’ dedication has helped complete an important circle, not only in conservation efforts, but also in connecting people from all over the globe… people who were once strangers, are now friends & colleagues working together for a common cause. 2021; 76 min.