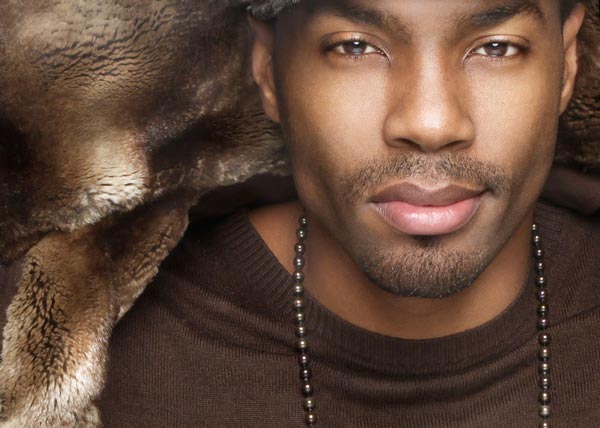 (NEWARK, NJ) -- On March 29, 2017, model-turned-actor Tobias Truvillion will take on a new role: Celebrity Host of the 2017 Newark Arts Honors Award Ceremony and Gala at the Avenue A Club in Newark, New Jersey. Newark Arts Honors celebrates artists that have made significant contributions both in their field and to the Newark community, while representing diverse creative communities and cultures. This year’s honorees include sculptor Willie Cole, historian and artist Nell Painter, Grammy Award winning musician Paquito d’Rivera and Pritzker Prize winning architect Richard Meier.

A Queens, New York native, Truvillion has been praised as a “transformative actor” by Indiewire and is known for his countless roles in television, film and theater. Currently, he can be seen in the role of “D-Major” on the Fox hit drama series, Empire. Prior productions on his acting resume include White Collar, Hitch, Brooklyn’s Finest, Flesh and Bone, and One Life to Live, the latter of which garnered him a NAACP Image Award nomination for “Outstanding Actor in Daytime Drama Series.” Truvillion also earned an AUDELCO award for “Best Male in a Musical,” and went on to play a role in Layon Gray’s Black Angels over Tuskegee, which won an NAACP Award. He was also cast in Suzan Lori Parks’ lauded play, Top/Dog Underdog, which won a Pulitzer Prize.

Together with his wife, Michele Morgan-Truvillion, Truvillion works with Rodney Gilbert’s Advantage Arts Program for Youth at the Dr. Marion A. Bolden Center in Newark. Hundreds of inner-city high school students take part in the program each year, which provides them with the opportunity to experience a wide array of media-arts studies at a high level. Truvillion aims to bring light to the city’s young talent while taking down negative stereotypes.

“Newark Arts is truly pleased to have Tobias Truvillion, a brilliant actor, artist and philanthropist who has given so much to Newark, emcee our 2017 Newark Arts Honors Gala. We invite the entire Newark Arts community to join us as we celebrate the arts in Newark together and raise funds to move our mission forward,” Executive Director, Jeremy Johnson said.

Says Truvillion, “I’m excited to host Newark Arts Honors 2017 and am proud to add my voice to the supporters of the life-changing work that Newark Arts does, in the city I call home.”

Newark Arts is a 501(c)3 nonprofit organization created to advance and expand the artistic and cultural resources of the City of Newark, New Jersey. The Council’s mission is to bring the transformative power of the arts into the lives of those who live in, work in, and visit Newark. The Council is the umbrella for the Newark Arts Education Roundtable (NAER) and is a partner with the Mayor’s Office of Cultural Development, Arts, and Tourism. The Council awards neighborhood grants through its ArtStart program, produces the Open Doors Citywide Arts Festival every October, and will oversee Newark’s Community Cultural Plan in 2017-2018. For more information, visit www.newarkarts.org.