Donny Most Sings The Standards 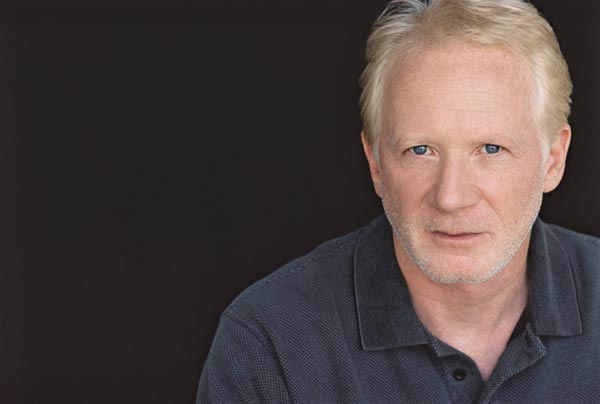 Generations of sitcom fans knew him as the freckled, red-headed class clown on Happy Days, but these days Donny Most is singing a new tune.  In fact, it’s one he’s wanted to sing all of his life.  The music he loves is finally in favor and he’s glad to share it with fans across the country, including two shows in the New York/New Jersey area with his 7-piece band this July.

When Most was growing up, music was his first passion. He fell in love with the sounds of big bands and the Great American Songbook when he was about 9 years old.   At 14, Most joined a professional revue and performed one summer around the Catskills Mountains in upstage New York, hitting all of the hotels and nightclubs.  But when the summer ended, he began switching his attention to acting.  As more and more work came in, he pursued acting more intently.  Eventually, it led to the role of Ralph Malph on Happy Days, which would make him a star and change his life.  Yet, he always knew he would return to singing at some point.  It just took a bit longer than he expected.

A year ago, Most began performing in jazz clubs in California and New York.  The Brooklyn native performs the music of artists from Bobby Darin to Frank Sinatra and Nat King Cole, while mixing popular hits and lesser known tunes by Count Basie and other swing artists.  It’s a sound that has had a bit of a resurgence ever since Harry Connick brought the music to the forefront in When Harry Met Sally.  Since then artists from Michael Bublee to Rod Stewart have helped bring these songs back on the charts and introduce them to new generations.

“This music now is capturing different demographics,” explained Most.  “It’s not just people my age or older.  When I do my shows in Los Angeles and New York, it’s been attracting a pretty eclectic crowd of diverse age groups from twenties all the way up.  When young people are exposed to this music, with great arrangements and great musicians, they seem to love it.  I enjoy sharing these songs with everybody and introducing them to people that might not be that familiar with the music.”

His sets include songs covering a broad spectrum of the great big band standards. He talks about the songs, offers a context for how he came to fall in love with the music, and even throws in a few stories from his days on Happy Days.

Most looks forward to putting out a CD of music in the near future and possibly a live album as well.  His first album was actually released in the seventies during the height of Happy Days popularity.  Thanks to the digital age, the music is once again easily available, but it wasn’t the type of music Most wanted to sing.

“They weren’t going to let me sing the standards and the jazz kind of stuff,” said Most.  “It wouldn’t have happened and I wouldn’t have gotten to record.  I was in my 20s and figured, ‘well, this is not really in my wheelhouse  or my comfort zone,’ but it was a challenge and I wanted the experience of getting into a studio and recording.  It was a great experience, but it was not the music I’m doing now.”

Ironically, technology played a huge role in leading Most back on stage.  He started noodling around with some of his favorite recordings and found he could almost completely remove the vocals from some of them.  He would then bring the song into Garageband on his computer,  start playing around with it and recording his own takes.  When people began hearing what he was doing, they pressed him to pursue singing on stage again.

The first show was a bit nerve-wracking for him, he admits.  “But I was excited in a very positive way and had a blast,” he recalled.  “The audience loved it.  It was such a rousing response that I knew I would keep doing this as long as I enjoyed it.  I began getting more and more bookings.  The tricky part is that people don’t associate me with this kind of music, so they don’t know what to expect.”

Being famous for his role on Happy Days has been a bit of a double-edged sword for Most.  Musically, he only sang on the show two or three times so it makes people wonder if he’s any good.  Acting wise, he was so good at his role that Hollywood sort of punished him by thinking he couldn’t be good at anything else.  In reality, Most was practically the exact opposite of Ralph Malph.  He was quiet and shy, far from the out-going, class clown viewers saw on television each week.

“I think because we had so much success that I became associated with that type of character,” said Most.  “The biggest problem wasn’t so much with the public.  My perceptions and observations whenever I traveled around is that people seemed willing and actually wanted to see me in other roles, but the industry out here in L.A. had me typecast.  They tend to play it more conservative and safe.  People are afraid of their jobs, so they don’t want to be the one made to look foolish.  So, they go with the easy choices — the ones that proved themselves in a certain type of role or personality.  Since I was associated with a character that was kind of a big personality, it was hard.  I went periods of time where I couldn’t even get to go in and audition for all kinds of roles.  That was frustrating.  But as years went by, I kept going at it and was able to break it little by little and do more and more.”

In recent years, Most has been seen on shows like Men Of A Certain Age and Glee, and has directed and starred in independent films.  One of his most recent projects is a psychological drama called Follow.  Yet even decades after Happy Days, he’s still fighting the knee-jerk reaction to typecast him in characters like Ralph.

“Happy Days was a blessing and an incredibly wonderful experience,” continued Most.  “But it did make it hard having an acting career after that.  What you want as an actor is longevity in a career.  I love the challenges of playing a lot of different characters and different roles.  That’s what it’s all about to me.  But I’m still doing it and I feel I haven’t even touched the surface of what I can do as an actor, so I’m looking forward to doing a lot more.  I think the best roles are ahead for me… some good things are coming.”

Judging from his long-awaited opportunity to sing the songs that mean the most to him, he might be right.

UPCOMING SHOWS IN THE AREA