Danielle Durchslag is an artist and filmmaker based in Brooklyn, NY. She has exhibited around the world, including solo exhibitions at Denny Gallery and Yale University. She has several short films being screened virtually in the New Jersey Jewish Film Festival, which runs now through March 21.

We spoke to Danielle via email to learn more about her work, virtual film festivals, and what led her to make short films.

Tell us a little about your films being shown at the festival.

All four of the films I'm showing at the NJJFF are from my BOUNTY art series, which explores the political and psychological complexities of American Jewish wealth. I'm especially excited to show both live-action work and several of my video collages, which employ animation, voice performers, and sound design to imbue classic film depictions of family wealth with Jewish content. 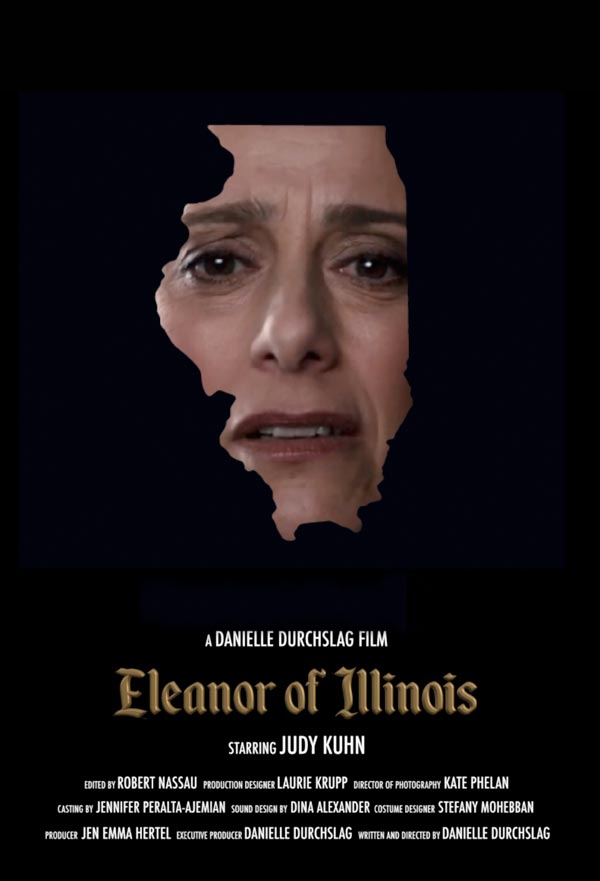 The Woman Who Heard Too Much - This video collage alters a scene from Hitchcock's The Man Who Knew Too Much, in which Doris Day frets about an impending murder at a concert, to tell the story of a Jewish mother overcome at a live performance of Fiddler on the Roof. 3 min.

Can you elaborate a little on your statement, "I make work about the political and psychological complexities of American Jewish wealth, specifically its performance as a kind of WASP drag."

I make work about the Jewish 1% because I grew up in it. I am the very lucky descendent of my great grandfather, Nathan, who started out as an immigrant shoe peddler and ended his life as a business and philanthropic giant. He co-founded and ran the Sara Lee Corporation (like the cake). For Jewish families like mine, clans who came into their wealth in the 40's and 50's, American wealth culture at that time really meant WASPS. Newly moneyed Jewish families ended up copying a lot of the aesthetics, rituals, and culture of WASP wealth, creating a form of dedicated WASP drag that I still see persist today.

What led you to create short films? Do you work exclusively in this format or do you create longer works as well?

I'm a visual artist and a filmmaker, so I make a broad range of work - mainly short video pieces, but also sculpture. In film, I love shorts for the challenge of brevity they present. Every moment has to count, because time is precious, which demands efficient, really thoughtful storytelling. I love the challenges present in directing shorts and plan to continue making them.

How important are film festivals - even virtual ones - to filmmakers like yourself?

Film festivals always prove important to filmmakers, but right now, during the pandemic, they honestly feel like a lifeline. Getting to share my work with audiences around the world over this last year, virtually, when I've been stuck at home just like all of us, has been incredible. I'm so grateful that festivals like the New Jersey Jewish Film Festival have found a way to continue their work, even with all the limitations present under covid.

Virtual film festivals can have a reach far beyond the physical film festival.  While I'm sure you'd rather have people see your films on the big screen, what do you think of virtual festivals?

This really varies from festival to festival. Some are geo-coded, so only folks in the nearby geographic vicinity can access them digitally. Others allow for people anywhere to buy tickets and participate. I have been lucky to show my films this past year in several virtual festivals, including ones in the UK and Moscow. I'm watching through my screen, just like everyone else, so I can't really say who else is watching or how they might differ from in-person audiences. I can say how relieved I am to still get to share my work with film lovers this year, despite all the constrictions of covid life. Getting to experience your work with a live audience is ideal, of course, but I'll take a virtual festival over no festival every time.

Alongside her solo art practice, she is also one half of the artist collective Assembly Required, with artist Ryan Frank, which creates dynamic, contemporary art experiences inspired by the Jewish holiday of Sukkot. She studied at Wellesley, The Museum School of Fine Arts Boston, and New York University.