﻿ Dan and Faith To Perform at Singer-Songwriter Cape May ﻿
﻿
×
﻿

Dan and Faith To Perform at Singer-Songwriter Cape May 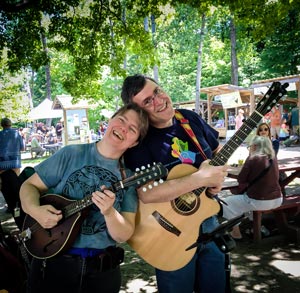 (CAPE MAY, NJ) -- Several hundred performing artists and others engaged in the music business are expected to converge on the historic Victorian-lined New Jersey seaside resort community of Cape May, March 24-25, for the 10th annual Singer-Songwriter Cape May conference. Dan and Faith, a New England-based husband and wife singer-songwriter duo, are among them.

Dan and Faith will bring their dream-inspired folk music to Carney’s – The Other Room, 411 Beach Avenue, on Saturday, March 25, at 8:30pm. Admission is free.

The duo, who previously showcased during the 2015 and 2016 Singer-Songwriter Cape May conferences, tap into reverie and everyday life in crafting their original songs; they also perform select covers. The duo released its third studio CD last year. Entitled Seeking, the album is a musical adventure designed to take listeners down life’s byways – with joy and sorrow, longing, love, light, and hope. Nick Noble, host of The Folk Revival on WICN Public Radio (Worcester, Mass.) named Seeking one of his Top 15 CDs of the Year.

Raised in New York City and the Berkshires of western Massachusetts, Daniel Senie (guitar, harmonica and vocals) has been singing for as long as he can remember. Although he took piano and French horn lessons as a child, neither instrument kept his interest. However, he enjoyed spending many summers at Camp Taconic, singing folk songs of the 1960s and 1970s – many of which remain favorites of his to this day. Upon moving back to New York City, Dan joined the Manhattan borough-wide chorus and, later, the New York All-City Chorus and Concert Choir.

Faith Senie (mandolin, bass, ukulele, dulcimer and vocals) was raised in upstate Cooperstown, NY, where she began playing piano at an early age. She was an accompanist for school shows and concerts, sang in her school choir, and also took to acting.  Faith met her husband while both were students at Rensselaer Polytechnic Institute in Troy, NY. Although professional life led them to abandon their musical pursuits for more than 20 years, a songwriting workshop series with folk-rock duo Pete and Maura Kennedy prompted them to return to their musical roots several years ago.