Count Basie Theatre Offers A Hint At Its Future With Performance By The Smithereens, Patty Smyth and Scandal 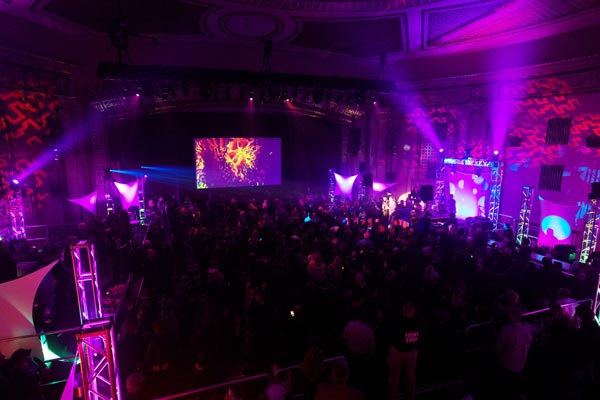 (RED BANK, NJ) --Legendary New Jersey rockers The Smithereens will usher in a new era at The Count Basie on Saturday, January 13 when they take the Basie stage with Patty Smyth and Scandal  for Citi Presents Little Steven’s Underground Garage at the Basie. The show, which takes place at 8:00pm, will be the first to showcase the venue's "club" concert configuration.

The “club” concert configuration features a stage built over the theater seats to create an intimate, open-floor atmosphere.  The idea is to give fans a peek of what’s to come when the Basie completes its expansion and opens doors to an all-new, 800-capacity performance space to complement the venue’s historic theater.

The Smithereens are known for hits like "Only A Memory," "Blood & Roses," and "A Girl Like You."  Patty Smyth and Scandal featured hits like "Goodbye To You," "The Warrior," and "Love's Got A Line On You."

Tickets are $45 and will be available via theBASIE.org, phone charge at 732.842.9000 and the Basie box office, located onsite at 99 Monmouth Street in Red Bank. This is an all-ages to enter, 21 to drink event.

“The Basie originally was my local theater growing up, where I saw A Hard Day's Night, The Nutty Professor, and Bye Bye Birdie,” Van Zandt has said. “Now it's one of my favorite venues.”

Citi Presents Little Steven’s Underground Garage at The Basie is a series of public and private concerts at the nonprofit theatre curated by Steven and Maureen Van Zandt, with the mission of delivering both classic and new rock and roll to devoted fans. The series of performances support the nonprofit theatre’s $23 million capital campaign and expansion plan, which looks to break ground as early as this summer.