Cary Elwes Of The Princess Bride Comes to NJPAC On Sunday 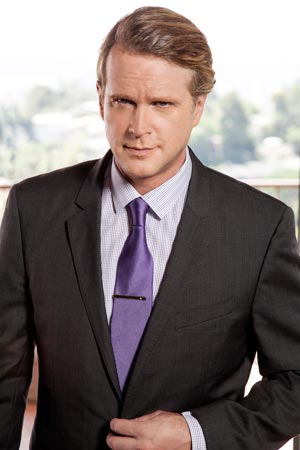 Some films become attached to a particular generation, others transcend generations.  The Princess Bride is the latter.  Released in 1987, the film wasn’t a hit at the box office but evolved into a cult classic over the years.  Rarely a week goes by when you won’t find it playing on a channel somewhere on your cable box.  If you’re one of the many who find themselves quoting lines from the film throughout the day, you won’t want to miss The Princess Bride: An Inconceivable Evening with Cary Elwes on Sunday, June 28 at NJPAC.

The night includes a screening of the film followed by a Q&A period with the audience and Elwes, who starred as Westley.  The Princess Bride was Elwes’ first big Hollywood role and one he’s embraced as his calling card through a career that has included roles in such films as Robin Hood: Men in Tights, Twister, Days of Thunder, and Liar, Liar.

Last October, As You Wish: Inconceivable Tales from the Making of The Princess Bride by Cary Elwes with Joe Layden, was published by Touchstone.  In the book, Elwes provides never-before-told stories from his own experiences and from his fellow co-stars including Robin Wright, Wallace Shawn, Fred Savage, Christopher Guest, Carol Kane, Mandy Patinkin, Christopher Sarandon, and Billy Crystal.

And on Sunday night, you’ll get to hear some of these stories and more.

“I share stories from the behind-the-scenes, some stories from the book and some that aren’t in there,” explained Elwes.  “It’s a delightful evening.  I’ve been doing a few of these now.  They’ve been very rewarding to me certainly and I hope to the audience.”

As one could imagine, these special shows sometimes bring out the true die-hard fans.  It's not quite the level of a Star Trek convention, but not your regular Q&A experience either.

“You have people showing up in costume, which is really hilarious,” said Elwes.  “It’s a fun evening and people get into it.  They sometimes talk to the screen almost like those midnight showings of Rocky Horror Picture Show.”

“You’re lucky as an actor to have anyone resonate with your work and I think I can speak for everyone involved with this film when I say we feel incredibly blessed that people have taken it to their hearts,” he added.

For more information on Elwes’ book visit www.asyouwishbook.com and keep an eye out for the next issue of New Jersey Stage magazine. For future show dates scroll down.

The Princess Bride: An Inconceivable Evening With Cary Elwes

PHOTO of Cary Elwes by Miranda Penn Turin
Gary Wien has been covering the arts since 2001 and has had work published with Jersey Arts, Elmore Magazine, Princeton Magazine, Backstreets and other publications. He is a three-time winner of the Asbury Music Award for Top Music Journalist and the author of Beyond the Palace (the first book on the history of rock and roll in Asbury Park) and Are You Listening? The Top 100 Albums of 2001-2010 by New Jersey Artists. In addition, he runs New Jersey Stage and the online radio station The Penguin Rocks. He can be contacted at gary@newjerseystage.com.