Carolyn Dorfman: An Exploration of Sound and Dance

originally published: 02/22/2015
Jersey Moves! Festival of Dance is an annual production at New Jersey Performing Arts Center (NJPAC) in Newark. Originally composed of performances by multiple companies, it has evolved into a spotlight for individual dance companies in the state.

On Friday, March 13, the series turns the spotlight on the Carolyn Dorfman Dance Company that will be premiering a new work entitled Waves.

"It's about waves of motion — that surreal sense of the different ways that sound waves connect. I'm interested in the dialogue between music and dance. I think my work has been taking this direction. It's a very human context of waves of emotion, sequential movement, and the interconnectiveness that we have for one another. At the end of the day, it becomes very intimate between the dancers and each other, between the dancers and the sound, and there's something in this almost objective way of working that creates something profoundly human."

In this sensation based exploration, the dancers will investigate their reactions to the sound waves and vibrations while the musicians are stretched to symbolize movement in tone, breath, sound, and more. This connection between hearing music with our ears and embodying it as movement and seeing bodies move and capturing it as sound, will unequivocally construct a rich dialogue. Solo dancer embodying sound or exploring call and response - a duet ‘blown' together or apart by the breath of both instrument and voice – or a trio carefully woven together in body and movement, as the musicians create an aural tapestry in unexpected ways.

The creation of this production is rather unique for Dorfman. Everybody is involved in the creative process simultaneously rather than providing ideas to a composer and letting them work on their own. Dorfman says the process takes a bit longer this way, but is also very exciting — especially when the music is going one direction and then takes a different turn as new ideas arise. In addition to the creative process, each musician provides something special on a performance level as well.

Jessie Reagen Mann is an award-winning classical, contemporary, and pop/rock cellist. She first collaborated with Dorfman on Hourglass which received support from Live Music for Dance in 2012. For this work, she will be experimenting with manipulated amplified sounds as well as those created with her own voice.

Pete List is well known in the world of tribal belly dance as a multi-instrumentalist composer, producer, and human beatboxer. For one section of the work, List will experiment combining, human beat-boxing (vocal percussion), breath, voice, and instrumentation in layers of live looping to create dialogue with the dancers.

Daphna Mor is a musician trained in western classical music who also explores Middle Eastern and North African traditions and improvisation. In this work, she will be using traditional and contemporary techniques on recorders of all sizes, including flutter tone, harmonics, and singing and playing at the same time.

Dorfman intends to use this eclectic and unusual grouping of artists, their instruments, sounds, and vocals, to create new and visceral movement connections, or waves, between her dancers, the music, and the dance.

Waves is made possible in part by grants from New Music USA and The O'Donnell-Green Music and Dance Foundation with generous support from the Geraldine R. Dodge Foundation; the New Jersey State Council on the Arts; and the Blanche and Irving Laurie Foundation.

The company will also be presenting the evocative and sensuous duet Under My Skin and the award winning The Klezmer Sketch during the NJPAC performance.

The Klezmer Sketch is the first part of Mayne Mentshn (My People) in which Dorfman mines the exhuberant, joyful, yet soulful quality of Klezmer music that inspired her to explore Jewish gesture, expression, ritual, character, and family. She celebrates the uniqueness of the Jewish journey, and yet, the extraordinary universal connections that it engenders.

"For years I created works that spoke to the pain of the Holocaust experience, but I began to understand — simply by having children — that it was important to speak about the life as opposed to the pain," said Dorfman.

March 13 is also the night of the company's annual gala benefit. Tickets are available for either the performance only or for the gala and performance. During the night, they will be honoring Max Kleinman with the 2015 Encore Award and Laura Aden Packer with the 2015 Keystone Award. The gala begin at 6pm with a light supper and cocktails followed by Special Recognition Education Partnership Awards to Jeffrey Lesser, James DeWorken, and Dr. Scott Rubin at 7:15pm. The performance is scheduled for 8pm. The gala follows the performance with a dessert reception with the dancers and music by the Bucky Pizzarelli Trio.

"This is an interesting evening for us," said Dorfman. "We are in the midst of refreshing our identity and our brand after 30 plus years. This evening is based on the premise of dance revealed. I feel like these works represent a kind of range for us: the intimacy of Under My Skin that speaks to relationships; The Klezmer Sketch that honors our interest in the human story, legacy, heritage, culture, and our commonalities; and Waves that continues us pressing for the new, collaborations, and to allow artists to go somewhere they haven't gone yet. These three pieces seem to capture very much of who we are and where we want to go.

"For me as a choreographer and a director, I have been taking the audience on a journey," she continued. "Each work should be a world of its own that they enter and Waves continues my exploration of the entire theater being the stage at some point. I feel like there is a need for the audience to not be just a bystander but to see themselves that way. I have a very strong need to connect audiences with the dancers. I think one of the strengths of our company is how present and connected the audience feels to the artists on stage." 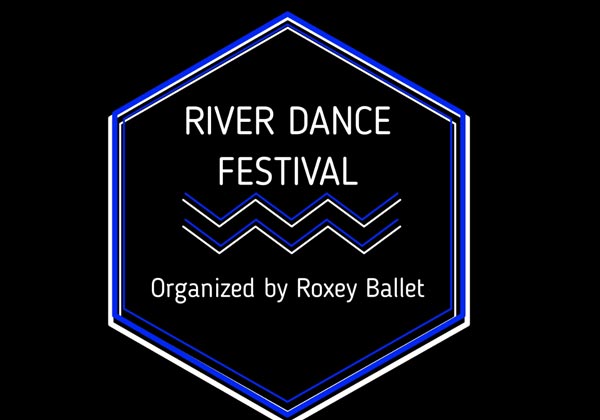 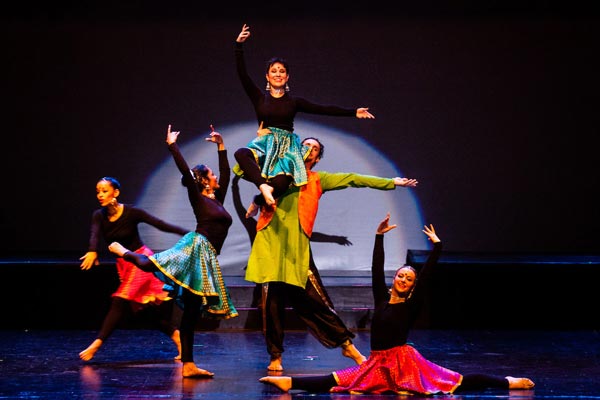