"Grease" At Paper Mill Is The Perfect Kick Off To The Summer!

originally published: 06/03/2014
(MILLBURN, NJ) -- There's just something about "Grease" that makes it one of the quintessential musicals of all-time. The story includes the universal high school concepts of fitting in and self-identity, falling in and out of love, and the play contains wonderful characters and the 1950s vibe, but, in the end, it's all about the music. The songs have the uncanny ability to be silly and sincere at the same time, and you'll undoubtedly find yourself singing along. As the production at Paper Mill Playhouse proves "Grease" is still very much the word. It's nearly impossible not to smile during this performance. The show is too much fun.

It's hard to think about "Grease" without remembering the film that starred John Travolta and Olivia Newton-John, so it's rather appropriate that the play begins with a grainy film showing the young lovers (Sandy Dumbrowski and Danny Zuko) on the beach during the summer. Summer then ends, the video stops, curtains rise, and we're instantly transported to Rydell High School where we meet the students — everybody from the Pink Ladies to the T-Birds, the geeks, and the student council members — as the theme song "Grease" is performed on the first day of school.

During lunch, the Pink Ladies are introduced to Sandy, a new student at the school. Sandy's innocence is in stark contrast to the rough and rebellious Betty Rizzo. The group eventually gets Sandy to tell the story of the boy she met at the beach this past summer, and he sounds like someone they know. Sure enough, the two lovebirds are reunited, although in front of his friends Danny pretends to be aloof rather than in love. And so begins our tale of star-crossed lovers. 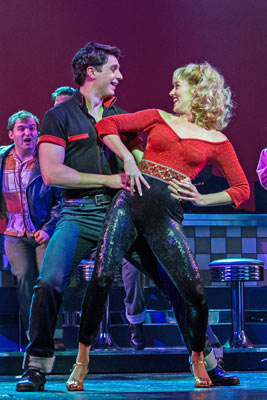 While the movie focuses much more on the relationship between Sandy and Danny, the play paints a broader picture of the entire group of friends and their trials and tribulations as teenagers. Virtually every character gets his or her moment in the spotlight from Doody strumming his guitar in the locker room and performing "Those Magic Changes" to Marty in her bedroom with "Freddy, My Love" and even Roger and Jan enter the fray with "Mooning". The last two being numbers which were left out of the film version.

I've always been a fan of "Grease" and Paper Mill's production is spectacular! If you've only seen the film, you need to head to Millburn and see it in the theatre. Seeing it on stage adds an almost surreal feeling to the story; Minimalistic sets change throughout the play while a live band blasts out the numbers. The minimalism even adds to the nostalgic factor as it sort of emulates the way memories are kind of fuzzy, often leaving some details out. And there's something utterly fantastic about seeing the "Beauty School Dropout" number performed live as if it really was a strange dream.

The entire play is full of classic songs, performed perfectly. From "Summer Nights", which helps establish the characters from the innocent to the wicked to "Greased Lightning" which bursts with as much electricity as you'll ever see on stage, and "Hopelessly Devoted To You" which leads tears to fall throughout the crowd. "Grease" has show stopping number after number after number until it reaches a crescendo with "You're The One That I Want" and Paper Mill's cast nails every tune! 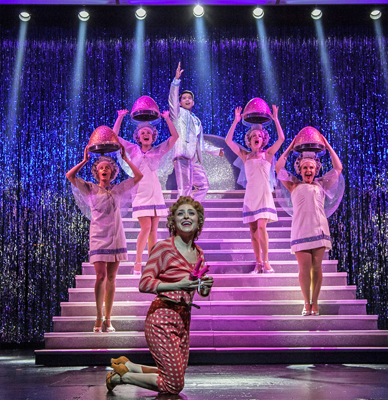 The play stars Taylor Louderman (Sandy Dumbrowski) alongside Bobby Conte Thornton (Danny Zuko). Even though the play has a larger universe than just these two, the roles are paramount to the success of the production and the spotlight loves both of them. In fact, Taylor has a star-in-the-making performance.

Morgan Weed is a scene stealer as Betty Rizzo - portraying her as the original 'mean girl'. She slithers around the stage like a serpent in a Disney cartoon, but waters down the venom a bit during "There Are Worse Things I Could Do", proving she can be vulnerable as well.

The play, which contains book, music and lyrics by Jim Jacobs and Warren Casey, is beautifully directed by Daniel Goldstein with choreography by Joann M. Hunter. Highly recommended! 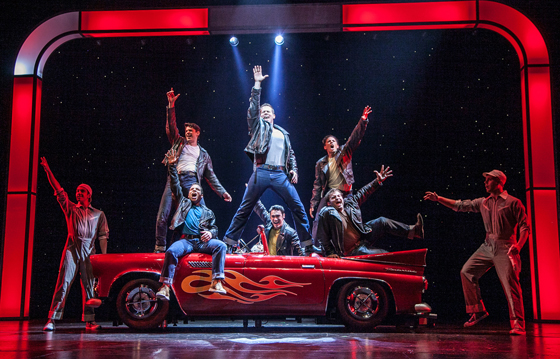