An interview with Mary Krohnert 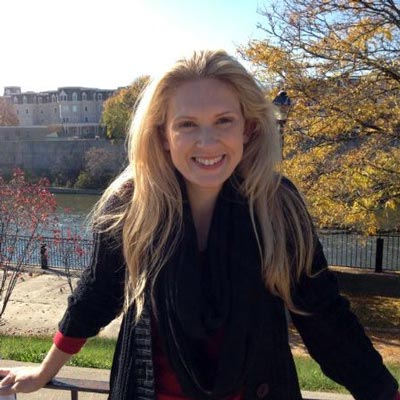 Mary Krohnert is a classically trained Canadian actor who has worked in a diverse array of award-winning theatre, television and film productions. In the independent film Nocturne, she stars as Cindy, an adult woman who falls for a much younger guy who is a sleepwalker.  In one way, they see each other and date every night.  In another, he’s never seen her before and has no recollection of ever being with her.  New Jersey Stage caught up with the actress to discuss the film and the challenges of portraying this unusual character.

I’ve gotta say, I had no idea there were some of the fetishes out there like people attracted to vomiting! You know what? Neither did I. (laughs) And it’s funny doing a film like this because you realize there are a lot more people interested in that than you thought there were.  On the whole, people have been very appreciative. There haven’t been as many fetish-oriented things coming down the line as I thought there might be.  People have been responding to the artfulness of the film and the metaphors that lie within the whole piece.  That, in itself, has been a bit of a surprise because it’s not a run-of-the-mill everyday film.

The film challenges the viewer in many ways.  There is a lot to the story that you have to piece together. It’s part of the storytelling that Saul (Pincus) has chosen to use here.  Considering that a lot of the film is silent in its own way, he’s inviting people into the lives of these characters and into the world of the film.  So, perhaps you have to work for it. You have to place yourself in that world and go for the ride.  If you’re not willing to do that, I don’t think you’re going to enjoy the film at all and you’ll miss a lot of the beautiful things about it.

Your character has to be attracted to Armen during several rather disgusting scenes including him ravaging through a ton of food.  How difficult were those scenes for you? Knickoy Robinson did such an amazing job portraying that.  I think in those moments, the actor part of myself is recognizing that you’re working with this person who is truly going the distance and is committed to the process.  Cindy is such a strange character; if you don’t commit to her world and her life 100% you will be standing there going, ‘This is disgusting, how can I be falling for this person or even be curious about this person?’ But Cindy does.  Cindy’s world is so small that something like this is huge for her — even with the elements of disgust and strangeness to come along with it.

For most of the film Armen is asleep and silent, but once he is awake and talking you can’t shut him up! What was it like to make that sudden transition? That was a relief in a way.  As an actor it was nice to transition into some dialogue for once.  For me, in a sense it’s almost like this movie is set up as two separate films.  Some people like that and some are challenged by it.  For me, having a chance to act with Knickoy - to interact with him in a new way - was just a delight.  And for Cindy, it lets the world see a new side of her as well because up to this point she’s this observer, this voyeur, this strange experimenter and I think at that point she becomes much more human to people.

Did you ever imagine while trying to get into character that it’s almost like Cindy was falling in love with a coma patient? Yeah and that was something that attracted me to the script, that idea of how humans interact with one another.  What is attraction? What is that moment where we first become curious about someone and why?  This isn’t a typical love story by any account.  I’m not even sure it is a love story.  It’s something about being curious about human beings and wanting to be closer to that thing that intrigues us.  That’s what attracted me to the script.  There was so much time within the script to explore those things.  For every person it’s going to be different. For Cindy, it’s very specific.  Cindy, for a large extent, is a child.  There’s a part of her that never had the chance to grow, to explore things from that adult perspective.

Have you ever had any experience with a real sleepwalker? I was one! When I was a child, I was a sleepwalker.  I would apparently do things like my laundry in the middle of the night.

So, you were a good sleepwalker? Well, I didn’t say I did it well! My mom would catch me taking down towels and sheets and things like that.  She said I would sometimes just dump them in front of the laundry machine and then go back to bed.  I don’t know what that says about me logically and I don’t want anyone to analyze that too much, but it is funny to think of those moments and not remember or have any clarification about how or why.

What was your best experience about working on this film? To be honest, the best part was working with such an ambitious crew.  Such talented, extraordinary people gave their time to this project.  Any indie film in Canada being made is a labor of love because compared to the States we don’t have the numbers to support an industry the same way you do.  We’re very lucky if any Canadian film gets any time in a theatre here, so it’s all grassroots, word of mouth, and festival based.  People have to get the film to travel and reach those places and to do that you have to work with a group of people who care and are putting in everything they can and that was this crew.