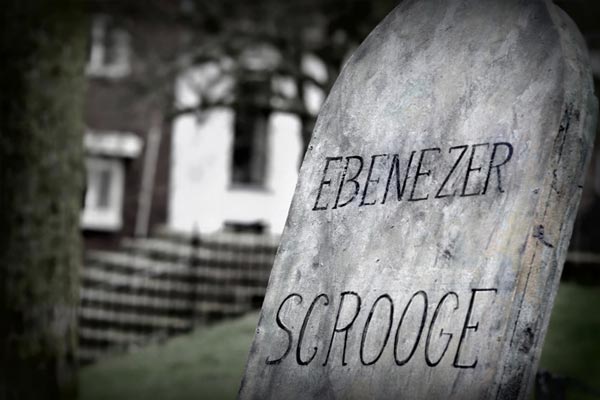 There’s something absolutely wonderful about A Christmas Carol, the holiday classic penned by Charles Dickens in 1843.  The story has been told in countless films, plays, and cartoons.  It is performed on stages around the world towards the end of every season and is universally loved.  But imagine being one of the many actors of a certain age who get typecast as Scrooge and are forced to relive that nightmarish night over and over again each year.

Evered, a Jersey native, has seen some of his own actor friends play Scrooge so often that they have nervous breakdowns each year.  In their honor, he has come up with An Actor’s Carol, a new take on the tale and one that will strike a chord with members of the theatre community who yearn for something different to present each Christmas.  The New Jersey premiere of the play is being presented by Cape May Stage now through December 30th. 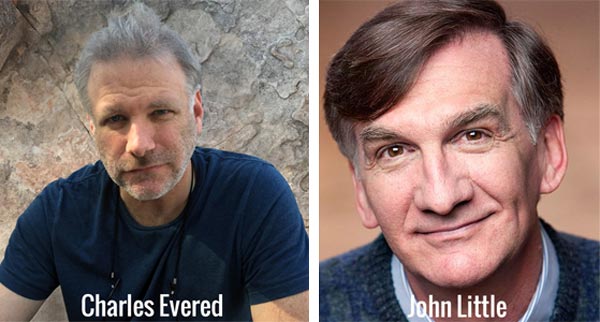 In An Actor’s Carol, a classically trained actor named Hugh Pendleton is playing the role of Scrooge for his nephew’s little theater and is suffering from severe burnout.  He’s been playing that role year after year and cannot take it anymore.  So, after the final performance of the run he gets a bit too drunk, has an argument with his nephew, and is visited by three ghosts of his own.

The ghosts include the Critic of Christmas Past, the Stage Manager, and, worst of all, his agent who is his Marley and takes him through the choices he’s made through his life.

An Actor’s Carol features three actors playing 16 different characters.  Everyone but the Hugh Pendleton character plays multiple roles.  This sets things up as almost a drunken dream for him in which everyone looks somewhat alike, but not truly alike.  And it creates a fun, zany experience for the audience. The Cape May Stage production stars John Little as Hugh, Kirsten Hopkins, Kevin Cristaldi, and Karack Osborn. Roy Steinberg directs.

“It’s kind of a meta examination of A Christmas Carol,” explained Evered.  “At the same time, it’s kind of an homage to it because I love that play.  It’s not that we don’t love it, it’s just become so overly familiar that I wanted to give theatre companies a little bit of a choice towards the end of a season. I kind of make a joke with it throughout the play. Basically the theater does A Christmas Carol so they can pay for all the crappy choices they made the rest of the season.  In this case they’re talking about having done Waiting for Godot and what a nightmare that was and how much money they lost.  They had to do A Christmas Carol to pay for Beckett.  So it’s an insider’s theatre play, but so far audiences seem to get it.  I’m pleased that you don’t have to be a theatre insider to enjoy it.”

Choices for theatres generally revolve around A Christmas Carol, Inspecting Carol, and It’s a Wonderful Life.  While writers often come up with holiday plays, few seem to break through to become a holiday tradition.  Evered hopes that his will.  One aspect that might help is that his play was designed to use the exact same set as A Christmas Carol and could easily be performed in repertory.  This would allow actors to perform both plays four times in a week rather than seven or eight performances of A Christmas Carol.  The combination of moving from the somber original to the zany newbie would keep actors from having breakdowns like the leading man in An Actor’s Carol faces.  Another appealing aspect is having a cast of just four.

Evered named the Scrooge character after Hugh Thomas, his former English teacher growing up at Rutherford High School, and Austin Pendleton, an actor who served as his mentor.

“Hugh Pendleton is kind of an homage to both of those guys,” said Evered.  “Hugh Thomas was in the original cast of The Fantasticks and he was an amazing English teacher.  There I was in 1982 with my Jethro Tull t-shirt on and my Timberland boots and this English teacher came in wearing lime green pants, Hamlet shoes, and a pink jacket! He comes in and starts doing Shakespeare soliloquies and I’m like what the hell is this? It was only later that I realized he was an accomplished actor.  And Austin Pendleton is a brilliant actor that I think should be more known than he is.  He was my mentor.”

The lead character isn’t the only nod to Evered’s past, he says An Actor’s Carol may be one of his most personal plays to date.  It’s something that just happened organically and something Evered didn’t even realize until he saw the play first performed on stage in 2015 at the Hi-Desert Cultural Center in Joshua Tree, CA, with Hal Linden as Hugh Pendleton.

“Oddly enough when I first saw it with Hal Linden I though this was a little diversion, an entertaining piece that I was writing and then I realized, ‘Oh gosh, I think I put myself more into this play than I thought.’ As a writer I thought this is just a dashing off of a draft, but I was moved by it and I couldn’t figure out why.  And then I realized I had put myself into it because I didn’t think about it.  I just wrote from my heart.  Strangely enough, this ended up being one of the more personal plays for me and I’m as surprised as anybody,” said Evered.

After the initial production, Evered wanted to make some changes to it.  He set up some play readings in 2016 and 2017 and fine-tuned the work.  This year it is being performed in Cape May and in Seattle.  Meanwhile his publisher at Broadway Play Publishing has been anxiously awaiting the day when they can launch it to the world.

“I had lunch with my publisher,” recalled Evered.  “I said, ‘What do you think about publishing An Actor’s Carol?’ and he said, ‘What’s taking you so long? I’ve been waiting to publish that for nearly two years!’”

“He thought it was a no-brainer,” continued Evered. “I didn’t know there was a need for holiday plays, but apparently there is.  The hope is that my publisher will send it out to every theatre and they’ll think about doing something other the A Christmas Carol or use this as a companion piece.”

Evered is a Professor of Playwriting at the University of California, but has plans to move back to New Jersey full-time to be closer to his children and friends.  One child is already in college and another is a senior in high school.  The thought of college tuition has Evered hoping his play becomes a holiday tradition. 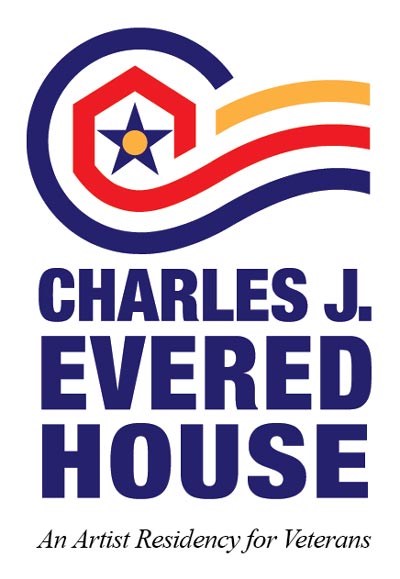 He may be leaving California, but Evered has truly left a legacy behind him with the Charles J. Evered House in Joshua Tree National Park.  This is a program division of Hi-Desert Cultural Center whose mission is to facilitate the creativity of veterans and those who serve in conflict zones.

It’s a great way of paying forward as they say.  When Evered graduated from Yale University he found himself broke and in need of a chance to start his writing career.  He found it from the support of three artist residencies, which provided room and board and the opportunity to create.

“As a young writer, it was invaluable for me,” noted Evered.  “I thought if I ever got the opportunity I’d love to start an arts residency specifically for veterans who are artists.”

With the help of a few friends and a GoFundMe campaign, they were able to buy a ranch house near Joshua Tree.  The house had its first part-time resident last month and will have its first full-time resident in January.  The plan is to host three residents a year.  Each gets to stay for free, receives $500 to go for travel or food expenses, and get the run of the house for a complete month.  Most importantly, they get the opportunity to create as Evered did.

“It’s been way more work than I thought it would be, but I’m perfectly happy to do it because it’s so rewarding,” said Evered.  “It’s named after my dad who died in 1979.  He was a World War II vet and this is sort of a tribute to him.”