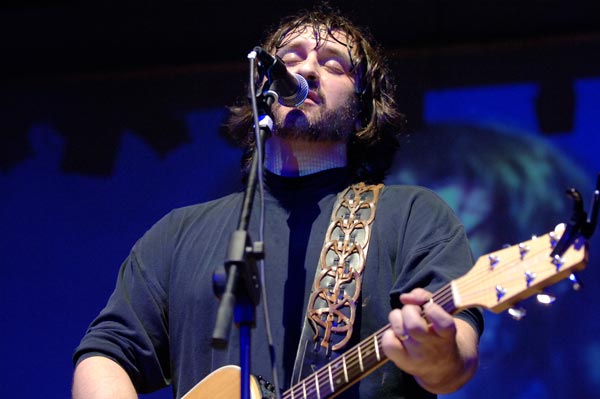 (ASBURY PARK, NJ) — One of the best “good guys” in the music scene is Joe D’Urso.  He’s been a major force in benefits for organizations such as the Light of Day Foundation and WhyHunger for years and years.  On Wednesday, November 22, he’s back at it with a great lineup in support of WhyHunger with a night of songs by Bruce Springsteen. In addition to Joe D’Urso & Stone Caravan, the lineup includes JoBonanno & the Godsons, Joe Rapolla & the Perfect Square, Bobby Mahoney & the Seventh Son, Jon Caspi & the First Gun, Dan Amato & the Sentimental Gentlemen, Stella Mrowicki and DJ Lee Mrowicki.

“I have been involved with WhyHunger, formally World Hunger Year, since 1997 when myself and Stone Caravan were asked to be part of a recording project that was called One Step Up, Two Steps Back - The Songs of Bruce Springsteen which was released on Capitol Records and then we were asked to be the house band for the CD release party at the Motown Cafe in NYC as well as the Beacon Theater a few months later. It was at the this time that longtime WhyHunger Hungerthon director, Sue Leventhal, asked me to join their family,” said D’Urso.

“I was very aware of the organization as I had listened to live Hungerthon broadcasts on WNEW-FM since I was a kid and it always bothered me that their were hungry folks living in our area," continued D'Urso. "I was then asked to join the Board of Directors in 2012 where I still currently serve. There is a Harry Chapin quote that kind of sums up why I am involved with WhyHunger: ‘Hunger is an obscenity and hunger in America is the ultimate obscenity.’”

The benefit will be a night of Springsteen songs and a great way to spend Thanksgiving Eve.  In addition to raising money and awareness for WHY Hunger, attendees are encouraged to bring non-perishable food for FulFill (the food bank of Monmouth & Ocean County).

“We did a night of Bruce songs for WhyHunger about 4 years ago and I thought it was time to revisit it as it was a lot of fun and Bruce has been such a great supporter of Why over the years,” added D’Urso. “It also a good challenge to work with all the other great artists and to have no repeats songs from the bands as well as from DJ Lee!”

DJ Lee (Mrowicki) hosts a three-hour radio program called “Radio Jersey” on AsburyMusic.com.  He is well known in the Jersey Shore music scene as the Legendary Voice of The Stone Pony.

Showtime is 7:30pm and admission is $20 for the WHY Hunger benefit.  The Wonder Bar is located at Fifth and Ocean Avenues in Asbury Park, New Jersey.

WhyHunger is a leader in building the movement to end hunger and poverty by connecting people to nutritious, affordable food and by supporting grassroots solutions that inspire self-reliance and community empowerment.

The organization was founded in 1975 by the late musician Harry Chapin and Radio DJ Bill Ayres on the fundamental belief that access to nutritious food is a human right and hunger is a solvable problem in a world of abundance. What began as a simple commitment between two friends to make a difference has grown into a global non-profit, celebrating over 40 years of supporting social movements and grassroots innovations to change the systems, policies and institutions that perpetuate hunger and poverty in our world. WhyHunger has proven that change is possible and that justice can prevail.