9 Singer-Songwriters To See At SOPAC During 2021-22 Season 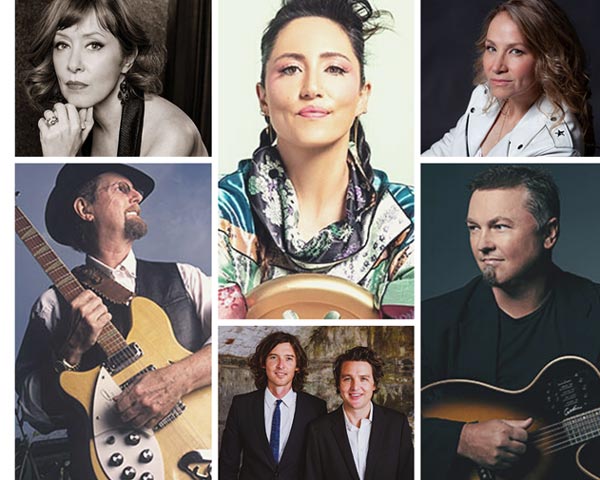 (SOUTH ORANGE, NJ) -- South Orange Performing Arts Center (SOPAC)’s 2021-2022 season offers a full slate of talented Singer-Songwriters. Audiences can experience a broad swath of sounds, from the instantly recognizable music of Suzanne Vega, KT Tunstall and Roger McGuinn to up-and-comers like laidback Eric Hutchinson and the harmonious The Milk Carton Kids. This series features a Rock and Roll Hall of Famer, an Indie Folk duo, a Bayou Soul artist and a Grammy Award winner. Sample music from this lineup through SOPAC’s Spotify playlist.

Tropical Storm Ida Update: Although SOPAC experienced flooding and damage due to the storm, at this time, we anticipate being able to re-open to the public for performances beginning September 10. Stay tuned for updates on their website.

SEPTEMBER 10 Eric Hutchinson with Special Guest Caleb Hawley; Tickets: $28-$38. This sharp dresser with a laidback sound has performed with artists such as Amos Lee, O.A.R. and Jason Mraz and is often compared to Joshua Radin, Matt Kearney and Gavin DeGraw. The multi-instrumentalist will share stories and songs, such as his #1 hit "Rock & Roll” and "OK, It's Alright with Me."

SEPTEMBER 30 The Milk Carton Kids; Tickets: $35-$45. With pure tones, entwined acoustic guitars and rootsy songwriting, The Milk Carton Kids weave a captivating spell. The harmonious sound of the twice Grammy Award-nominated Indie-Folk duo has earned them comparisons to Simon & Garfunkel and the Everly Brothers. Their engaging live shows have a touch of comedy with Smothers Brothers-esque banter.

DECEMBER 9​​​​​​​ Martin Sexton; Tickets: $38-$48. His spirited songs run the American musical gamut, incorporating Soul, Country and Blues. The guitarist has been praised for “his unpretentious heartiness” (The New York Times).

DECEMBER 10​​​​​​​ KT Tunstall; Tickets: $35-$48. On the heels of her tour with Hall & Oates and Squeeze, the guitarist brings us her sensual Pop-Rock energy. The Grammy Award-nominated KT Tunstall is best known for her hits "Black Horse and the Cherry Tree” and “Suddenly I See."

MARCH 18​​​​​​​ Edwin McCain; Tickets: $38-$48. Singer-songwriter and guitarist has been called the “great American romantic” (The New York Times). His tender, instantly recognizable ballads "I'll Be" and "I Could Not Ask for More" are immortalized in several 2000s film and TV soundtracks.

APRIL 1​​​​​​​ Marc Broussard; Tickets: $35-$45. An old-school Southern Soul singer blessed with both a rarefied talent and an innate stylistic and emotional authenticity, an artist whose old school blend of Rock, R&B, Soul, and sensitivity have made him one of the most indelible artists of his generation.

At this time, all SOPAC patrons are required to show proof of vaccination or a negative Covid-19 test. All current Covid-19 Precautions & Policies can be found at SOPACnow.org/Covid-19.