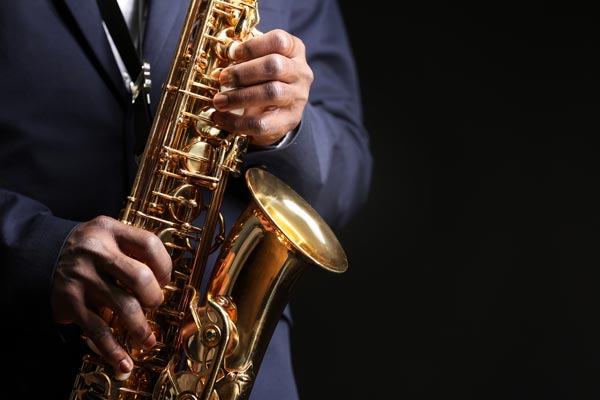 (NEWARK, NJ) -- On March 30, Rutgers University Libraries Institute of Jazz Studies presents a Research Roundtable entitled: WAM, BAM: White American Music, Black American Music: The Restless and Revolutionary Tradition (sic) and the Spirit of Static Change: Deep Sources.  The roundtable, hosted by Allen Lowe, will take place in the Dana Room of the John Cotton Dana Library, Rutgers University-Newark at 7:00pm.  Admission is free and the roundtable is open to the public.

"Jazz's biggest problem is, I think, complacency. Hence a lot of its conservative reaffirmation of certain kinds of 'traditional' values. Yet the music has survived by virtue of its paradoxically revolutionary traditionalism - it's ability to look at its past (and the past, really, of all American music) through the slightly distorting yet transforming lens of sonic variation, out of deeply African and African American sources altered, even as they changed internally, by the pressures of white, Euro-American economic hegemony. The result is a Creolization of certain kind of sonic habits, black to the core yet never shy about their borrowings from both outsiders and insiders. Hence this talk:"

"We will play a series of recordings illustrating aspect of varying styles of black American music from the years 1900-1950, and discuss the ways in which they both fit into and deviate from conventional ideas of this American sonic heritage."

Allen Lowe is a historian and saxophonist whose latest CD project, Mulatto Radio: A Jew At Large in the Minstrel Diaspora has been called a work of "genius" by John Szwed. In the past he has recorded with Julius Hemphill, David Murray, Matthew Shipp, Roswell Rudd, Doc Cheatham, Ursula Oppens, and others. Loewe has written several books on jazz, rock and roll, and the blues, and is currently working on a history of country music. He is also a mastering and restoration engineer.