The Death of Internet Radio 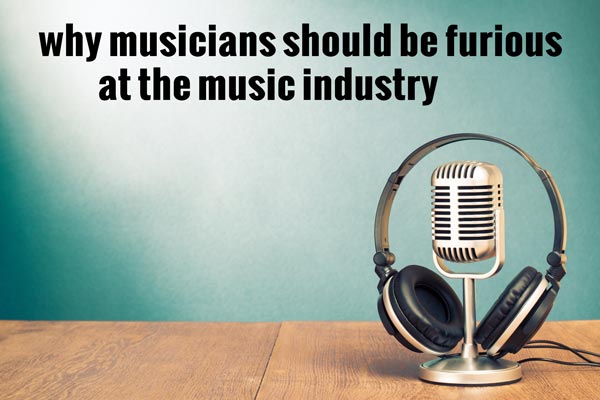 Independent musicians are losing many of their best supporters because of a major increase in royalty rates charged to internet radio stations.  Over 5,000 stations on live365.com are forced to shut down at the end of January and that’s only the tip of the iceberg.  It’s not that these stations don’t believe in paying royalties to artists, it’s that the royalty rate put in place is simply unworkable.  Independent musicians should be upset since internet radio stations often provide their first (and sometimes only) radio airplay.  Music licensing companies are supposed to be working for artists and not shutting down promotional outlets and potential revenue sources.

For a large business $1200 a month might be workable, but many internet radio stations operate as hobbies by music fans.  These station owners are likely former DJs, music writers, or music fans who want to introduce others to the artists they love. Stations run as hobbies are free to play whatever they want, often broadcasting independent artists or niche genres. Even if the stations made the jump from a hobby to a business, the move would be counter-productive because royalty rates increase if the station actually earns revenue to help pay for the royalties owed!

The royalty rate increase is due to the expiration of the Webcaster Settlement Act of 2009.  This allowed online stations to base their royalties on the amount of revenue produced by the station.  In essence, this is the most logical way royalty rates should be handled.  Stations could be run as a hobby as long as they paid their share of music royalties.  If the station grew popular and profitable to the point it could be a viable business, the owner would be paying higher royalties based on higher revenue.

Unfortunately, the record industry doesn’t want online radio stations to be run as hobbies.  It’s hard to understand why they don’t, except it’s likely they would prefer royalties to come from a few of the biggest artists as opposed to thousands of small artists.  With internet radio stations shutting down, independent artists will get far less airplay, and listeners will be steered back to the major mainstream artists who bring in the most royalty money.

For terrestrial radio stations who have invested in tens of thousands of dollars in equipment to broadcast, the idea that someone can have the same signal from a station run by a hobbyist must be frustrating.  And it’s only going to get worse.

Most people listen to the radio while driving, but when was the last time you listened to the radio via your stereo or an actual radio?  With more “internet connected cars” hitting the market each year, terrestrial radio is starting to lose its one big advantage.  It’s already easy for people to listen to online radio stations in their car from phone apps like TUNEIN — if the app is built into a car with wi-fi it becomes even easier.

An even playing field would be great for independent musicians as it would allow online radio stations to grow their audiences and introduce them to people around the world.  It would even help artists earn more money from royalties.  And that may be why the record industry doesn’t want to see online radio succeed.  It never has.

The playing field has never been equal, since internet radio stations have had restrictions imposed on them that were not applied to terrestrial or satellite radio stations. While terrestrial radio and satellite can play a complete album or an entire weekend of songs by a particular artist, online radio is limited to just three songs by one album or four songs by an artist in a three hour period.

You have always had the ability to call up your local radio station and request a song, sometimes even hearing it played as the next song.  Online radio stations must wait a full hour before playing requests — even though software could play the requests instantly.

Websites like Spotify exist because you can instantly choose the artist and song you want to hear.  Internet radio stations are not only forbidden from letting users do something like that, they cannot even announce what time a song will be played.

All of these rules have essentially prevented the growth of online radio.  The rules have also hurt independent artists.  Many online radio stations would have loved to offer special shows featuring the work of a single independent artist.  Such shows would have provided wonderful promotion for artists.  It’s not that online radio stations didn’t see the value in programs like that, they weren’t allowed to create programs like that.

In the end, everything comes back to the classic line: follow the money.  So let’s take a look at how terrestrial radio would fare under the same royalty system for online radio stations. The answer is obvious, these rates would literally bankrupt terrestrial radio.  It wouldn’t make a difference if a station had a large audience or a small one, both would go under.  In fact, the larger the station the more likely they would be forced to close.

It doesn’t matter how many ad sales are made by a terrestrial radio station, no business would be able to survive under those rates.  So, why did the record industry think online radio stations could? Maybe they didn’t.  Maybe this is simply their way of getting rid of internet radio stations once and for all.  If you are an independent musician, wouldn’t you like to know the answer?