Banding Together For Bernie 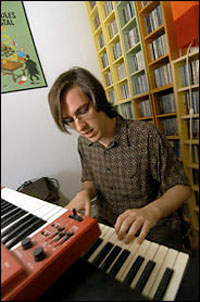 (JERSEY CITY, NJ) -- On Saturday, January 2, several artists are banding together for Bernie Sanders at The Citizen (332 2nd Street, Jersey City).  The show begins at 8:30pm and Tris McCall will perform with his full band at 9:00pm.  The night also includes sets by Jim Testa (of Jerseybeat), the Sensational Country Blues Wonders, and Secular.  The organizers are asking for a $20 donation and hoping people spread #jcforbernie across social media.

"2015 was a troubling year, and the scariest thing about it was that public discourse turned ugly and un-American," said McCall. "Sealing the borders against immigrants and refugees, carpet-bombing Middle Eastern cities, discriminating against citizens on the basis of religion -- these were actual proposals made by major political figures, and the headlines were like something out of a dystopian fantasy. I expected Democrats to push back, but the party establishment has been so determined to provide a smooth path to nomination for Hillary Clinton that the response to hatemongering has been weak."

"In 2016, we need a real counterweight: somebody who will stand on the world stage and speak up for true American values," he continued. "Senator Sanders' belief in compassion, inclusiveness, decency, and fair play is acknowledged even by his political opponents. I don't always agree with him, but I know he's a mensch, and that his heart is in the right place. He's someone I'd be proud to vote for. I hope i get that opportunity, and I hope you'll help make it happen."

For more on the show visit its Facebook event page.