Sights and Sounds of Note: August 2015

By Rich and Laura Lynch 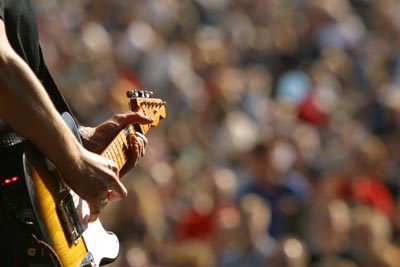 The dog days of summer are here and we all know that they can be steamy and oppressive but in this installment of S.S.O.N. they are just hot and progressive! That’s because many legends of prog rock found their way to our offices recently - here’s what we’ve been listening to lately.

In case the music of ASIA was not enough to wet your appetite then John Wetton’s The Studio Recordings Anthology should be enough to quench your thirst. This two disc CD set compiles some of John’s best work from six of his solo albums. Bassist John Wetton is joined by an impressive list of friends including Robert Fripp (King Crimson), Steve Hackett (Genesis), Geoff Downes (Yes/Asia), Steve Lukather, Simon Phillips (Toto) and more. The Studio Recordings Anthology is a comprehensive collection of compelling often catchy songs that flow from progressive to softer rock. John’s singing and songcraft also standout on this highly satisfying album.

In addition, Wetton recently released New York Minute recorded with the Les Paul Trio at The Iridium - an intimate jazz club in New York City. Musicians from all walks of life have performed at the Iridium, which still has a strong connection to the late Les Paul. The live set was a series of nine songs that were influential to John. Between tunes Wetton talked about his selections starting with Steely Dan’s “Do It Again” that flowed into the still powerful “What’s Going On” by Marvin Gaye. Because of the band configuration the music was jazzier with the piano playing a prominent role in the majority of the songs. Other highlights included The Beatles “Lady Madonna” and “Heat of the Moment” from John’s band ASIA. New York Minute captured a moment in time where seasoned musicians spent an evening playing classic rock songs for the passion and pleasure of it.

MAP stands for the Moraz Alban Project. Many may know pianist Patrick Moraz for his film scores, solo projects or his work with classic rock bands Yes and The Moody Blues. Drummer/percussionist Greg Alban is a financial planner and musician. With help from a number of guest players the two friends plotted to write music for the piano and drums rather than the more traditional vocal and guitar format. The result is an innovative instrumental nine-track CD that takes plenty of twists and turns into the realms of jazz, New Age and progressive. The opening track “Jungle Aliens” with its bold rhythms paired with beguiling keys sets the imaginative course for the rest of the record that ends with a spectrum of sounds in “Alien Species.”

Speaking of Yes, they return in 2015 with the second release in the “Like It Is” series. With the recent and tragic passing of the stalwart member Chris Squire, perhaps calling “like it was” might be more appropriate. The band is carrying on with Billy Sherwood but the presence of the founding member on bass will be surely missed. Squire’s power and precision can be felt all over Like It Is - Yes Live At The Mesa Arts Center which documents their multi-album tour where they played their classics Close To The Edge and Fragile in their entirety. Newcomer Jon Davison is clearly up to the task as he leads the band through these blue chips from the catalogue. Howe shines during multiple solo slots while “The Fish” is bittersweet knowing we’ll never hear it played quite the same again.

Mick Abrahams’ Revived! could have multiple meanings as Mick is revived after major health issues or he might be saying that many of the songs on his 17-track CD are re-energized covers. Either way, Abrahams (the original guitarist in Jethro Tull and the driving force behind Blodwyn Pig) serves up an invigorated mix of diverse musical styles all spiked with hot guitar licks often infused with the blues. The album opens and closes with an original in two versions. “Summer Day” sizzles with smoking riffs and rhythms. Mick and his band put a creative spin on “On The Road Again” and have fun with “Boney Moronie.” There are also a number of instrumentals on Revived! including the delicate and delightful “Dragonfly” featuring two dancing guitars. Mick Abrahams is back with a nod to the past yet very much in the present with this flavorful album.

While not prog, this next band stands as long-lasting and legendary member of the Southern Rock genre. On One More For The Fans, Lynyrd Skynyrd presents a powerful testament to their legacy on CD and DVD. The set also serves as a tribute to the group that has seen much triumph and tragedy in their time. An All-Star cast including Trace Adkins, Alabama, Gregg Allman, Cheap Trick, Charlie Daniels, Peter Frampton, Gov’t Mule, Warren Haynes, John Hiatt, Moe., O.A.R., Robert Randolph, Donnie Van Zant and many more joins the current day lineup in celebration of the undying rock and roll spirit embodied by these southern rockers. Filming took place during one special night last November when this extraordinary collection of artists came together at the historic Fox Theatre in Atlanta, GA to perform and honor the songs of Lynyrd Skynyrd, one of the most influential bands of our time. Highlights include a special rendition of “Travelin’ Man” with Johnny Van Zant singing along with an archival video of his late brother, Ronnie performing, as well as a rousing rendition of “Sweet Home Alabama” with Skynyrd inviting the entire star-studded line-up up on stage to perform alongside them.

Nashville-based Los Colognes have premiered “Backseat Driver” from their sophomore album Dos dropping on 9/4. The song takes a trip that unfolds with sweet scenes and a soundtrack fueled by sweet pop and tasty hooks. The four minute and 13 second ride careens by with such a satisfying pace that you’ll be accessing your UBER App to go round again and again. Can’t wait to hear more... Also from Music City, The Delta Saints haved bared their Bones via Loud & Proud Records. Spearheading the project is Eddie Spear who has worked with Jack White, Arctic Monkeys, Neil Young and others. The result is a strong platter drawing comparisons to bands like My Morning Jacket and The Black Keys. If you’re looking for rootsy, bluesy, experimental and danceable music,The Delta Saints will help you shake your bones all night long on the strength of this solid release... Australian Jodie-Joy gets “Naked” and bares her soul on her new 5-song EP. Fans of independent soulful music and singers like Celine Dion, Adele and Annie Lennox will appreciate the beauty and passion of JJ’s voice on this revealing and appealing release... See ya next month!

Richard J. Lynch and Laura Turner Lynch are the founders of MusicCityNashville.org, an Internet-based music industry magazine and review site, online since 1999. Laura is a published author of the inspirational (Positive Power Secrets From A to Z ). Rich regularly interviews famous rock stars for the site's radio show and he has recently launched his own recording career at (www.richlynchband.com)