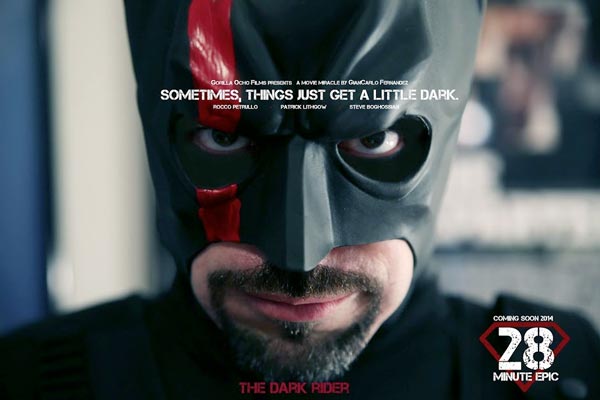 The mission of the Rahway International Film Festival is to provide an opportunity for artists worldwide to showcase works that educate, inspire equality, empathy and awareness through film. In keeping with equality, the festival is also dedicated to showcasing an equal ratio of films made by female and male filmmakers.

To accommodate its growing popularity, the 2015 Rahway International Film Festival will be a multi-day event. In addition to the event being extended to cover three days, Founder and Festival Director, Gina Marie Rodriguez and her team are launching a new initiative. Ten percent of the ticket sale proceeds will be donated to charitable endeavors: Integrity House “Boys of Bate Program” and the National Alliance for Mental Illness.

“We at RIFF feel that entertainment is an important piece of maintaining personal happiness, but we also know that a good time can't fix everything. We would like to give back to communities in need in other ways as well. This year we will be donating 10% of our ticket sales to both Integrity House in Newark and the National Alliance for Mental Illness in Union County. Both companies are worthy non-profits that we encourage others to learn more about,” said Rodriguez.

A primary objective of the festival is to enhance the creative community in the Rahway area and provide a platform for both local and  international storytellers; to not only share their work but offer a place to forge new relationships for collaboration.

Emerging and seasoned filmmakers as well as actors have the unique opportunity to network and learn from one another during the festival’s Opening and Closing Nights Parties, Networking Events, and a variety of Festival Seminars and Panels.

“The Rahway International Film Festival is a breath of fresh air in the artistic town of Rahway New Jersey. As a working actress, it's so important to network. And this event allowed me to meet some amazing and talented people, not only in the film industry, but all walks of life,” said Mahogany Reynolds, Actress and Executive Director of Just Be You Performing Arts, a Rahway based mentoring organization.

During this year’s festival, attendees will enjoy a large variety of screenings, to include: documentaries, shorts, animation, and introducing feature length films. The Rahway International Film Festival promotes diversity and provides a venue for both up and coming and established filmmakers from around the world to showcase their works. The event highlight will be the Awards Ceremony where filmmakers and actors will be recognized. The Awards Ceremony will be hosted at Patria Latin Bistro, a RIFF primary sponsor.

“There was a great crop of films in each film block. It was a great honor to be included. We need this here and [this festival] is definitely filling the void", said Temilolu Tokosi, Director of "The Will to Want", winner of the Rahway International Film Festival’s Audience Choice Award in 2014.

Patria Latin Bistro, The Union County Performing Arts Center, and Central Jersey Indie Films are proud key sponsors of this year’s festival. Rahway is known as an arts town, and the festival affords not only local residents, but film lovers from all over, to enjoy a unique collection of films submitted from around the globe.

Patria, a local Rahway restaurant and lounge, will be the location of the event’s Opening and Closing Night Parties.

The Rahway International Film Festival is operated and run by a dedicated body of volunteers. Sponsorships and donations to the festival help support operational and production expenses.

“We believe that film can reach the mind and soul in ways nothing else can. For this reason, we present films that strive to promote equality, champion the oppressed, and promote open-mindedness. We aim to give a platform to those whose stories may otherwise go unheard,” said Rodriguez.

For the full line up of this year’s film screenings and event schedule, check out the festival’s website at: www.rahwayfilmfest.com. Ticket prices range from $10 to $35 and can be purchased at the Union County Performing Arts Center's website at www.ucpac.org.