PRINCETON'S NEWEST FILM FESTIVAL TO DEBUT ON SUNDAY, MAY 17 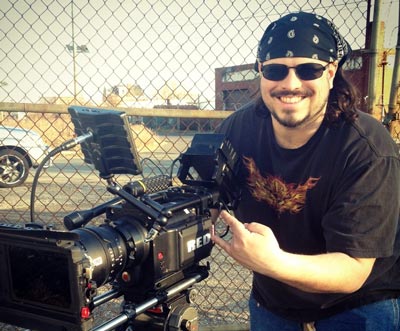 (Princeton, NJ) -- On Sunday, May 17, Nassau Film Festival, Princeton's newest film festival, will take place at Princeton's Garden Theatre (160 Nassau Street), starting at 11:30 a.m. This event is Free of Charge and open to the public.

Photo: New Jersey-based filmmaker, Adam Chinoy, a graduate of Fairleigh Dickinson University's Electronic Filmmaking Program, will have his film "Give Me A Beer" screened as part of the Nassau Film Festival on Sunday, May 17th at The Garden Theatre in Princeton, NJ.