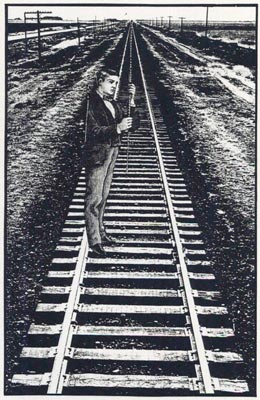 All the works selected were screened by a panel of judges including media professionals, journalists, students, and academics. These judges selected the 27 finalists which will be publicly screened at our Festival. These finalists were selected from over 323 works submitted by filmmakers from around the world. In addition, the judges chose the Prize Winners in conjunction with the Festival Director. Prize winners will be announced after the screenings on Sunday, June 17.

Special Guest Appearances by Directors, Artists, and Scholars:
This summer we are pleased to announce over twenty confirmed special guest appearances by film directors, artists, actors, and scholars to the 2012 New Jersey International Film Festival! All visiting directors will introduce their work and do a Question and Answer session after the screenings. For more information on these special guest appearances see the attached schedule or go to our online site at www.njfilmfest.com. Note: more filmmakers will be appearing but were not able to confirm their attendance at this time. So check our website for updated information.

Special Promotions and Events:
Free Food at the 2012 New Jersey International Film Festival on all evenings of the Opening and 2nd Weekend courtesy of Maoz Vegetarian and Jimmy John's of New Brunswick and Special Meal Deals for all Festival evenings! Participating New Brunswick restaurants, including Panico's Brick Oven Pizza, Panico's Italian Restaurant, Tula Restaurant, Tumulty's Restaurant, and others will be providing discounted dinner options on festival evenings with proof of a film ticket stub. Check our website: www.njfilmfest.com for a complete list of participating restaurants. Special Thanks to the restaurants listed above and to Fawn Stephens and Pam Stefanek of New Brunswick City Market for making this possible!

New Screening Facility:
We have very exciting news. Our new primary screening location Voorhees Hall #105 features comfortable, cushioned seats, stadium seating, and hi-definition projection and sound systems! Come check out our new screening space and see for yourself how great it is!

Film/Video Workshops:
The New Jersey Media Arts Center will offer two filmmaking workshops this summer including: Screenwriting I and a new class Cinematography: The Creative Use of Reality. For more information on these workshops see the attached schedule or go to: www.njfilmfest.com.