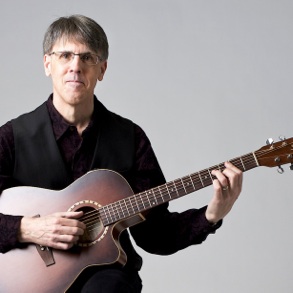 Middlesex County-based singer-songwriter, Jeff Saxon's "High Time For a Hero" music video, was selected as a finalist in the 30th annual New Jersey Film Festival. This emotionally-affecting piece about a teenage girl finding consolation and courage in treasured memories, will premiere on Friday, February 10th at the festival's Voorhees Hall venue at Rutgers University.

"To be chosen as a finalist in such a well-regarded film festival in my home state is a wonderful feeling", Saxon said exhuberantly. He continues: "The song directly addresses the issues of today... ones that are preying on many people's minds... a growing sense of concern about the economy, frustration about political gridlock in Washington, and the emotional toll of war". Yet perhaps a deeper resonance can be found in the song's refrain about heroism, which he feels "is artistically lifted to a higher realm" in the video. " To be heroic means thinking on a larger scale; beyond the day-to-day things that are important in our own lives" . That message, he feels, "is quite timely as the 2012 election inches closer amidst sustained protests and a growing sense of disenchantment about the economy and political gridlock in Washington".

The video, directed by Christina Eliopoulos, and lensed by cinematographer, Edouar d'Nammour, was shot entirely on location in Perth Amboy. The central character in the video is a 15-year-old girl who conjures up images of ballerinas as a way of finding beauty in her inner city world and fleeting relief from worries for her brother, a young soldier. In the video, young ballet dancers from The Joffrey Ballet and Alvin Ailey ballet troupes are seen dancing in the streets of the city, in abandonned housing projects and under bridges. For the young protagonist, the most delicate and lovely of memories are found in gritty and desolate places. This is the first music video project from Ms. Eliopoulos, but the second time her work will be featured at the festival. In 2009 her feature film, Greetings From Asbury Park, won Best Documentary honors.

The international film festival selected Saxon's moody and topical video along with three other out-of-state entries. The finalists will be scored by a juried panel on the New Brunswick campus of Rutgers University. The event, which opens in January 2012 and runs through March 1st, is open to the public and has varied admission fees (www.njfilmfest.com). The single, "High Time For A Hero", is available on iTunes and the video can be viewed on You Tube.