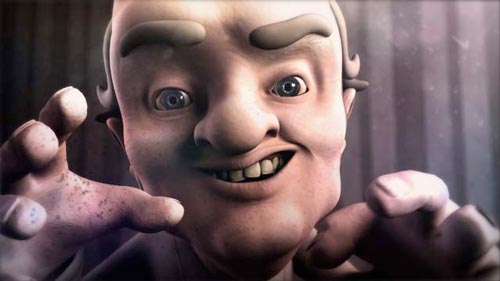 All the works that we are screening, with the exception of five programs, are part of the New Jersey Film Festival competition and were selected by a panel of judges including media professionals, journalists, students, and academics. These judges selected the 31 finalists which will be publicly screened at our Festival. The finalists were selected from over 312 works submitted by filmmakers from around the world. In addition, the judges will choose the Prize Winners in conjunction with the Festival Director. Prize winners will be announced after the screenings on Sunday, February 12, 2012.  Film Premieres:
Over 50 films will have their New Jersey or Area Premiere (Middlesex County) screenings as part of the New Jersey Film Festival Spring 2012 and the United States Super 8 Film & Digital Video Festival. Some of these include: Derek Lindeman's very dark romantic comedy Calendar Girl; Dena Seidel's inspiring film Thailand Untapped; acclaimed filmmaker Aubrey Powell's eye-opening and exhilarating documentary The Bull Runners of Pamplona; Gary P. Cohen, Paul Kaye, and Jann Kniskern's Halloweenville - a vibrant documentary about the intensity with which Halloween is celebrated in Lambertville, New Jersey; Dan Bush's brilliantly surreal short Ghosts of Old Highways; My Left Hand Man -- a superb short by Antonia Bogdanovich (daughter of acclaimed Hollywood director Peter Bogdanovich); Scooter Downey's amazing feature It's In The Blood starring Lance Henriksen (Aliens, The Right Stuff); Ian Douglass and Eric Fulford's Day At The Pool - an enthralling documentary about the true origins of modern skateboarding; James Boldiston's hilarious documentary Dog Poo; Frank Lisi's sexy home grown feature The Red Corvette; Jason M. Solomon's documentary 7 Years Underground: A 60's Tale which focuses on the legendary Cafe Au Go-Go; Bryan Enk's compelling feature The Big Bad; Sky Pinnick's terrific wine documentary Boom Varietal and many, many others. For more information on these premiere screenings see the attached schedule or go to our online site at www.njfilmfest.com.

23rd Annual United States Super 8 Film & Digital Video Festival:
Also during the Spring 2012 season, the Rutgers Film Co-op/NJMAC will present the 23rd anniversary of the United States Super 8 Film & Digital Video Festival -- the longest running, nationally recognized, juried 8mm Film/Video Festival in North and South America. Each of the three evenings (February 17-19, 2012 in Voorhees Hall #105, Rutgers University) will feature a different program of films from throughout the USA, Canada, and the world. Over 200 filmmakers are competing for many Best of prizes. Prize winners are announced on the last night of the Festival and audience members will vote for their favorite film. The Super 8 Festival is open to works predominantly shot on either Super 8/8mm film, Hi8/8mm video and/or Digital Video. This program is being co-sponsored by Eastman Kodak, Jungle Software, Pro 8mm, PAC Lab, Gorilla Software, Johnson & Johnson, and many others. A complete festival line-up will be listed on our website at www.njfilmfest.com by February 10, 2012.

Special Guest Appearances by Directors, Artists, and Actors:
This fall we are pleased to announce over twenty-five confirmed special guest appearances by film directors, producers, and actors to the New Jersey Film Festival Spring 2012! All visiting directors will introduce their work and do a Question and Answer session after the screenings. For more information on these special guest appearances see the attached schedule or go to our online site at www.njfilmfest.com. Note: more filmmakers will be appearing but were not able to confirm their attendance at this time. So check our website for updated information.

Classic/Experimental Films Highlight Thursday Evening Screenings plus a Special Screening:
Classic and rare experimental film screenings will take place on select Thursday evenings. They include: Eadweard Muybridge, Zoopraxographer on January 26; Films by Stan Brakhage on February 23; and Seconds on March 1. Also we will presenting along with the Rutgers Alumni Association The Help -- A Movie Screening and Historical Discussion. With introductions by Rutgers University School of Arts and Sciences Executive Dean Doug Greenberg and an in-depth discussion by Professor White of the Rutgers University History Department. $15 cost includes in depth analysis of the movie, pre-movie reception, and a Rutgers souvenir. For more information on these special screenings see the attached schedule or go to our online site at www.njfilmfest.com.

Film/Video Workshops:
In addition, the Rutgers Film Co-op/New Jersey Media Arts Center will offer 5 of our very popular film/video workshops, taught by professionals, during the spring. They include: Screenwriting I; Filmmaking I; The Film Business: Legal Aspects of the Motion Picture Business; Mastering Audio For General Production Work, and How To Raise Money For Film & Video Projects. For more information on these workshops see the attached schedule or go to our online site at www.njfilmfest.com.