Steppin’ Back Out and Celebrating the New Year with the New Jersey Festival Orchestra and the Legendary Songs of Broadway
NEWS | FEATURES | PREVIEWS | EVENTS
By Gary Wien, JerseyArts.com

“As an artist, it felt like some kind of cross between a forced retirement and a sort of spiritual imprisonment,” said Maestro David Wroe, who leads the New Jersey Festival Orchestra, as he explained what it felt like for him during the pandemic. “For artists and people who are doing this profession as a vocation, it’s part of our psyche; part of our existence. For that to be taken away from us… for me, it was like being in the wilderness for a year and a half.”

NJFO kept busy with outdoor concerts and their “New Beginnings” video series, but their return to live, in-person shows finally came with the “Return of the Three Holiday Tenors” earlier in December. Wroe said the outdoor shows and video series not only kept the performers sharp, but kept them sane. 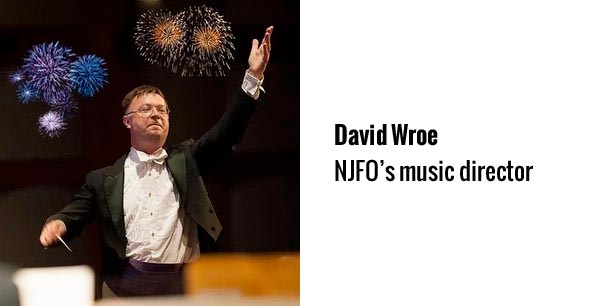 Next up for the orchestra is a pair of shows under the title “Steppin’ Back Out,” which will both close out the year and help usher in 2022. The program includes a revue of Broadway classics with a trio of guest vocalists (Paige Faure, James Moye, and Marissa McGowan) from the Broadway stage along with dancers from Dance Theatre of Harlem. Songs will include those by classic American musical composers Rodgers and Hammerstein, Irving Berlin, Lerner and Loewe, as well as a special tribute to Stephen Sondheim. The first performance takes place on New Year’s Eve in Westfield and the second takes place on New Year’s Day in Basking Ridge.

As you probably can guess, the name of the show has multiple meanings.

“That was deliberate,” explained Wroe. “Steppin’ Out, coming out, we’re back here again. We wrestled with the different titles we could present, but we felt as the show is a retrospective – mostly, but not exclusively of the Golden Age of Broadway – that a play on words would be a nice elegant title. We’re steppin’ out to the old style musicals like those with Fred Astaire. However, I stress that the program is not exclusively the Golden Age because, as you know, we’ve recently lost a giant from the Broadway industry in Stephen Sondheim.”

The program originally had a song or two of Sondheim’s already planned, but Wroe made a few changes when he learned of his passing. In a program with roughly 15-16 songs, the additional numbers make almost a quarter of the show in honor “of that really great man.”

NJFO has worked with the Dance Theatre of Harlem before and their presence provides a clear visual to the title. Adding a more visual element to their performances is something the orchestra has thought about for a while.

“To be frank, since the invention of television, society has become much more used to absorbing the cultural through a visual as well as oral format - perhaps to the detriment of pure music,” noted Wroe. “But it’s a fact of life. We can facilitate that process of audiences feeling an affinity to it if we create an additional dimension to it, which is visual. That was the philosophy behind the ‘New Beginnings’ series – visualizing the musical experience. It’s a slightly simple level, but just having dancers that are sometimes creating original choreography to the music we are performing adds an element of dynamism to the production to further enhance the audience’s experience. That’s a rather complicated way of saying they add to the show!”

And, of course, the “Steppin’ Back Out” name is for the audience members as well, many of whom may be seeing their first live performance in quite a while. Judging by the past year for the orchestra, it’s clear people are ready to return. Each outdoor performance for NJFO was sold out, even as they were allowed more and more audience members each time. And tickets for “Return of the Three Holiday Tenors” sold out faster than ever before.

“It tells me people are hungry for artistic nourishment,” said Wroe. 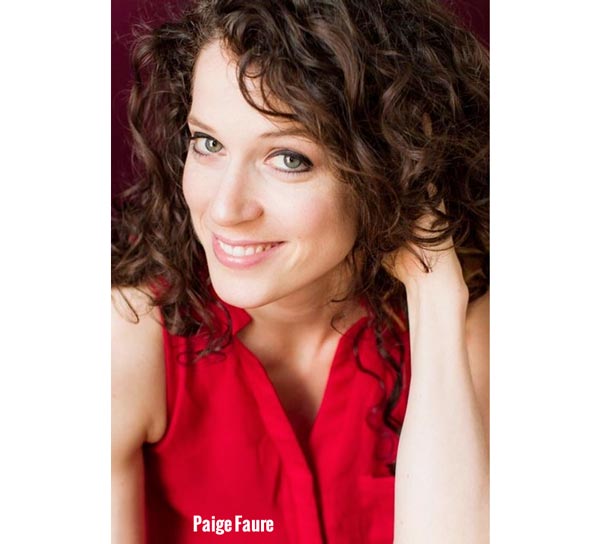 Attendees will be treated to guest vocalists like soprano Marissa McGowan, who has worked with NJFO before. She’s appeared on Broadway in shows like “Les Miserables” and “Kiss Me Kate.” She was also highlighted in NJFO’s “New Beginnings” series and sang two songs there.

Soprano Paige Faure has starred as Cinderella on Broadway and has featured in multiple Broadway shows including “Miss Saigon” and “Bullets Over Broadway,” as well as national tours for “Cinderella,” “A Chorus Line,” “Chitty Chitty Bang Bang,” ”Little Women,” “Aida,” and more. She performed with the NJFO in their “Back to Broadway” outdoor show this past June in Westfield.

“Maestro Wroe has put together a fabulous program,” said Faure. “Its music that calls for dramatic interpretation – it’s passionate as well as comedic, and I’m thrilled to come back to NJFO for such an exciting celebration.”

Performing with NJFO for the first time is James Moye, an accomplished singer, actor, and director based in New York City. His resume includes several Broadway shows, films, TV shows, commercials, world premiere musicals, and plays at many of America’s finest regional theatres.

“These are polished professionals who can sing various styles and who will help me in partnership as we go through this journey of some of the great Broadway songs of the last 70-80 years,” added Wroe. 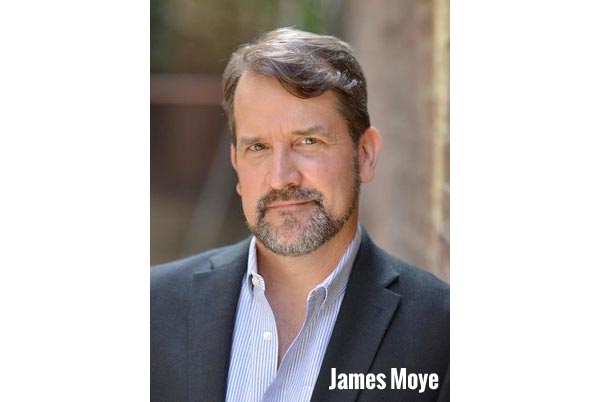 The concept of New Year’s Eve and New Year’s Day with orchestral performances is a tradition held dearly around the world. In Europe, there has long been a philharmonic tradition at the New Year to present programs consisting of music from Johann Strauß and its contemporaries. Instead of presenting music to waltz by, Wroe believes the American Songbook is more in tune with the folk music we have grown up with in America.

“As the waltz may be in the blood of Europeans, I think the American Songbook (which is founded to an extent on the Broadway repertoire) is in the blood of Americans,” explained Wroe. “We feel this is something that a large portion of the population would enjoy on New Year’s Eve as their 20th and 21st century folk music.”

Wroe also believes it is important for orchestras to connect the past with the present and seek out more contemporary pieces.

“I think as musicians it is our duty to play a part – not only as curators of museum pieces, so to speak, but also search to be champions for the future of the art form,” continued Wroe. “So, performing newer works is a task that we conductors and programmers are constantly thinking about. On the one hand, we search for contemporary new works to further the art form, but it is about connecting the past to the present. I can’t think of a successful culture that is not in some way an organic development from its own past. Creating multi-dimensional performances and crossing styles like Broadway music, jazz, and swing, is a very healthy fertilization of the American performing art form.”

“This concert is an opportunity for adults to reminisce to songs they all know, for kids to learn more about some of the most exciting characters to grace the stage and screen, and for us all to revel in the genius of America’s finest composers,” he added. “And it’s a great way for a family to celebrate New Year’s Eve together.”

The New Year’s Eve concert will take place in Westfield High School auditorium (550 Dorian Road) in Westfield, from 7:00 p.m. to 9:00 p.m. The concert will be repeated on New Year’s Day at the Fellowship Cultural Arts Center (8000 Fellowship Road) in Basking Ridge at 2:30 p.m. Tickets range from $42- $70, with a special discount price of only $15 for kids under 18. Tickets for both shows are available for purchase at the NJFO website. Proof of vaccination or negative COVID test required. NJFO will also adhere strictly to all other safety protocols set by each of the venues at the time of the concert.