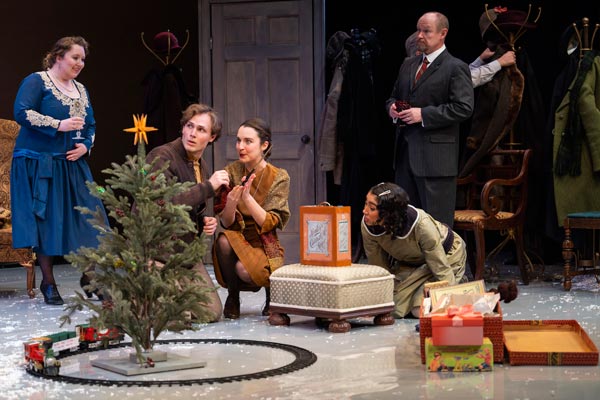 I have got to be the only person in the world who has not seen the play A Child’s Christmas in Wales, read the book, seen the TV drama, watched the movie or listened to the record. I have been watching too much NFL football.

On Saturday, I finally caught up with the play version of Welsh poet Dylan Thomas’ holiday story of his childhood at the Shakespeare Theatre of New Jersey at Drew University, in Madison.

When the play, adapted for the stage by Jeremy Brooks and Adrian Mitchell, begins it is Christmas morning in Swansea, Wales, the poet’s hometown, sometime in the 1920s. It is snowing and the character Thomas, a young teenager, rushes out into it, arms flailing to catch some tiny, thin white flakes as they fall to earth. The snow makes it Christmas on stage right away and what follows is the poet’s memories of many Christmases from his past melded into one. In this age of high tech gadgets and 710 channel television systems, this trip into the past is a wonderful escape for all. It is an even better escape in this Covid age. The Shakespeare Theatre of New Jersey, and hundreds across the nation, has re-opened and it is a pleasure to walk back into it, even if you have to wear a mask and show your vaccine card. 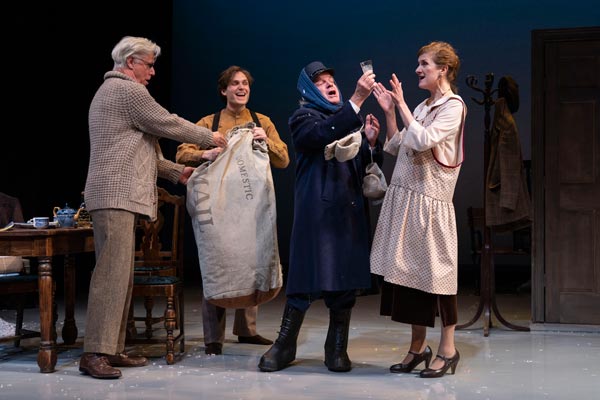 Nothing really happens in A Child’s Christmas in Wales. It is a memory, play, or memory story, and yet at the end of this marvelous tale about people and their love for each other long ago you feel very immensely satisfied. This production at Drew is not just a wondrous story about the 1920s in Wales, but a magnificent tale of Christmases in the U.S, France, Pago Pago – anywhere.  It is a story about love and friendship and the value of life. Thomas reminds us that life is good and that we must not simply cherish it every day, but every waking moment that we have.

The story, brilliantly directed by Bonnie J. Monte, who lets Thomas’ characterizations sprawl across the stage, covers the arrival of many relatives at Thomas’ home on Christmas day for the annual holiday celebration. There are relatives that young Thomas likes and ones that, well, other relatives. The poet remembers each well, giving each an individual and unforgettable identity. Thomas’ dialogue Is beautiful and soaring at the same time. I could not wait for the next line of the play, just to savor it in my mind. The play combines Thomas story with Welsh folk songs that provide a sometimes soft and sometimes loud, but always lovely, backdrop to the story. Music director Robert Long has done a fine job with the Welsh music, blending the songs into the story at just the right places. The music  serves as backdrop, too, for the long series of ghost stories told by several relatives at the end of the play.

The best part, for me, was young Thomas and his buddies trudging around pretending they were American movie gangsters, spitting out that famed James Cagney gangland phrase “you dirty rat.”

Thomas paints a complete picture of his family by talking about each as thy arrive at his home. There are loquacious aunts and quiet ones, garrulous uncles and contemplative ones (and one howlingly funny Marist). There is an aunt he has a bit of a teenaged crush on (he gets  her to kiss him on the cheek). There are songs to sung and dances to be danced.

Best, there are not just memories of the people, but of the small seaside village itself, and how it looked to the poet so long ago, with the night lights on at all the homes as Christmas night fell, all warm and tender. It was us looking at the towns where we grew up, too. 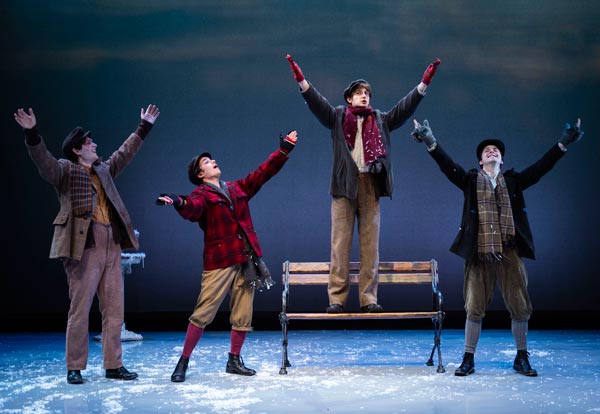 Director Monte gets superb performances from everyone in the play. Among the best were Isaac Hickox-Young as a lovable Dylan Thomas,  Amy Hutchins as Bessie,  Jeff McCarthy as Dylan’s dad,  Kristen Kittel as Hannah,  Courtney McGowan as Brenda, and Tina Stafford as Dylan’s mom.

If there is a relative in your house you do not like? Oh, well, have another egg nog…

The story of the play and its author is interesting. Thomas, a renown poet, had written poetry for the British Broadcasting System since 1937. In 1942 he wrote Reminiscences of Childhood and two years later Quite Early One Morning. The BBC turned down the latter. 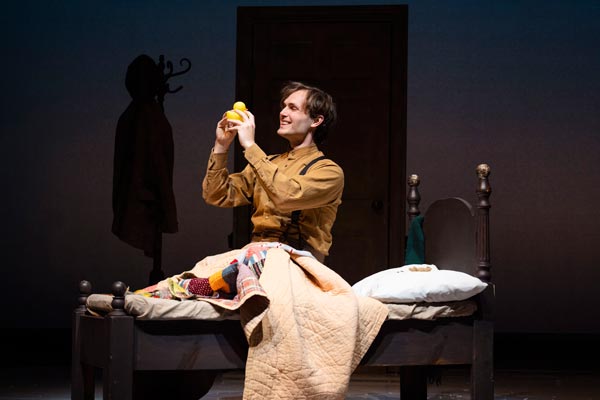 At the end of World War II, the producer of the Welsh Children’s Hour, Lorraine Davies, asked Thomas to write down some of his Christmas memories as a kid.  He later merged that work into an essay and magazine article.  In 1952, American record producers had him read five of his poems and recorded them, but had nothing for the B side of the record. As filler, poet Thomas suggested that he read his Christmas memories. The result was this play.

Many, particularly those in the UK, watch it on their VCRs every Christmas Eve. It is as big there as the movie “It’s A Wonderful Life” is here.

The play runs through January 1, 2022. Click here for ticket information.

You want a happy Christmas? See A Child’s Christmas in Wales. 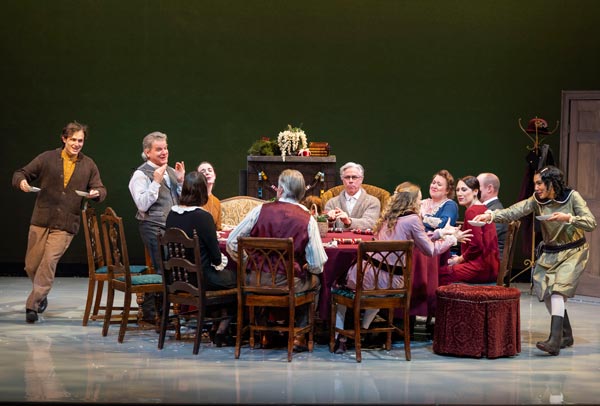