Makin Waves Song of the Week: “Julie the Redeemer” by The Successful Failures
NEWS | FEATURES | PREVIEWS | EVENTS
By Bob Makin 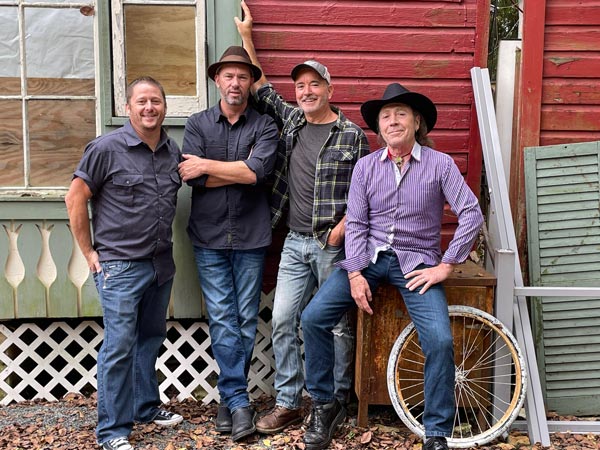 On their own FDR Records, Bordentown-based The Successful Failures have released their ninth LP, “James Cotton Mather,” their third in as many years. The 12-track collection’s first single, “Julie the Redeemer,” is the Makin Waves Song of the Week.

The new 12-song album by The Successful Failures, “James Cotton Mather,” is their third in as many years and ninth overall since 2006, which is incredibly prolific for an independent band.

Fortunately, founding singer-songwriter-guitarist Mick Chorba owns his own FDR Records. And “Julie the Redeemer,” his latest single from “James Cotton Mather,” is the Makin Waves Song of the Week.

As the Makin Waves Song of the Week, “Julie the Redeemer” also can be heard between 6 and 8 p.m. on Nov. 19 on “Radio Jersey” at ThePenguinRocks.com.

Available on vinyl, CD, download and stream, “James Cotton Mather” is an adventure-filled cinematic rock album, full of tragedy, disaster, rescue, and redemption. Nineteenth Century Maine provides the dramatic setting full of rough seas, salty sailors, raging rivers, and dark forests. Lyrics and music trace the coming-of-age story of the young titular character through a reckoning with his own fears of failure and death.

The band — also bassist/vocalist Ron Bechamps, drummer Rob Martin, and lead guitarist Pete Smith — recorded the album in October of 2020 in Mike’s home-studio, then in February re-recorded the record in Red Bank mostly live at Retromedia Studios with producer Adam Vaccarelli, who also mixed the album.

Having shared the stage with Steve Earle, Jeff Tweedy, and Deer Tick, The Successful Failures next will perform a weekend stand on Nov. 19 and 20 at Randy Now’s Mancave in Bordentown.