Makin Waves Song of the Week: “Energizer” by Rockstar Racecar 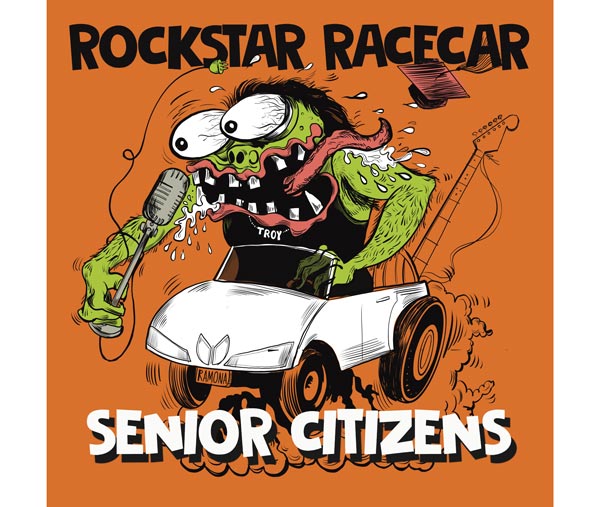 “Energizer,” the fourth single from “Senior Citizens,” the just-dropped fourth album by the young North Jersey punk rock band Rockstar Racecar, is the Makin Waves Song of the Week.

As the Makin Waves Song of the Week, “Energizer,” also can be heard between 6 and 8 p.m. on Nov. 12 on “Radio Jersey” at ThePenguinRocks.com.

“Energizer” follows the 2021 singles The Misfits-inspired “Created a Monster,” the gender-bending “Girl for a Day,” and the Elton John-influenced “Rock & Roll Night in America.” All are on “Senior Citizens,” follows three previous albums since 2017: a self-titled debut; 2018’s “The Real Housewives of Pyongyang,” and 2020’s “Hunk Oasis.”

It’s hard to believe that Troy Donohue, the founding singer-songwriter-guitarist of the prolific band, hasn’t even graduated from high school yet.

“In the beginning of the year, I released Trojan Warfare, which was pretty much a pandemic project written in isolation and recorded by our producer Gerry Griffin,” Troy said. “This is an album I wrote to record together with the band. We really hope to be playing these songs and get as many shows as possible. This is the last year of high school for me, and I hope to go to Nashville after graduation and try to make it as a professional musician and songwriter.”